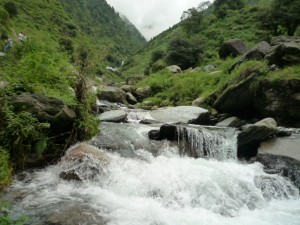 Four weeks. Four girls. Fatigue and frustrated. Our Backpacking trip through Northern India wasn’t meant to be a vacation.

But when we coincidentally ended up in McLeodGanj, a peaceful region situated at the bottom of the Himalaya, we soon forgot about the previous annoyances every Backpacker experiences whilst traveling India. Scams, harassment, crowds, and dirt just seemed to vanish into thin air the moment we got off the bus. Gazing at the mountains swathed in clouds, surrounded by silence and nature, we couldn’t believe we were still in India. We soon noticed many evidences of the Tibetan culture. The large presence of monks, colorful prayer flags and Tibetan cuisine made us curious about this peaceful paradise and so we started to investigate. I soon realized that this place of heaven actually emerged from hell. 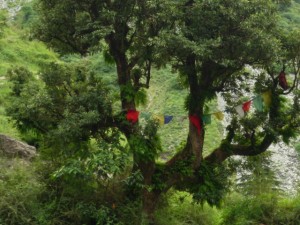 Before 1959, Tibet was a peaceful autonomous region southwest of China, embedded in the Himalayas and lead by the spiritual leaders and the Dalai Lama. The Chinese government never accepted Tibet’s independence and in 1949, after Mao Zedong took over, the “peaceful integration of Tibet into the Chinese mother country” was one of the main political goals. In fact, Chinese troops occupied Tibet and millions of lives have been lost.

90% of the Tibetan culture has been razed. And the conflicts goes on and causes new deaths day by day.

It is, of course, all about money, natural resources and power. This is how the Chinese justify the massacre. 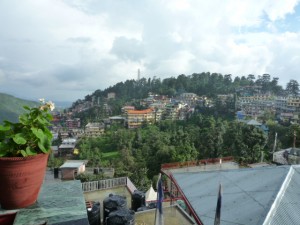 The dangerous situation in the Himalayas made thousands of desperate Tibetans search refuge in McLeodGanj, India, which is today seat of the Tibetan government-in-exile and the official residence of His Holiness, the 14th Dalai Lama.

It was fate I met Tamding Tsetan during my investigations. One rainy day, i found myself climbing up a wobbly exterior staircase to get to a tattoo studio I’ve heard about. It was a shabby apartment in a dormitory, basic and relaxed. Someone in the background was playing the guitar. Tamding’s room overlooked the beginning of the Himalaya range with hundreds of little houses that seemed to be integrated in the hills.

When Tamding opened the door, his long hair, tattoos and big smile made him immediately likeable to me. We got along really well and in the course of the evening, he told me his story. 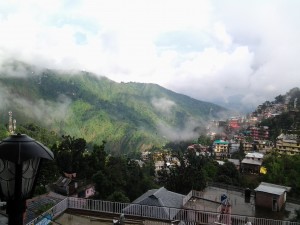 Barefoot and nearly dead from starvation, after months of unimaginable horrors, Tamding finally reached McLeodGanj. He was traveling 1000 kilometres across the Himalaya, by foot and in winter. His companions said, Chinese troops could not survive altitudes that high and temperatures that low. But could he? He was asking himself.

He remembered one day, when Chinese soldiers started a gunfire and killed half the group. Some of them who survived were arrested and sold back to the Chinese border for a few dollars. He even watched a monk drown in a river. From his group of 49 people only 12 survived.

He never knew what happened to all the others.

But he said escaping Tibet was the best he could do. He now lives in McLeodGanj and is starting to establish himself as a tattoo artist. He wont be able to return to Tibet, the escape made him a public enemy. He wont see his family again, under no circumstances will he be able to visit his beloved home country ever again. 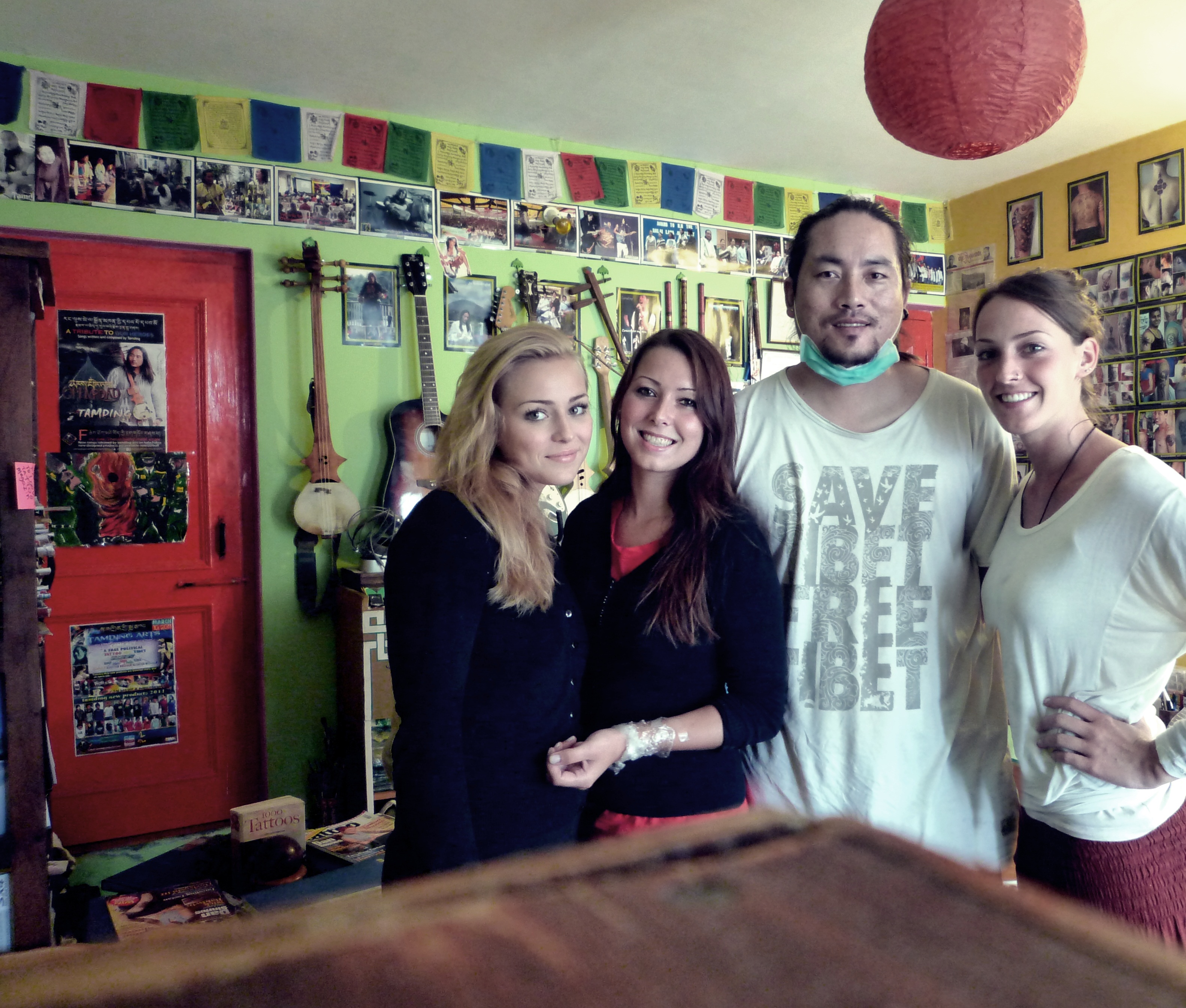 But, was it worth it? I heared myself ask. “Yes,” he said. “Freedom is the most worthwhile aim in life. It is worth fighting for. It is worth dying for. It Is worth every sacrifice.”

The answer to my last question changed my attitude for ever. “What is freedom?”

“Its is the absence of death and danger,” he said without hesitation.

Walking out of Tamdings room, I stopped and stared at the mystically appearing mountains, softly lit by dawn light.

This was the moment I felt unconditionally free for the first time in my life.

I realised that freedom is a luxury that needs to be appreciated more than anything else in the world. At home, the luxury of freedom was handed to me on a silver platter and I took it for granted, I took the way I used to live and grew up for granted.
We all are too busy complaining about duties and irrelevant restrictions, we forget to appreciate the privilege of personal freedom. It’s more than being freed from obligations and commitments, it’s more than traveling. It’s being freed from prosecution and humiliation.

Thank you Tamding Tsetan for making me appreciate and realise how free, independent and fortunate I am and always will be.

I devoutly hope that one day, there will be peace and freedom for those who suffer the most but cry out the least.

About the Author: Louisa Wolf: I’m an ordinary 21 year-old girl from Berlin, Germany, who just started studying economics and sociology. Coming home after 8 months of traveling around India, southeast Asia and Australia and being thrown directly into university routine made it hard for me to acclimatize myself to the life i used to live here. Nothing changed, no one changed, everything is just as it used to be before I left. At the same time I sometimes feel like a completely different person and even out of place in this normal, settled and unchallenging kind of life. I started writing to come to terms with my feelings, to hold on to my memories and to digest the things I’ve seen. It makes it easier for me to accept being thrown back into reality and especially to accept the things I cannot change for now.

Tulum, Mexico
Memories galore on the beach in India
Finding Hope and Hospitality in the West Nile
Ireland: Land of the Horse

2 responses to “Tibet: Finding freedom in an Unfree World”