New Mexico: Freedom On The Ground 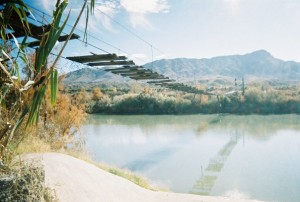 Just outside the town of Truth or Consequences, in southern New Mexico, there’s a spaceport designed for taking tourists into outer space. Called Spaceport America, the state-of-the-art facility isn’t ready for launching wannabe astronauts into the cosmos just yet. But once it is, perhaps in late 2013 or early 2014, regular folks will be able to experience spaceflight starting at $200,000 a pop. The price may sound steep, but one of the space-travel carriers, Virgin Galactic, owned by billionaire Richard Branson, already has a waiting list of 600 people.

It’s funny to me that anyone would be willing to pay so much just to get away from home. I mean, there’s getting away from it all…and then there’s getting away from all of it. I have to wonder what experience those who have signed up for a spaceflight are expecting. What is it they seek in outer space that they can’t find here on earth? Perhaps it’s a feeling of exhilaration, of new sensations. Or maybe it’s freedom—the radical kind that comes from being completely cut off from the world you’ve always known, even if just for a few hours.

I can understand that desire, though I don’t think a person has to leave the planet to fulfill it. In fact, I know you don’t even have to leave the vicinity of Truth or Consequences, the dusty little town that neighbors Spaceport America.

In the fall of 2008 I took a month-long cross-country ride via Greyhound bus from my native Chicago through the southern and southwestern states of America. I’d just quit an office job and an apartment with the intention of spending some time traveling around the country and globe. I was on my own for this Greyhound trip. I was as excited about having no one to answer to and no schedule or wishes to follow but my own as I was nervous for my safety being a woman traveling alone. Call it a fearful freedom. 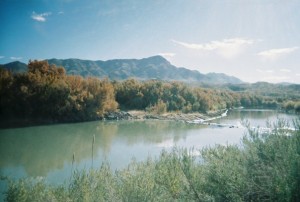 I crossed 15 states in my Greyhound journey, spending a night or two in about as many towns and cities. There were many highlights on my journey, but the one that stands out most in my mind is the time I spent in that small, old West town flanking the futuristic spaceport: Truth or Consequences.

I chose to stop there solely because of the name. Travel is about answering whims as much as it is following dreams or seeking freedom—maybe they’re even all the same thing. It turned out the town got its name from a popular radio quiz show called Truth or Consequences that was holding a promotional nationwide contest. The little town in New Mexico won the contest and, as part of the deal, a new name for itself, changing from its original Hot Springs to Truth or Consequences—or T or C, as most local folks call it today.

Now the name of the town may have changed, but those hot springs that gave T or C its original name didn’t go away. And while I didn’t come to T or C for the springs, everyone I met at the funky trailer park turned hostel and spa where I was staying insisted I try a soak. The springs have a high mineral content and are known all around the area for their therapeutic benefits. And of course, the best one in town was run by the hostel—an open-air spring situated right on the banks of the famous Rio Grande. 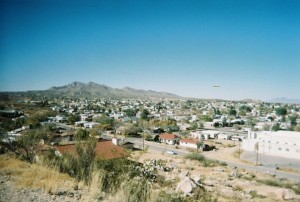 I’d been traveling for nearly three weeks. Anyone who’s ever traveled overland for long distances knows how weary and grubby it can make you feel. Even if I didn’t know it when I boarded the bus headed to T or C, those hot springs were calling me.

I waited until my third and final day in town, waking up early so that I might have the springs to myself. The morning was still gray as I crossed the hostel grounds to the pools. By the time I stepped into one of the pools, the sky was just beginning to take on a glow from the rising sun. I had the pools, the river, the sunrise, and the mighty Turtleback Mountain on the other side of the river, all to myself. No one else would come along for another hour. I spent that hour soaking in all the good minerals from the springs and watching the sun rise over the mountain and the river quietly run by. I think that hour melted all my traveler’s fear and anxiety away. It cost me nothing, and I didn’t even have to leave the earth below my feet. Freedom isn’t found in the farthest places. It’s found wherever you leave fear behind.

About the Author: René Ostberg is a native of Chicago and the owner of a women’s tour company, Wayfaring Women Tours . She also has a writing blog called Writing and Wayfaring . Her travel stories have been published on the Britannica Blog and the Aran Islands website blog.

Cambodia: Lost and Found in Ratanakiri
My Motorhome Adventure Across America – Bertha and Me
My Special Place By The Sea, California
Winners: Independence Travel Writing Contest

One response to “New Mexico: Freedom On The Ground”