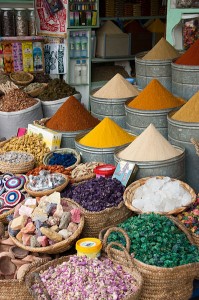 I don’t know about you, but sometimes I get tired of this modern age: the constant beeping, the ringtones, the crashing lap tops. So after my third hard drive crash in as many months I decided to remove myself from the modern world, if only for a short while. Computers are made from silicon, right? So I opted to return to the source: sand – and what better place for sand than Morocco? Holidays in the traditional sense bore me to pieces, so I got a package with a company that specialises in activity holidays.

I flew into the south west part of this country and, upon landing, was immediately struck by the heat, the colours and the noise. But of people selling their wares this time, rather than playing their rubbish music upstairs on a bus: It was music to my ears. The smell of shisha pipes also invaded my senses; immediately I felt better. Six of us were then collected in a rusting old pick up truck and driven on a hot dusty road for about two hours until we entered the northern outskirt of the Sahara Desert. Tin shacks by the road side, chickens scattered out of our way, the landscape gave way to an ominous ochre vista. Sand dunes on either side, and even though the sun was sinking behind them, it was still blisteringly hot.

The stars emerged blinking and it was notably colder as we got out of the rusting old truck, collected our rucksacks and were greeted by Afthi. He was to be our guide for the next few days, but, on this, our first evening in the desert, we were to sleep in some traditional nomadic tents. They were decked out in some amazing Moroccan rugs, surrounded by lanterns and tea lights. We spent the evening sat by a fire, eating grilled vegetables, spicy meats and swapping stories. 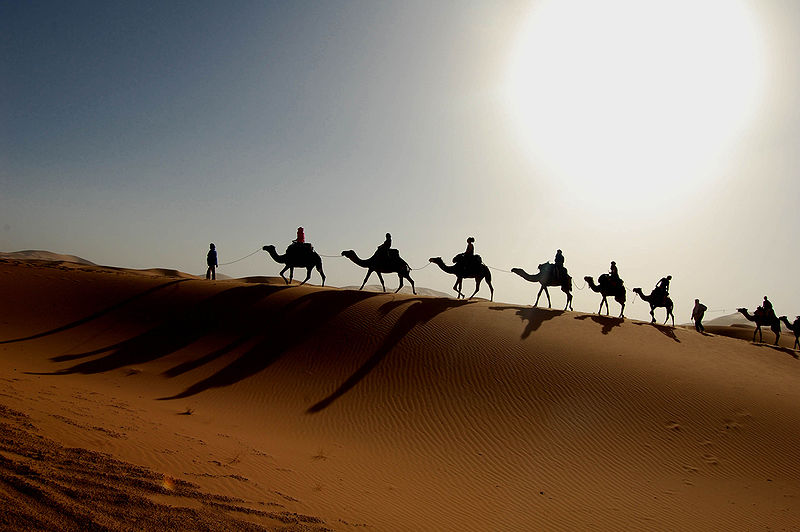 Then it was an early night before we were up at five am – to beat the heat – and set off through the desert. We met up with another group who joined our desert caravan. Twenty camels, all of whom had the hump. I didn’t blame them – having to carry fourteen people, whilst the other six carried all our baggage, camping equipment and water, lots of water. 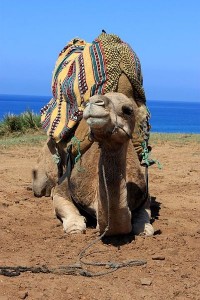 By seven am, the desert was baking hot – as you might imagine. But! Regardless of how hot you envision it to be – then imagine it hotter than that. Then add on a few degrees more. It was hot. Thankfully however, Ashti knew how to guide us through dunes and areas that provided some shadow and shelter – a few trees here, a collection of huts there. We also passed many villagers who must have walked miles to draw water out from wells. They didn’t even seem to be bothered by the heat, not like my camel, who kept snorting and stopping for no reason. We are also offered dates and other fruits by the villagers and in return all they wanted was to have their picture taken with us.

After trekking through the intense heat for six hours, we finally stopped at a Kasbah. Another fire, more spicy meat and then we settled down for the evening. Hot and exhausted yet eager to embark upon our journey to Marrakesh the next day. My computer troubles seemed to be miles away….

One response to “A Moroccan Adventure”