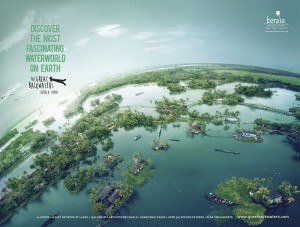 This is an entry in the We Said Go Travel Writing Contest written by Zamira Rahim from America. Thanks for your entry Zamira!

Come July, it is worth visiting Kerala for the rain alone. The monsoon is a spectacle; humid, dramatic and drawing the human eye.  Small wonder then that Indian rain features so prominently in the backdrop of Bollywood cinema; it claims a season for its own and serves as a prelude to the opulent vegetation in Southern India. 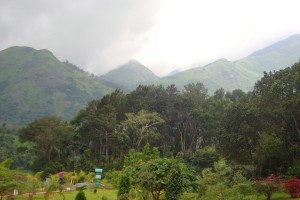 The Keralites know the value of water. They know that it feeds the legendary backwaters of Allapuzha. These untouched, rippling lagoons – an echo of the nearby Arabian Sea – are India’s worst kept secret, ensconced in this quiet, suburban state. Lightweight wicker constructions –the houseboats – can be hired out for a day and a night too, circling up and around the Malabar Coast, tender coconut available at the occasional bank. Watch for the sight of small children playing in what urbanisation has not yet impinged upon. Watch for the canoes that serve as public transport for the fragments of population that still live by these lakes. Listen to your captain. He will have stories to tell, in between bringing you strips of banana toasted in golden batter to eat with your tea. If you ask nicely he may even let you take the wheel.

Tea, with and without milk, from bag and leaf, will be served to you by the young waiter in your hotel at Fort Kochi or Thiruvananthapuram, by the curious owner of  the chai shop on the corner of the street, even by the young women working at the sari counters you browse. Incidentally, the Kerala saris you will inevitably ask after are those made of white silk, hemmed with gold; they are worn with a splash of claret or emerald at the shoulder. They suit everyone. 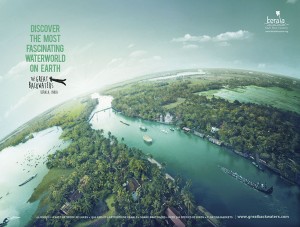 If you are hardy enough to trace the tea leaves away from the commercial hub of the M.G. Road, you can drive up to the Western Ghats; a mist covered mountain range running along the state border. Here you will find the tea estates and the best of views, in hill station towns built on the edges of hairpin bends. Here the souvenirs are as plentiful as the hotels. 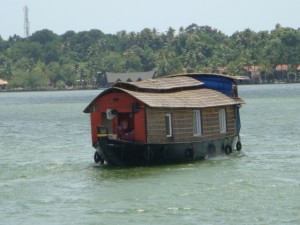 Perhaps the range of geography does not interest you. No matter. The historians have their own map to follow. Caught amidst the Dutch Palace, the Portuguese Church and the British Lighthouse, the innocent tourist may well wonder if they have stumbled into medieval Europe. But the balmy sun and crisp Dravidian language of modern day Kerala would soon infringe upon that illusion. The colonialists left a road map of sites from the rustic loveliness of Kochin to the clear blue water flirting with the sand at Thangasseri Beach. Every local here knows the tale of Vasco De Gama, the villain of schoolboy history lessons and will happily recount it for your pleasure. For the morbid, a meandering Dutch cemetery is the most permanent mark left by the earliest tourists.

If you can, stay for Onam.

Not simply for the food, though the rosewater flavoured rice heaped upon the plantain leaf is tempting, but because it will give you a chance to try on that sari or that mundu, to pin jasmine in your hair and celebrate the coming of the harvest in the place they call God’s Own Country. 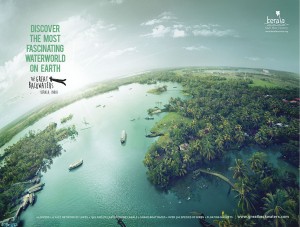 Munchausen Syndrome and the Oregon Coast
Greece: Sunrise to Sunset in Santorini
Once Bitten, Forever Happy in India
Never Regret a Moment Spent on a walk in India

Enda Glacken is a native of Ireland who loves writing on all topics relating to Ireland, particularly history and folk tales. When he is not busy running The Celtic Jeweller he can be found exploring around Ireland or on a football (soccer!) pitch somewhere.