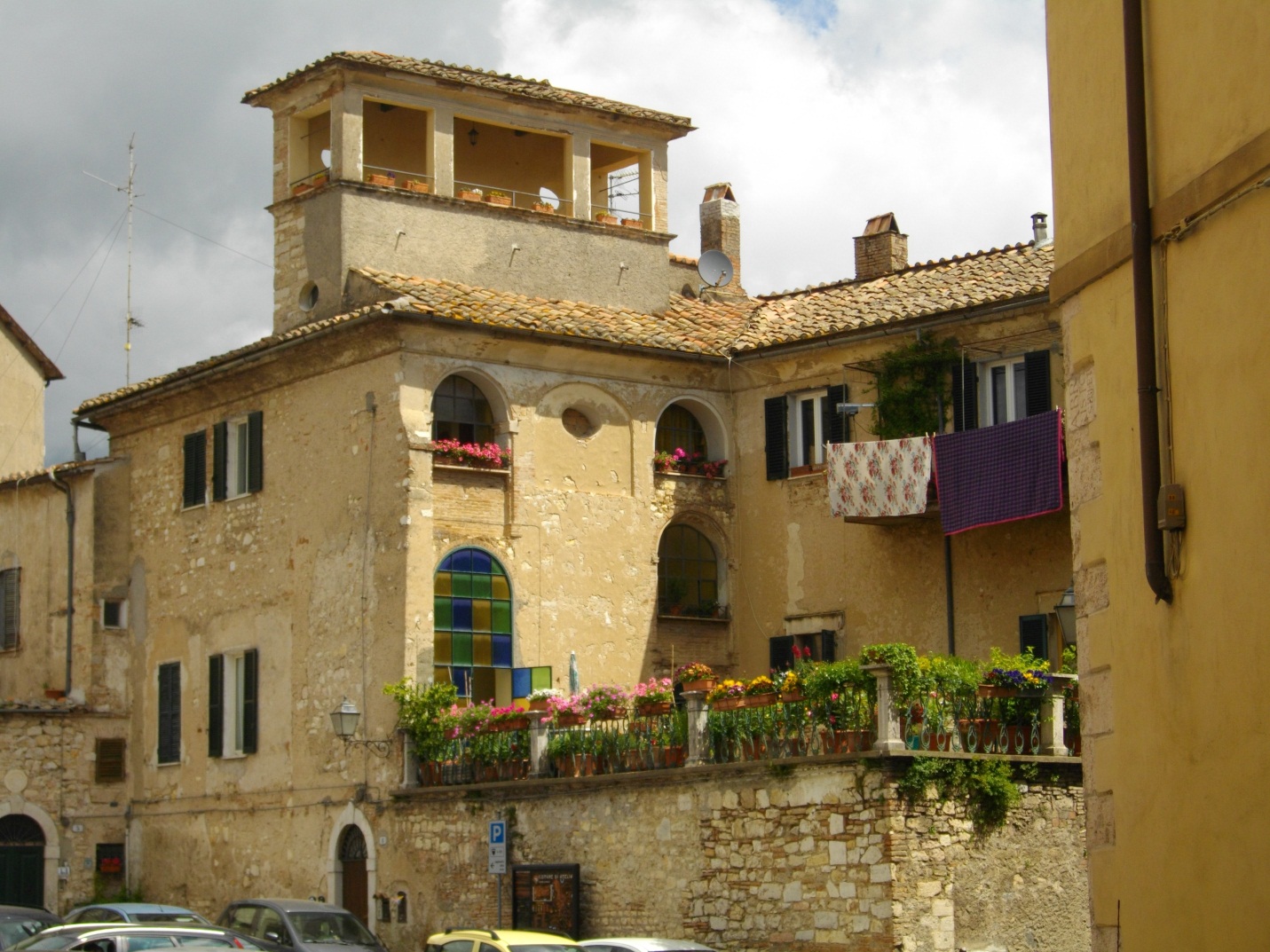 I always forget my camera.  ‘How will you remember?’ My mother asks, brow furrowed.  My response: ‘If I forget something, then it wasn’t that important.’  A philosophy that has not always worked out.  So, on my trip to Italy, I was determined to record everything.  Not only to save my memory but my life –my mother might bite off my head if I came back from our ancestor’s birthplace with only a few souvenirs as evidence.  Italy, prepare to be digitally re-mastered.

Spiraling up the narrow streets of Old Amelia, my every idealistic dream of Italy is fulfilled; I would have been disappointed if I hadn’t seen homes with ivy crawling down their walls or a clotheslines waving in the sun.  I had only been in Amelia a week, and the town’s historical feel and flourishing countryside had siren called my friend Bailey and I.  As we photo raided the old town, our descriptions were all the same.  With the crumbling stone streets and flowers blooming from every crack and balcony, it was the perfect setting for Romeo and Juliet.  With the expanse of forest stretching to forever, I immediately blurt out Fangorn.  With side paths leading to hidden caves, we understood how Fairy Tales crept into the minds of men.

My mind felt muddled.  I was uncertain whether the magic quality I was so sure I sensed hanging in the air amidst the countryside was authentic, or merely stemming from my own expectations of Italy.  I expected charming villas and houses impossibly gripping hillsides.  But my mind only saw how the real Italy fit into my own created version.  I refused to compare Italy to anyplace I had seen in the United States –Italy was mythical.  Legendary.  Unattainable perfection.  Fairy tales and Lord of the Rings comparisons uplifted Italy onto a pedestal of fantastical proportions.  As soon as Italy resembled the United States, its magic would die. 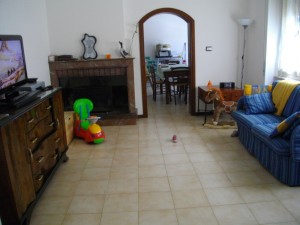 I desired Italy’s old-school charm, but it isn’t a country of stone cottages with people baking their own bread.  My host family had a washing machine, internet, and televisions in just about every room.  Nevertheless, I took the majority of pictures in Old Amelia, the stereotyped ancient Italy.  Not only was I perpetuating the illusion of idyllic Italy for myself, but for everyone who would see my pictures.  I was trying to force Italy into my narrow vision instead of letting Italy show itself to me, resisting Italy’s introduction to a more modern age.  Americans want the tourist Italy displayed in movies, but Italy needs modernization to survive.  A difficult dichotomy for Italy to juggle.  How can it prosper if the marketplace is holding it back?  How can it satisfy the world if we are demanding it to maintain its traditions, but throw a fit if there is no Wi-Fi?

Yet it would be impossible for Italy to live up to my idyllic standard, since Americans cannot decide what we want.

On the golden bridge in Florence, in Titignano exploring vineyards, in Assisi experiencing the spirituality of the church, all the students, even I said –‘Just wait until Rome.’  We were in places full of history, culture, and beauty.  Yet it wasn’t enough.  Italy wasn’t Italian enough for us.  We were looking forward to the bigger, the better.  Even my host mother contributed to Italy’s inability to compete with itself as she said to me over a handmade pasta dinner, ‘Florence is beautiful, Assisi great, but Rome is best.’

Could even Rome fulfill the ideals I had built?  Or was it only where I would collect the best pictures, ones untouched by the modern age?  Temples, the pantheon, Colosseum.  Perfect for my photo presentation to my family to show the magnificence of Italy.  However, moments where pictures were impossible, or not impressive enough to earn a place in my slideshow, captured a spirit of Italy photos failed to illuminate.  When my host mother translated the News for me every night, laughing at the ridiculous politicians.  When I was waiting to see the David, but was more interested in watching the man who sold pictures on the streets, run from the cops.

Maybe it’s serendipitous I sometimes forget my camera.  Behind the camera I control what I see and show others.  Leaving the camera behind allows Italy to show itself to me without my own stereotypes staining my photos and memory.  Italy is a mix of history and art and myths, but we often forget the authentic Italy, the common people who actually live there.  Americans need to accept Italy as it is, or is trying to be, and not foolishly like me decide to try and preserve a culture we think we understand.  We cannot prevent Italy from progressing and flourishing in its own way –mastering its own life.

About the Author:  I’m Lindsey Fischer and I am going into my junior year at Allegheny College, as an English major, and History and Latin double minor.  Originally I am from Ohio, where all the members of the Italian side of my family live, and eat, and talk and talk…I love reading writing, swing dancing, and now, travelling!