Love is All You Need in Liverpool

This is an entry in the We Said Go Travel Writing Contest written by Sarah Humphreys from England. Thanks for your entry Sarah!

Wandering through the centre of Liverpool at 9am and overhearing a Scouser, as the locals are known, say to his mate, “Do you think it’s too early for a pint?” I really know I’m home. Nowhere else does such optimism exist.

It is surely no coincidence that the street connecting two of Liverpool’s biggest rivals is named Hope Street. On one end stands the majestic Anglican Cathedral, the largest in Britain. On the other The Metropolitan Cathedral of Christ the King, affectionately known as Paddy’s Wigwam, sits like a huge concrete spider. 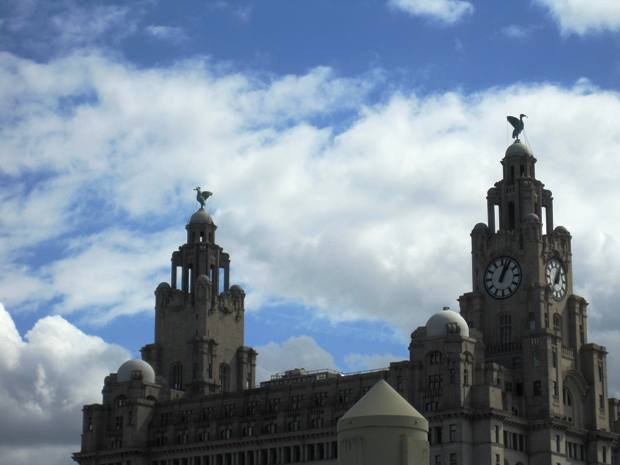 These unmistakably characteristic buildings are prominent in Liverpool’s skyline, rivalled perhaps only by that in Manhattan, at least as far as Liverpudlians are concerned. Best appreciated from the river, while taking the famous Ferry Across The Mersey, the cathedrals form a backdrop to Liverpool’s distinctive waterfront and docks which have been a UNESCO World Heritage site since 2004 and were the last sight over nine million hopefuls would have seen as they set off to The New World between 1830 and 1930.

I have a particular affection for the Liver Birds, which stand on top of The Royal Liver Building. The symbol of Liverpool, legend states the city will collapse if they ever fly away. Despite war, unemployment, riots and poverty they have never deserted us.

Having lived away from the North of England for over twenty years, one of my delights when I get back is sitting on a bench in the centre of town and just listening. Love or hate it, the distinctive Scouse dialect has a nasal music all of its own. Those unfamiliar with the lingo should purchase a handy phrase book such as “Lern Yerself Scouse” to pick up the basics.

Nowhere can outdo Liverpool for music and the list of musicians who have poured out of the city is endless. Of course, four names spring to mind and it is impossible to move round Liverpool without hearing the strains of The Beatles wafting out of pubs, bars and shops. John Lennon’s message of peace can even be found at the airport bearing his name, which reminds us “above us only sky”. 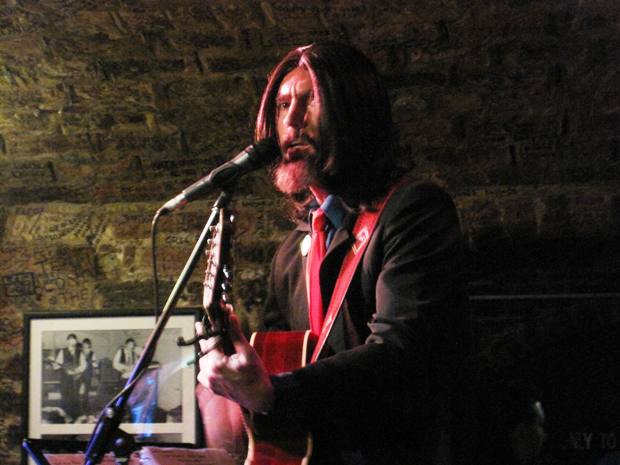 Liverpool is not just a collection of buildings, streets, museums, businesses and industries. It has a real breathing heart and soul. Of course, it is the people who make the city come to life. In the face of tragedies such as The Hillsbourgh football disaster, where 96 spectators were killed or the suffering caused due to the Dockers’s strike, Scousers always pull together. This is well reflected in the anthem of Liverpool Football Club, “You’ll Never Walk Alone.”

Just catching a glimpse of Paddy’s Wigwam on the skyline before disappearing into a damp Victorian tunnel, whose walls are always covered in moss, always means I’m on my way home. Being met under the clock at Lime Street Station has a feeling of nostalgia that cannot be beaten. A meeting place for lovers, friends and family; there is a sense of sharing in the history of the thousands who have done this before and the knowledge that thousands of others will do the same. After all, as The Beatles said “All You Need Is Love” and this place is full of it.

About the Author: Sarah Humphreys: I have been writing since I could hold a pencil. I am originally form near Liverpool in the UK but I’ve lived in The USA, Greece, The Czech Republic and Italy. I’ve been living in Pistoia, near Florence for 15 years, where I teach English. I am passionate about poetry, Literature,music and travel.

3 responses to “Love is All You Need in Liverpool”