How to Write a Bad Travel Story 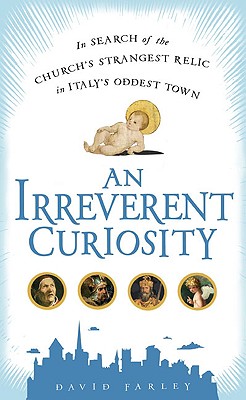 asked David Farley for permission to share his article from World Hum: How to Write a Bad Travel Story. We hope it inspires you to read, write and share your stories with us! Join in our Travel Writing Contest: Free Entry, Cash Prizes and a Raffle for great travel books!

Despite popular belief, becoming a travel writer doesn’t always require moving to a village in Provence or restoring a villa in Italy. In fact, it doesn’t even mean you have to write good travel tales with a deep sense of place and an intriguing angle or storyline. See, you can simply write bad travel stories.

Here are a few tips on how to do just that.

● Let’s start with the intro, or, as it’s called in the biz, the lede. The lede in a bad travel article should usually open up with you, in general, and you and your husband Larry, in particular. Example: “My husband Larry and I marveled at the lush landscape surrounding the cottages at our overnight lodge, even though it was winter in the Southern Hemisphere and dry season in East Africa.” Your goal here is not to write an intriguing, attention-getting lede, but to mention Larry as soon as possible. Goal achieved!

● Try not to have much of a point. In some travel magazines and newspaper travel sections editors like articles to have something called an angle—a perspective—and normally it should be as fresh and unique as possible. The “nut graph,” an oddly named anatomical literary part, comes toward the end of an article’s intro and states the focus of the article. It tells the reader where this article is going and it helps you, the writer, craft a piece that stays focused. But in this case, you don’t need a nut graph. Instead, craft a narrative that involves a play-by-play of everything that happened on your trip.

● Use as many clichés as possible. Are you writing about Mumbai or another city that has a large gap between the wealthy and the poor? Then you’re obligated to refer to it as a “city of contrasts.” In fact, this useful cliché could apply to all cities. And be sure to pepper your articles with: “quaint,” “charming,” “rustic,” and “cute” to describe villages. And don’t forget “unspoiled gem” and “breathtaking view.” Also, comparing one country to another—as in “Croatia is the next Italy,” “Montenegro is the next Croatia,” or “Albania is the next Montenegro”—is always a good idea.

● Tell, don’t show. Sure, you could write something like, “We traipsed across the chunky cobblestones of the village’s only lane, flanked by half-timbered, thatched-roof houses, and we could smell the morning’s first offerings from the village bakery.” But why, when you could just as easily write, “The village was quaint and charming”?

● Don’t concern yourself with what is called “exposition.” As Thomas Swick wrote in his essay Roads not Taken, “It is not enough simply to describe a landscape, you must now interpret it.” And by that, he means you put the place into a historical context to corroborate the point of your piece (which, as mentioned above, is unnecessary). This is what exposition does and it’s usually interwoven between scenes and dialogue (all of which you shouldn’t have, either). Swick need not be listened to. Making sure that the reader is both entertained and educated is not your problem. Travel writing is all about you (and your husband, Larry).

● Speaking of solipsism, it’s important when you’re on the road and gathering information and experiences to write about, that you talk to as few people as possible. Remember: We only want to hear about you (and Larry)—not the locals. Quoting people is for real journalists, not travel writers. Which brings up another characteristic you should not fall trap to: curiosity. It killed the cat. Don’t let it kill you.

● In your conclusion, don’t worry about ending your piece with an effective jab or about making sure the ending captures the point of the story. Travel articles should end with a nice cliché: a vow to return, for example, never fails. Here’s an example from my own private cellar of bad travel writing, originally published in the travel section of a large daily newspaper: “… despite mixed results about the new Berlin, it seems that locals have created an infectious buzz about the city. I know I caught it, because as soon as I got to the airport, I started making plans to come back.”

● Don’t read good travel writing. It’s true that reading good writing can make you a better writer, but it will only serve to make you frustrated. Don’t read The New Yorker or Granta. Likewise, don’t read any “how to” books on travel writing, especially the best one, Travel Writing, by Don George. Neither should you consider joining a writing group or taking a writing class.

See, it’s easy to be a bad travel writer. And if all else fails, there are still several villas in Italy in need of restoration.

About the Author: David Farley is the author of An Irreverent Curiosity: In Search of the Church’s Strangest Relic in Italy’s Oddest Town and co-editor of Travelers’ Tales Prague and the Czech Republic: True Stories. His writing has appeared in the New York Times, The Washington Post, National Geographic Adventure, and New York, among other publications. He teaches writing at New York University.

Part 1: Grateful for our WSGT writers!
Here in America, What’s Outside Your Window?
New Mexico: Freedom On The Ground
#RBQuests: Adventure in Western Puerto Rico

3 responses to “How to Write a Bad Travel Story”