6 Years Together! Dreams Do Come True! 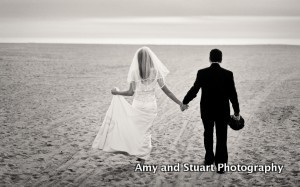 Six years ago, on January 18, 2007, I had the best first date of my life. However, the get-together almost did not occur. I signed up for The Onion Personals online site, but George was not a member, having signed up at an affiliate site, Salon.

Fate intervened again when an automated email triggered by Salon suggested me as a woman in the area who fit George’s criteria. Not having remembered his first email to me months earlier, he wrote to me on January 8, 2007 and this time, I did return his email. After a week of corresponding, we planned to meet by the beach in Santa Monica at Casa Del Mar. During his drive to our rendezvous, he nearly turned around because thoughts of “this won’t lead to anything” crept into his brain. So many moments had to align for us to meet. Thank goodness we both were ready to show up on this date.

Our first date lasted over five hours and ended with multiple passionate kisses with the promise of another meeting. I was ecstatic. I could not believe it. After months of online dating, I finally had a second date! At the time, I pondered could he be too good to be true?

During the last six years together, we have spent nearly half of our time traveling abroad and I have discovered he is perfect for me. There are moments when we don’t agree or get along, but they are rare. Overall, we are a great team who challenge each other to be our best.

Last month, we celebrated our third wedding anniversary, reminiscing about our first date and our wedding — both of which took place at Casa Del Mar. As one friend remarked, “It was a good thing you did not initially meet at Starbucks for your first date,” signifying that it would not have been a great wedding spot! 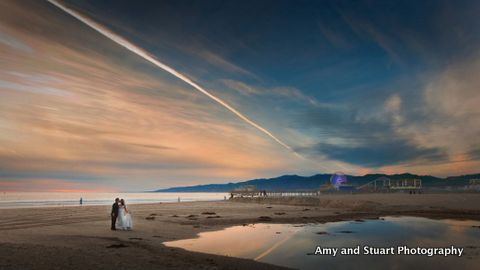 During the voyage of life and our sabbatical year in Asia, it is important to have a great partner. In the movie Love and Other Drugs, the main character says to his love, “You meet thousands of people and none of them really touch you, and then you meet one who changes your life.” George has completely changed my life in ways I never imagined and I am so grateful to have him in my life.

I hope that 2013 brings you all you ever dreamed of and that you are grateful for the good in your life. Before I met George, I did not think I would ever find a life partner. I’ll leave you witha line from The Best Exotic Marigold Hotel: “Everything will be all right in the end. And if it is not alright, it is not the end.” Believe in your dreams and if they have not come true, it is not yet the end! 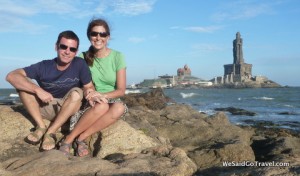 About the Author: Huffington Post Bloggers, Lisa and George Rajna, are on a sabbatical year in Asia. They are editing their travel memoir about their sabbatical in South East Asia in 2008 where Lisa lost sixty pounds and they got engaged underwater in Thailand. Follow them at www.WeSaidGoTravel.com.

Join in their Travel Writing Contest: click here for all the details–free entry, cash prizes and a raffle of travel literature. Enter by February 14th!

The Voluntourist: How to live a life that Matters!
Jumping Ship: Sidetrippin’ in Napa by Hot Air Balloon
Become What You Believe: Week 1 with Oprah & Deepak
Distrito T-Mobile: Zip-line, Movies and Live Entertainment