Stella Australis: Cruising Through Time at the Bottom of the World

The Strait of Magellan and the Beagle Channel look pretty much the same as they did when Ferdinand Magellan and Sir Charles Darwin sailed these waters hundreds of years ago. From the deck of the Stella Australis on the 3-day expedition cruise from Ushuaia, Argentina to Punta Arenas, Chile, I spent a lot of time gazing at snow-covered peaks, majestic glaciers, forested hills, and the cobalt waters with few signs of civilization aside from an occasional fishing boat. 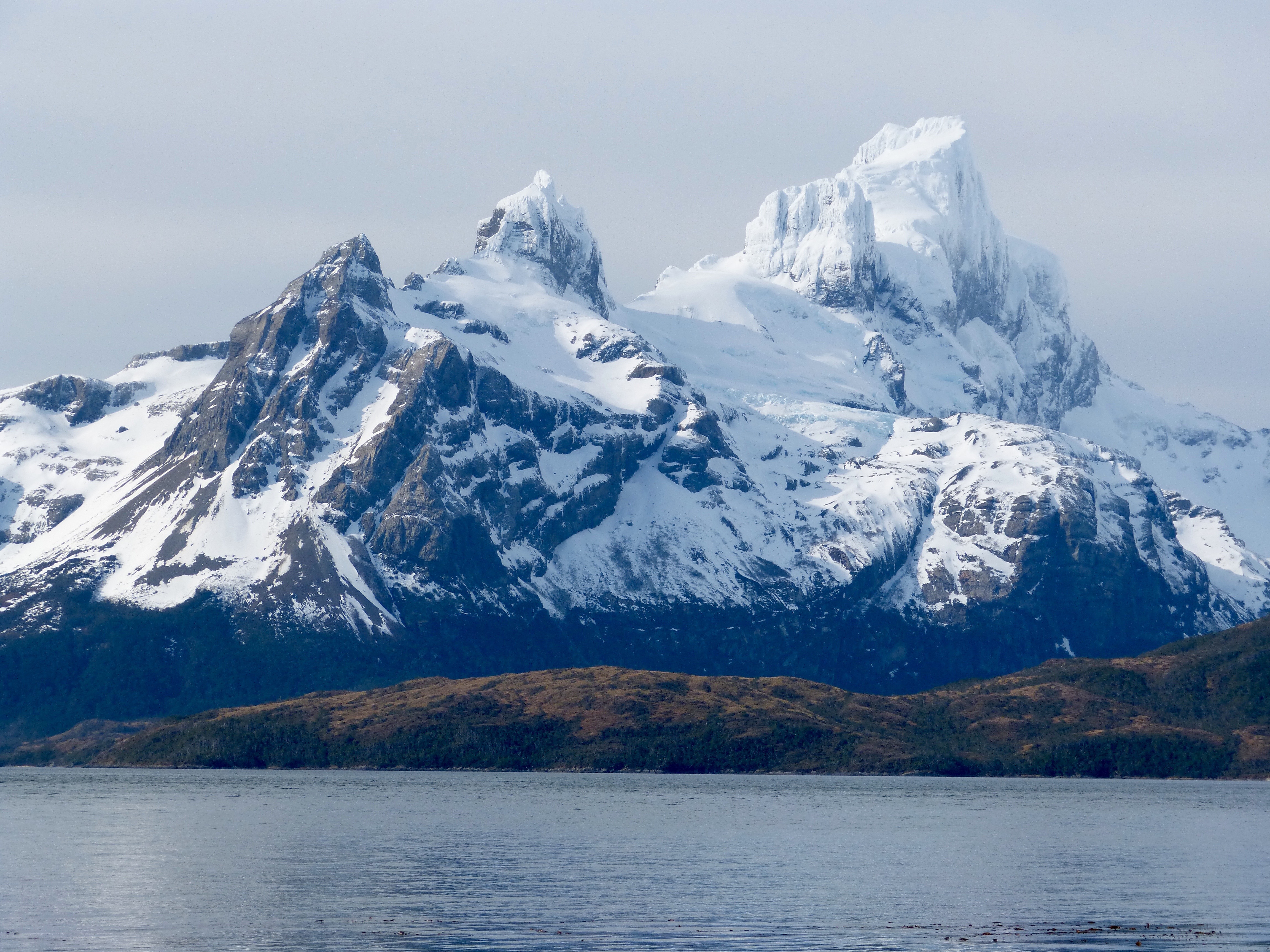 Unlike many cruises, our days were filled with land-based activity. The first morning we rode in a Zodiac to windswept Cape Horn, once the bane of sailors navigating between the old and new worlds. We climbed a flight of stairs from the dock to a boardwalk at the top of the cliffs then walked for less than a mile to the highest point on the island. Back in the day Cape Horn was often referred to as “the end of the earth,” which is how I felt standing there looking out over the wild seas. 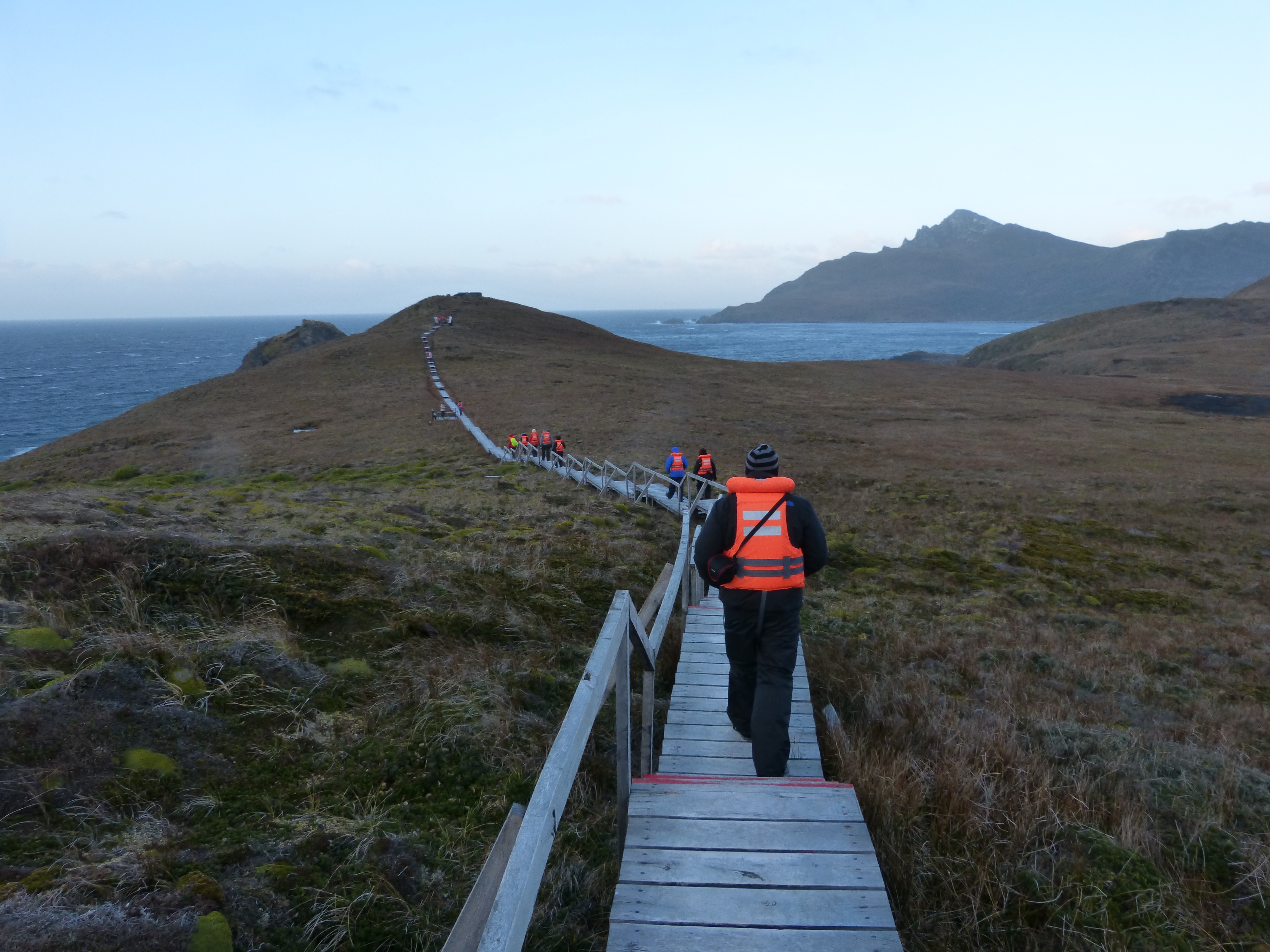 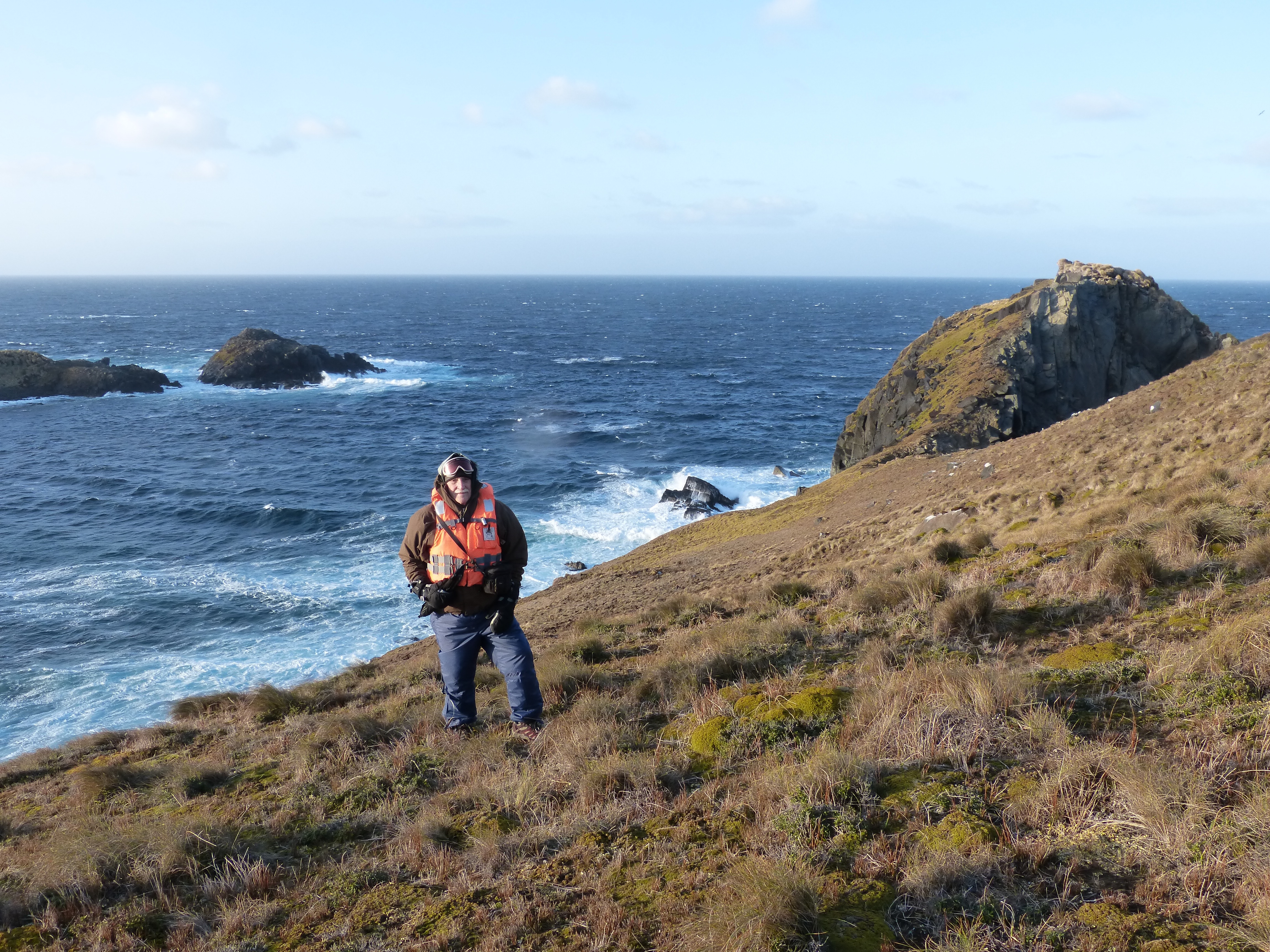 In the afternoon we trudged up a steep, muddy trail at Wulaia Bay for a breathtaking (in both a literal and figurative sense) view of islands, mountains and water. The somewhat strenuous hike on a steep trail through patches of snow was about 4-5 miles round trip with a 500 foot elevation gain. It was worth it. The only hint of civilization in the panorama spread out below us was our ship. 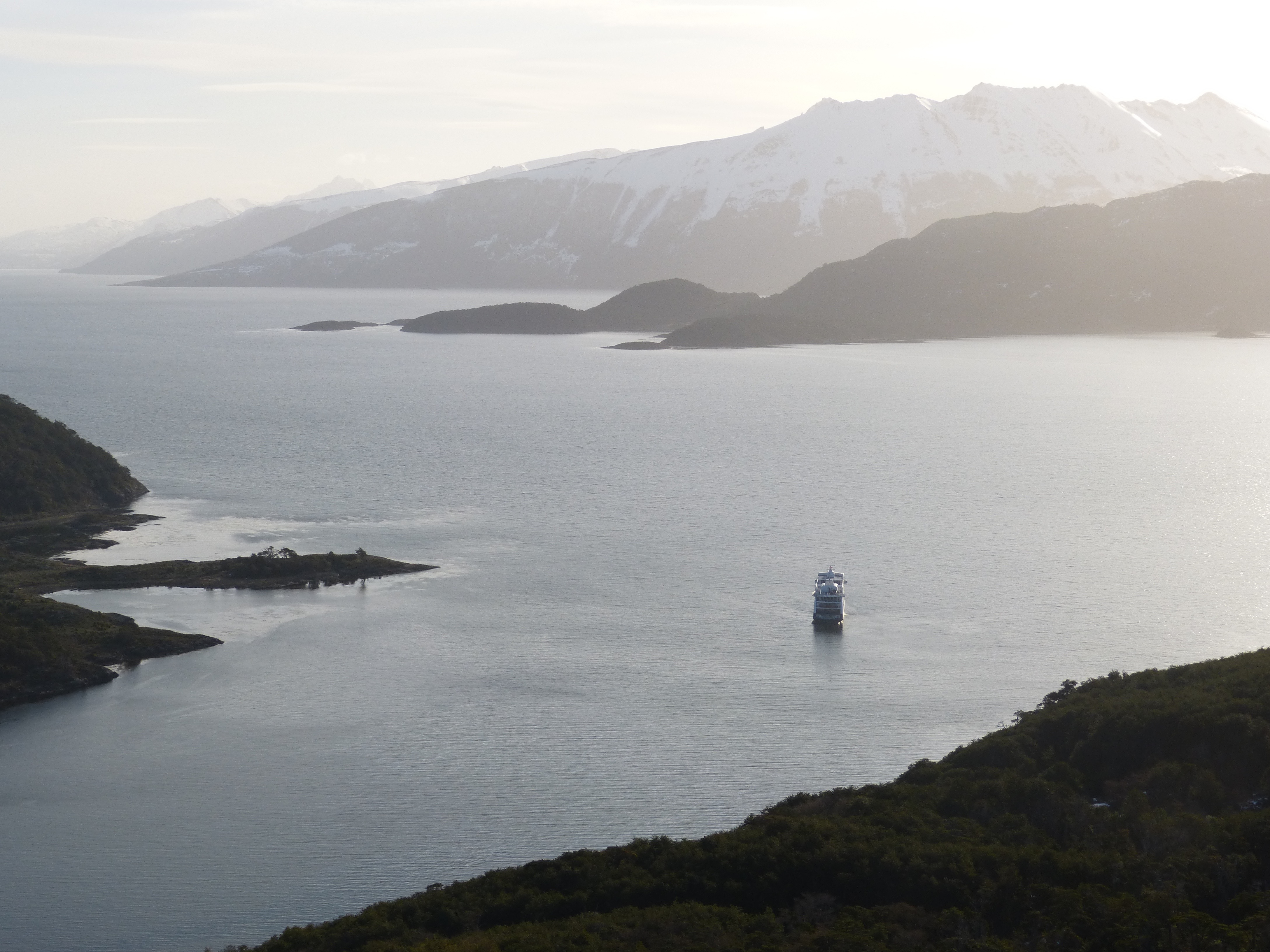 The highlight of the second day was an easy walk from a beach across the sound from the saw-toothed peaks of the Cordillera Darwin to a lagoon in front of the Aguila Glacier. We were close enough to make out the details of the deep blue fissures in the face of the glacier and hear the occasional tumbles of calving ice. 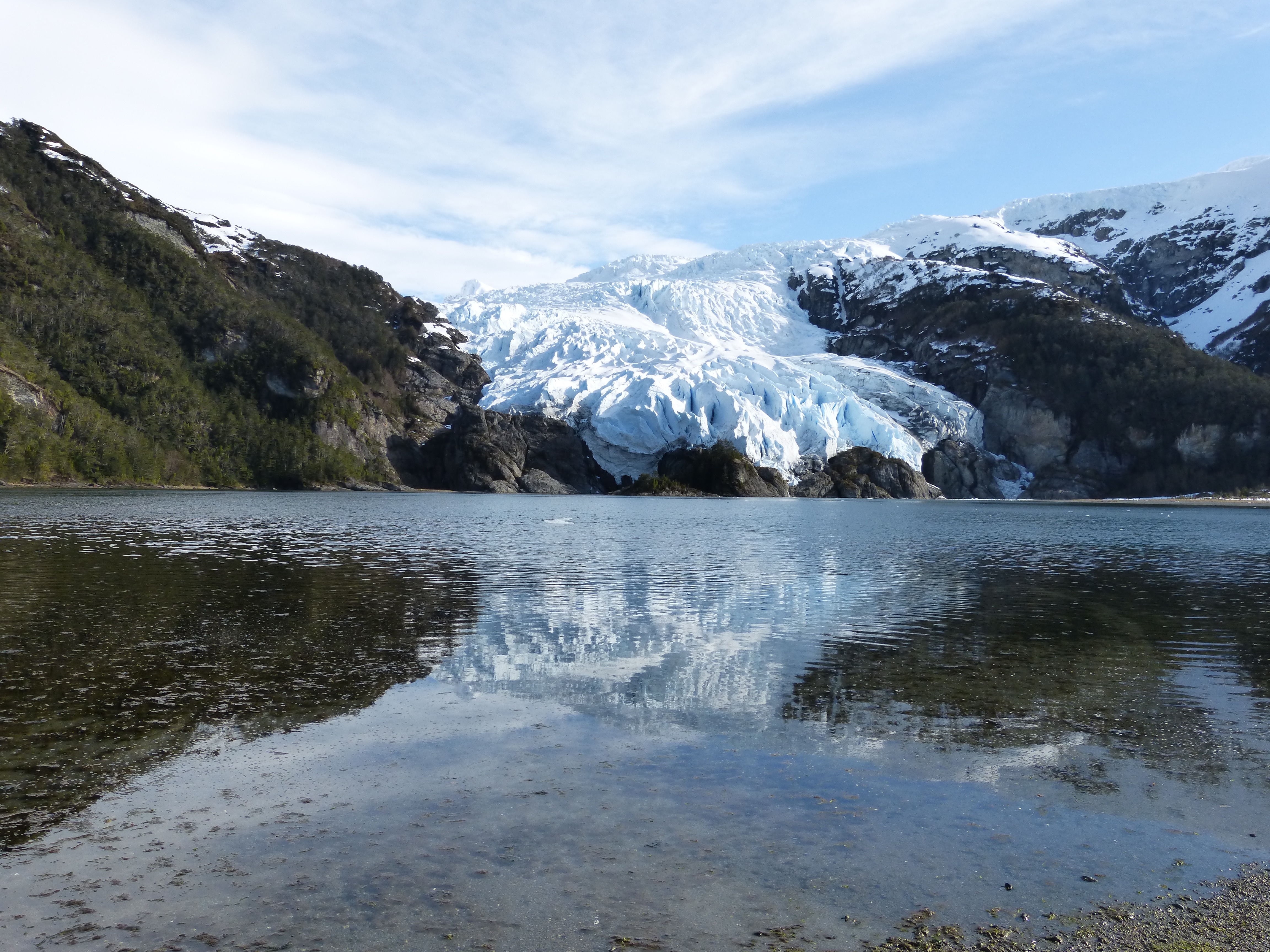 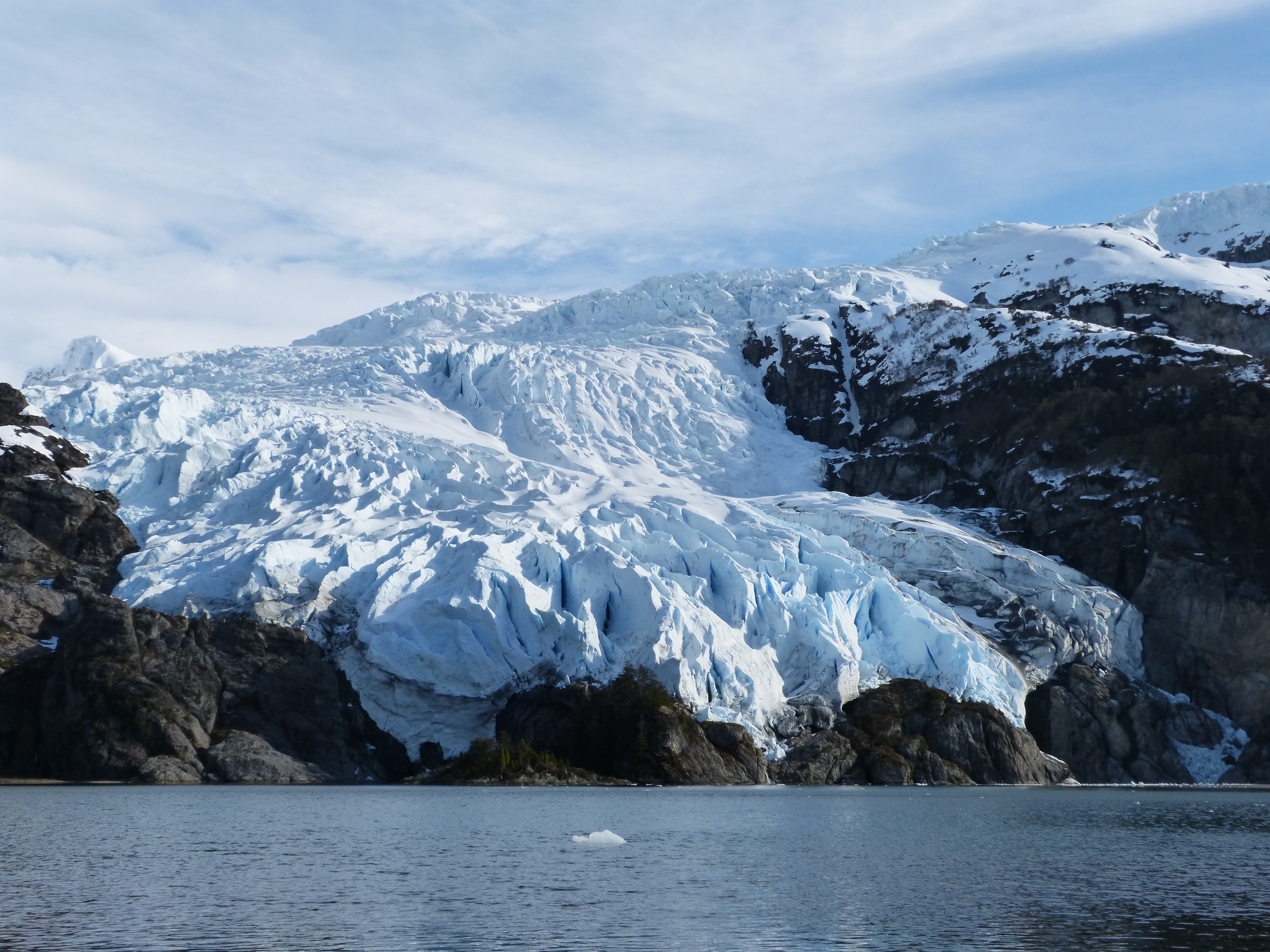 On our last day we visited Magdalena Island at sunrise to walk among thousands of Magellanic penguins. They ignored us as they trundled Charlie Chaplin-like from their hole-in-the-ground dens to the water and back. It was only about a two-mile hike from the dock up the hill to a lighthouse and back, but it was cold and windy, the most inclement day of our trip. 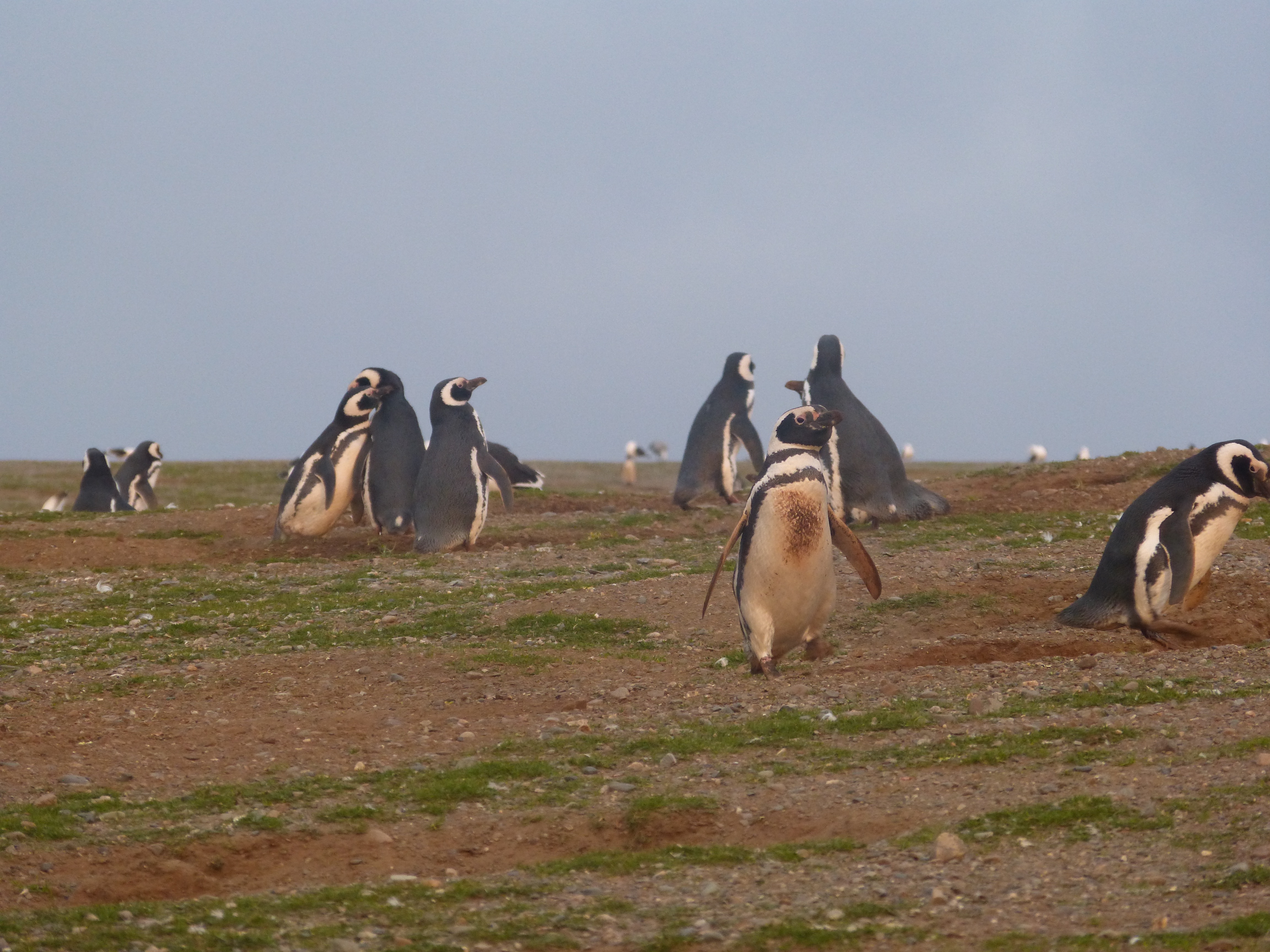 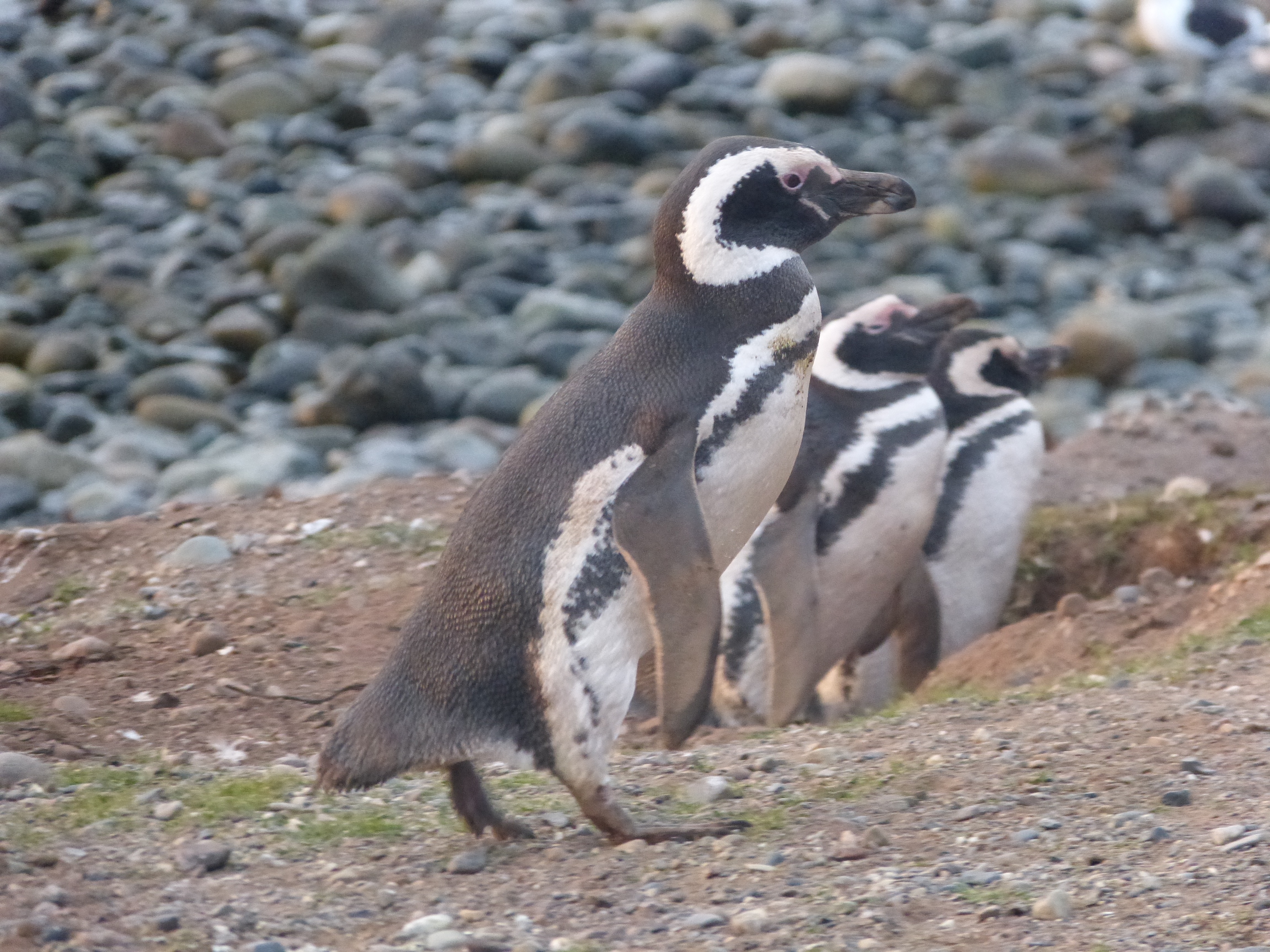 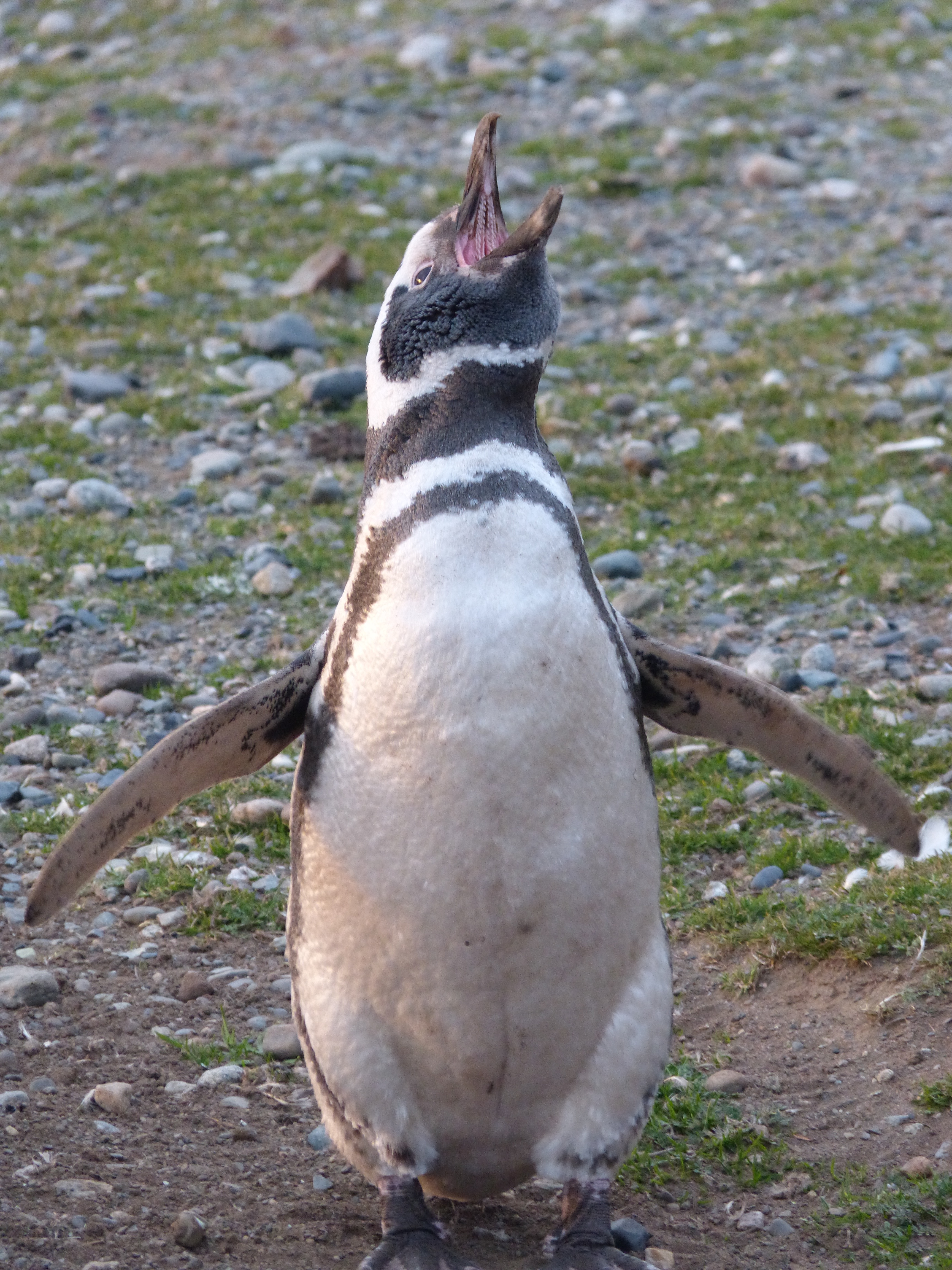 In general the weather was much better than I expected, ranging from somewhat windy and overcast to warm and sunny. I was prepared for much worse. In fact, my biggest problem was overdressing. The slightest exertion made me sweat and I waddled around with even less grace than the penguins. And the route through mostly protected waters is pretty calm. As far as I know, no one got seasick.

I also spent a night in Ushuaia, the southernmost city in Argentina, before the cruise and in Punta Arenas, the southernmost city in Chile, at the end (the cruise also runs in the other direction, from Punta Arenas to Ushuaia). Ushuaia, sandwiched between mountains and water, is ruggedly beautiful and features the fascinating End of the World Museum and an historical prison. 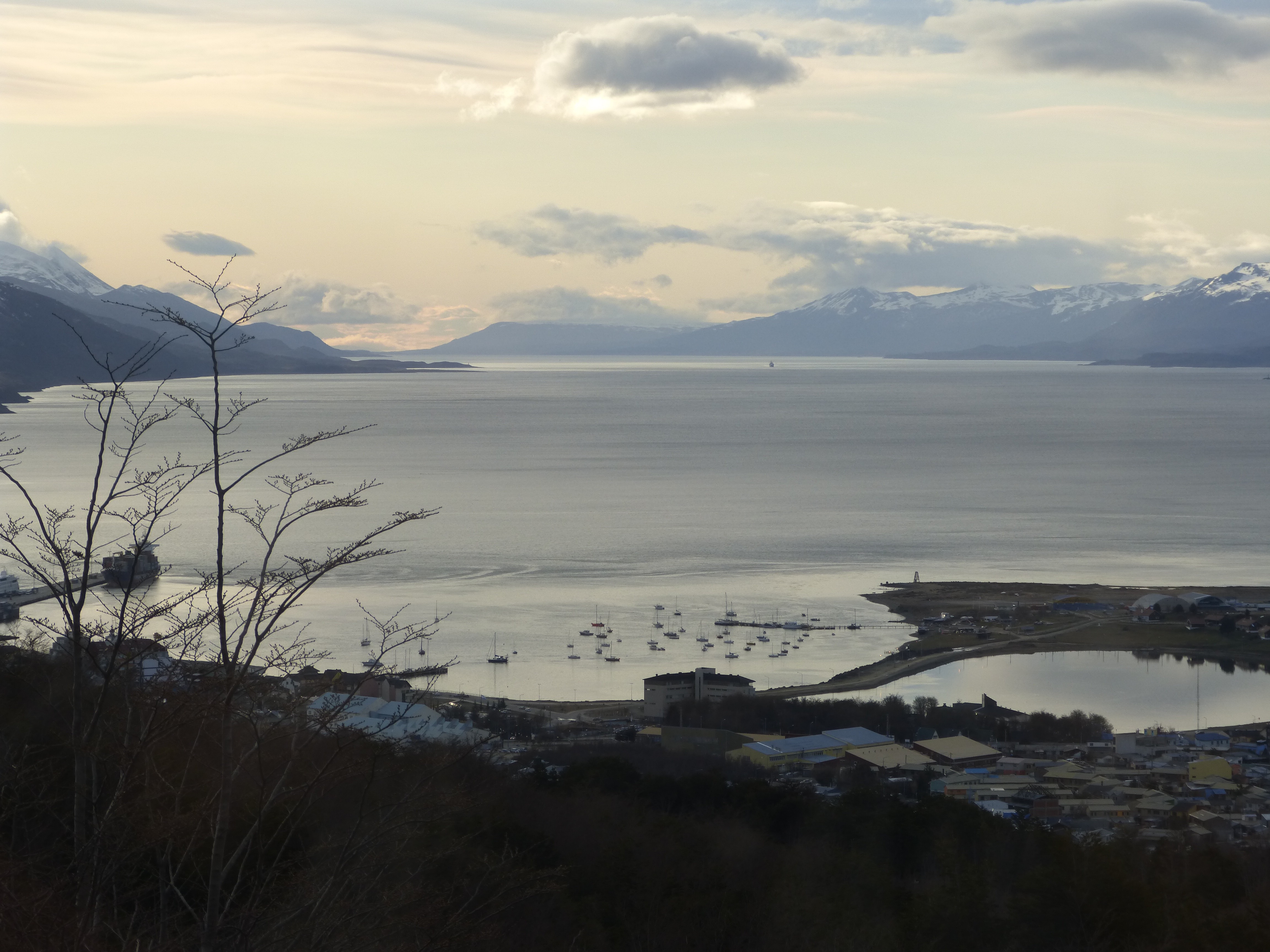 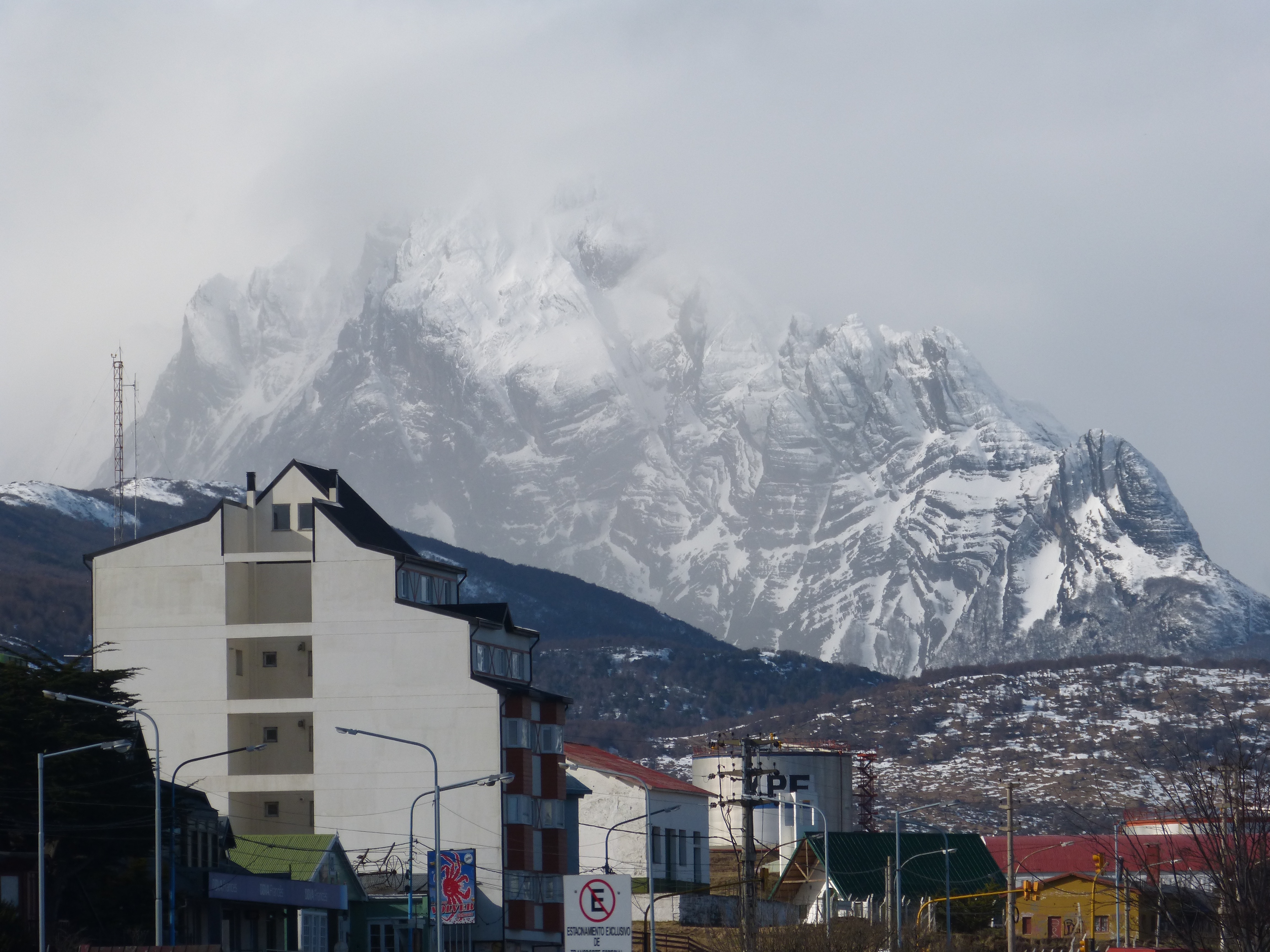 Punta Arenas was a bustling seaport on the shipping route between Europe and the east coast of the US and Asia and the west coast before the opening of the Panama Canal. Examples of classic European architecture dot the downtown and elaborate graves and mausoleums of the pioneers from the far corners of the earth who helped settle this remote outpost fill an old cemetery. 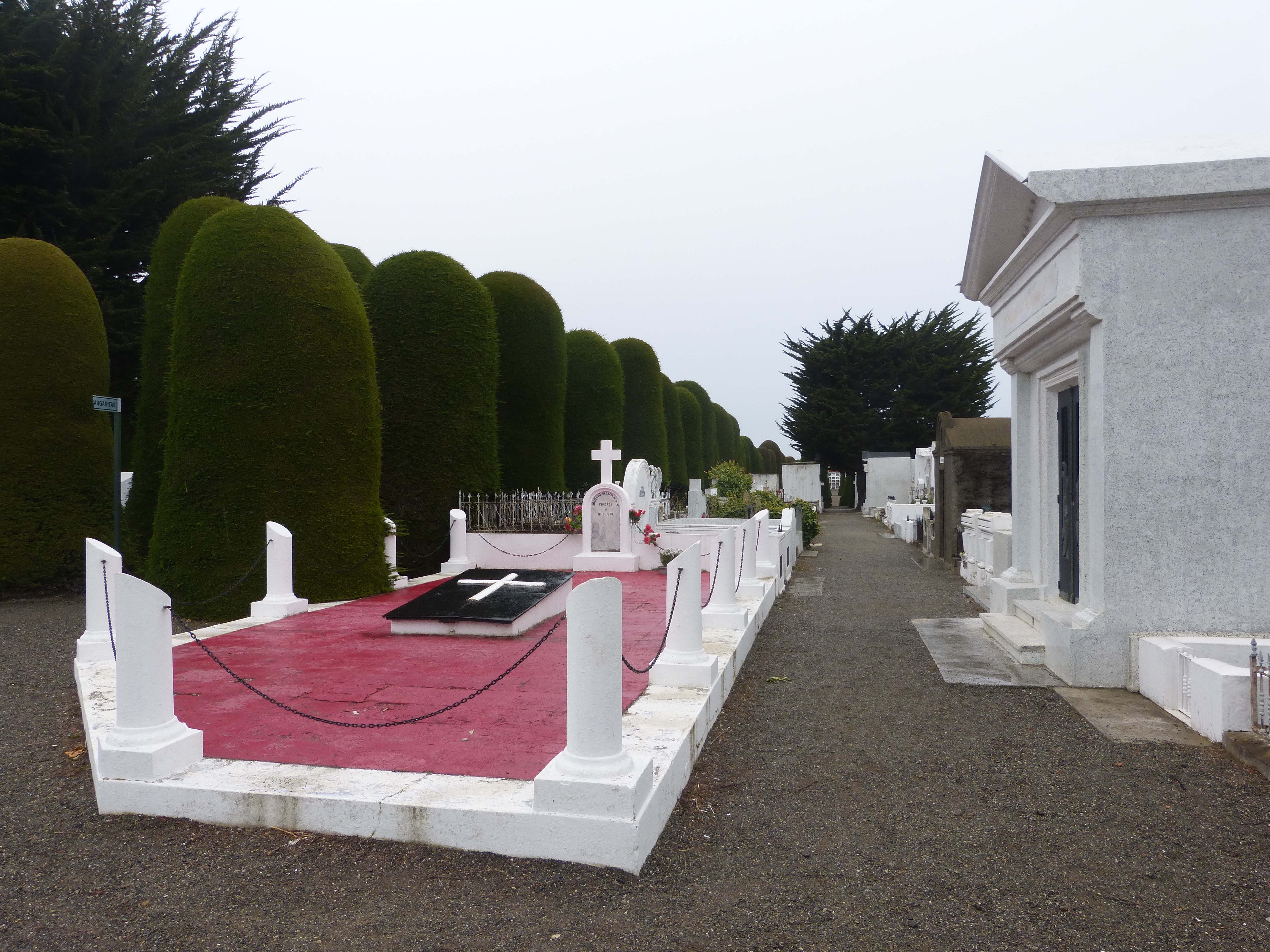 If we travel to vicariously experience other eras, as many think we do, then Patagonia, the Beagle Channel, and the Strait of Magellan evoke a magical time when exploration and commerce opened up the new world. The remote, wild landscape — that unexplored space on old maps marked, “here be dragons,” — has changed very little since then. The fact that it is stunningly beautiful is a bonus.

On this cruise it was easy to put myself back in time — without the scurvy, cramped quarters and questionable companions. For anyone interested in adventure, history, and scenic beauty and who wants to experience it in comfort, I can’t think of a better way to do it.

(for more information and photos see Don’s website and blog.)

One response to “Stella Australis: Cruising Through Time at the Bottom of the World”