In Part 2 of my posts about the Trans-Siberian Express train, Kay and I crossed the Ural Mountains to Ekaterinburg, thereby entering Siberia, a huge region  of 5.1 million square miles or 13.1 million square kilometers that covers most of North Asia, as well as all of the central and eastern parts of the Russian Federation or approximately 77% of Russia’s total territory. In fact, Siberia covers almost 10% of the earth’s total land surface. No wonder it takes the Trans-Siberian Express train so long to get across! 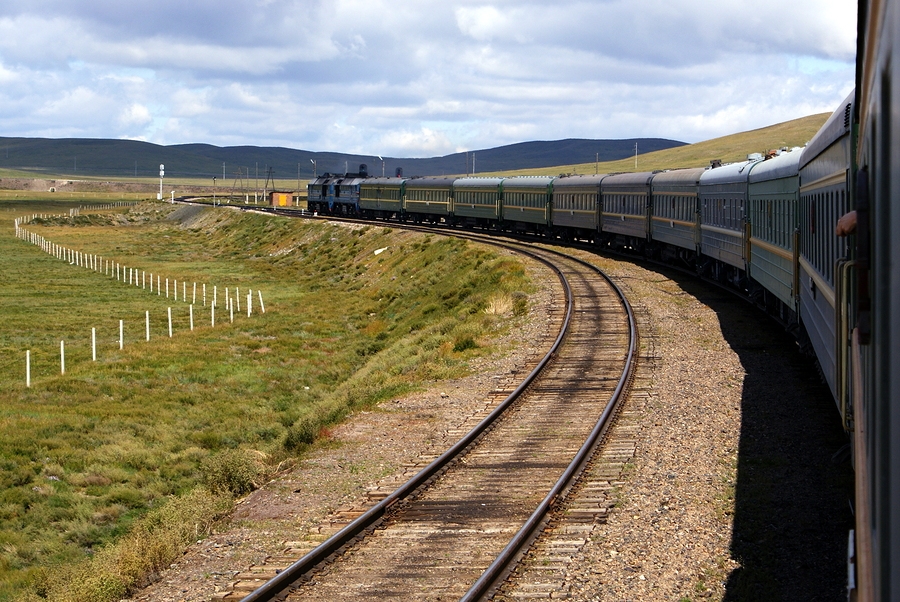 In grade school geography classes, I heard Siberia described with words like tundra and steppe. The descriptions in the textbooks portrayed an area that didn’t seem able to support life other than some kind of coarse vegetation. At least, that’s how it sounded to me as a child. And yet I knew that people lived in that environment. I just could not imagine what life there would actually be like. And what would it be like to visit this inhospitable environment.

And then, of course, in high school and college, I read about Siberia being a place of exile. Some of the prisoners who were sent to Siberia weren’t even locked up. They often took their spouses with them. The famous Russian novelist Fyodor Dostoyevsky was exiled to Siberia for around nine years in the 1850’s.

What kind of prison was Siberia? I wanted to see for myself. I guess that’s when I started dreaming about traveling across Siberia.

Of course, I’d heard about the huge number of trees in Siberia – especially birch trees. Is that why the birch tree became my favorite? Was the mystery of Siberia affecting me in many ways that I never realized?

Well, now I would find out something about this mysterious land. Kay and I departed Ekaterinburg on the train very early on the morning of Day 4 for a two-day train ride. Once again, we were in 2nd class with the same configuration of a lower and upper bunk on each side of the compartment and a table in the middle. We had various traveling companions during the two days as people boarded and disembarked. Most of the travelers were native Russians/Siberians who were traveling to or from family visits. I don’t think any of them were prisoners! 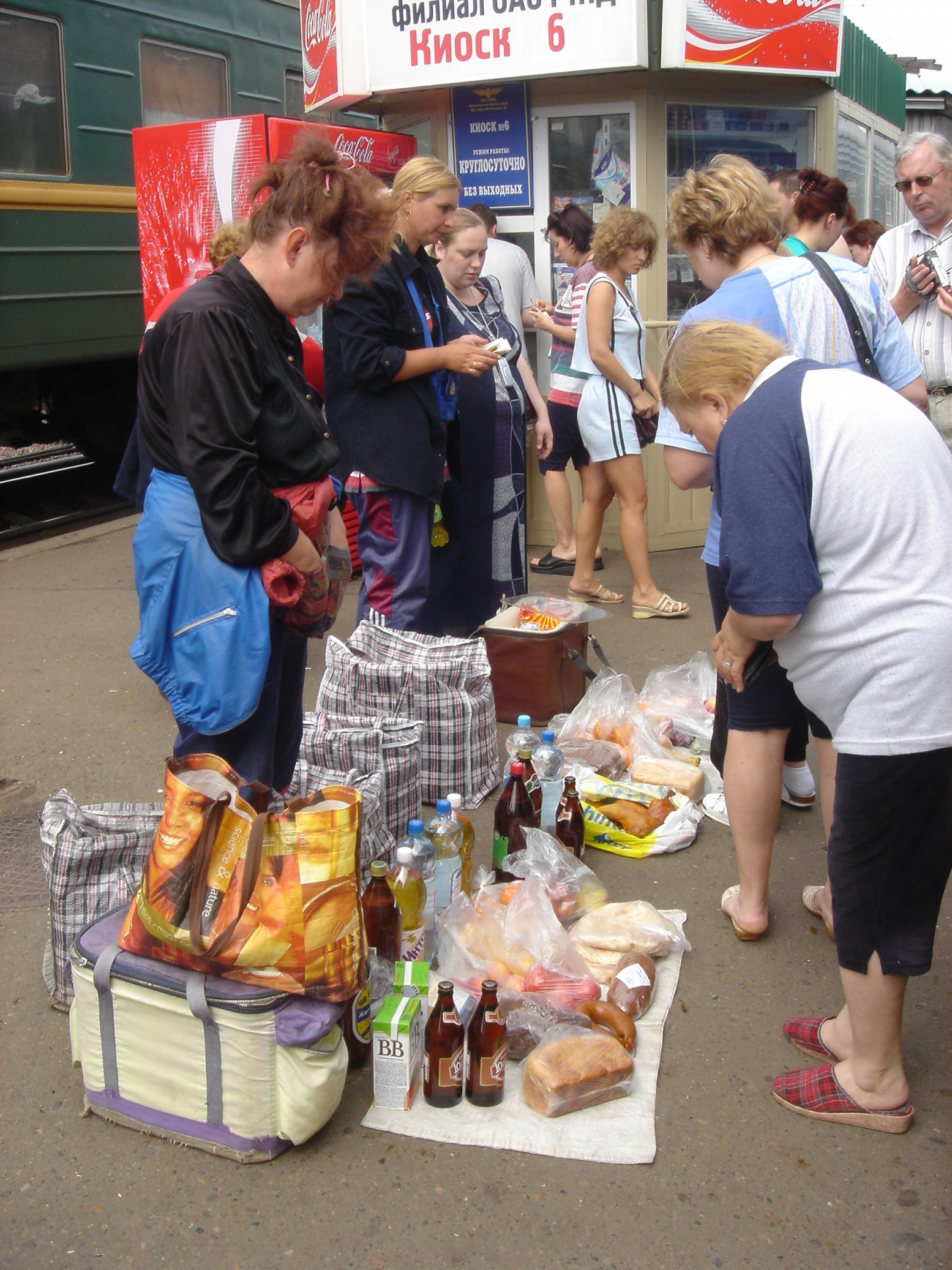 I loved these long train days with no obligation to visit museums or other tourist spots. I spent the time reading, lounging around, napping, eating surprisingly good food in the dining car, chatting as best we could with locals who knew very little English, getting off briefly at the various stops to see what local items were being sold on each platform. Each town had a special product, and locals came to the train station when they knew the train would be there in order to convince us that we just couldn’t live without their products. Chandeliers were for sale at one stop. I didn’t think that I’d enjoy carrying around a chandelier, no matter how beautiful, but I just couldn’t resist some cute little vodka shot glasses at another stop.

To my dismay, I was finding that the further east we went, the more common lamb became. I’m not too difficult to please when it comes to food, but one of the few things that I really hate is lamb. Maybe sheep were the only animals that could thrive in this land that had a very short growing season and a very limited supply of produce. We had already been served lamb by Elena in Ekaterinburg and eventually found that lamb would be the only meat that we would be given at homestays and at meals included in our arrangements with Monkey Business. The only way to get some chicken was to go to a restaurant on our own for something other than lamb, lamb, lamb!

I hadn’t really thought in advance much about what I would eat in Siberia, but I had definitely already thought about the climate. I was very happy that Kay and I would be encountering what I expected would be cool weather. I really prefer cool, or even cold, weather to hot weather, and it had been pretty hot in Moscow and St. Petersburg up to that point, so I was happy to head to Siberia.

Who ever heard of a heat wave in Siberia?? I didn’t think that Siberia ever got warm, let alone hot – not even in the dead of summer. But a heat wave is exactly what we encountered. This is what I get for not doing enough research in advance. It turns out that Siberia has hot summers, and this year was even hotter than usual. Just my luck. 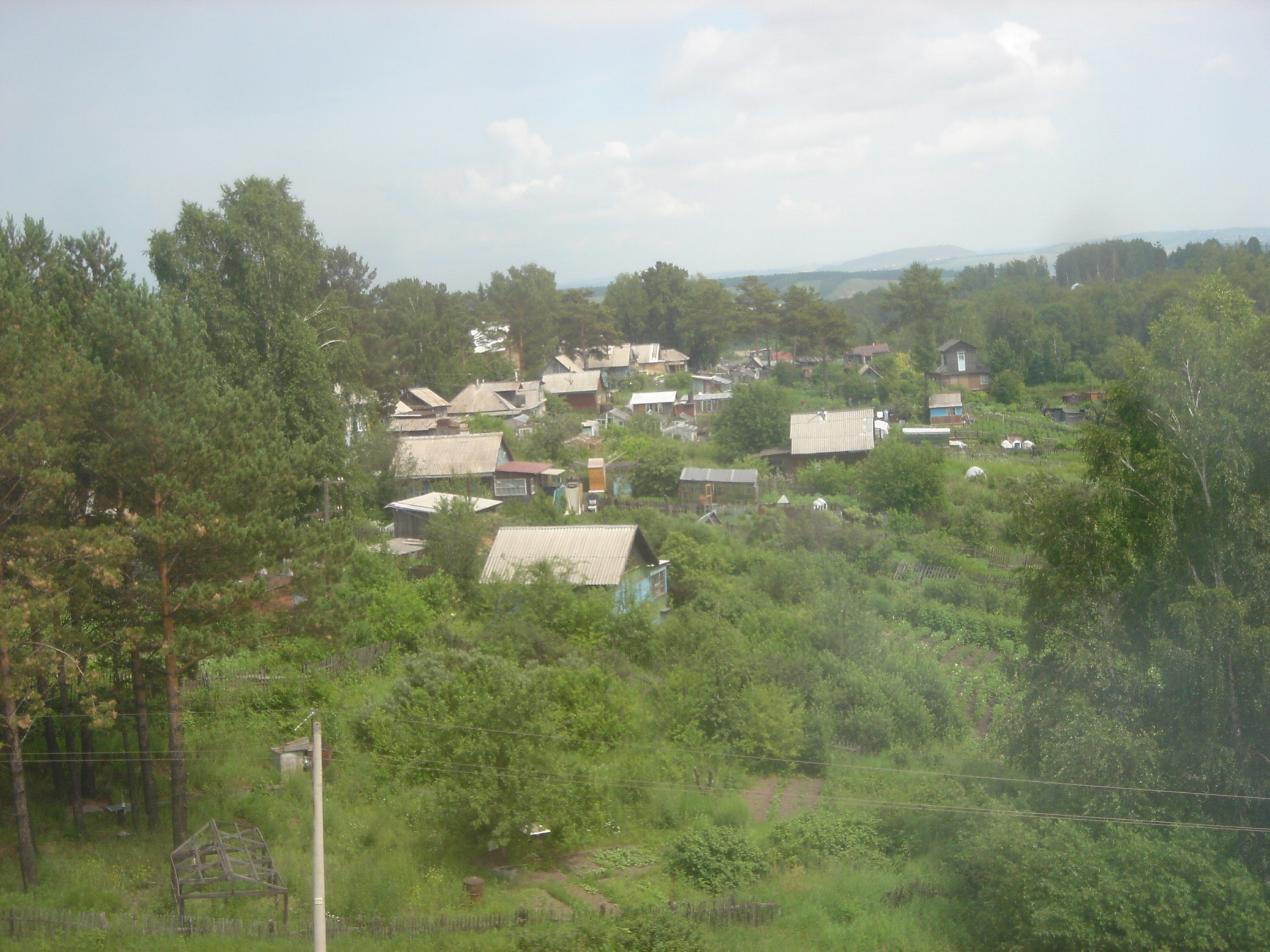 And just to make it more exciting, the air conditioning on our train broke. That made for some very uncomfortable hours, but we had no option. What were we going to do? Get off the train in the middle of Siberia? I don’t think so. In order to try to stay somewhat comfortable, I tried to move as little as possible to avoid working up a sweat. You’ve probably guessed by now that the windows didn’t open – because it was an air conditioned train!

What seemed really crazy to me was that we didn’t get any cool weather until we got to the Gobi Desert in Mongolia! But that’s much later in the trip. In the meantime, I’d already decided that my next visit to Siberia would be in spring or fall – never in summer again. I’d rather take a chance on having some cold weather or even an early or late snow storm  than dealing with the heat and humidity again.

After two days and two nights on the train, we reached Irkutsk, a very charming city of more than a half million and home to the distinguished Irkutsk State University with over 18,000 students and several smaller schools of higher education. But this is enough for Part 3. More about Irkutsk in Part 4.

Kate is a seasoned traveler and tour director who has lived on the island of Java for the past 30 years. Java became her home when she took a 3-month work assignment to train Indonesians on word processing equipment in Jakarta, and she fell in love with the adventurous lifestyle that she found there. Although she continues working as a tour director in many countries of the world, she now spends most of her time writing in her home/office in Yogyakarta, Central Java, which she shares with her three Dalmatians. You can visit her at KateBenzin, at her blog Traveling Forever, or follow her on Twitter or Facebook.