It’s the final afternoon in paradise, and I head for Hell.

Hell, it turns out, is a flash in the road near West Bay, named for a swatch of spiky, tortured, black, ironshore that looks like midday in the garden of evil. There are just a few structures in Hell: a bar named Club Infernal; the Devil’s Den novelty shop, a post office where one can send a postcard from Hell; and the fire-red barn called The Devil’s Hangout, sporting Beelzebub on the side, and the devil on a sheet of plywood in front with a circular hole where the face should be. 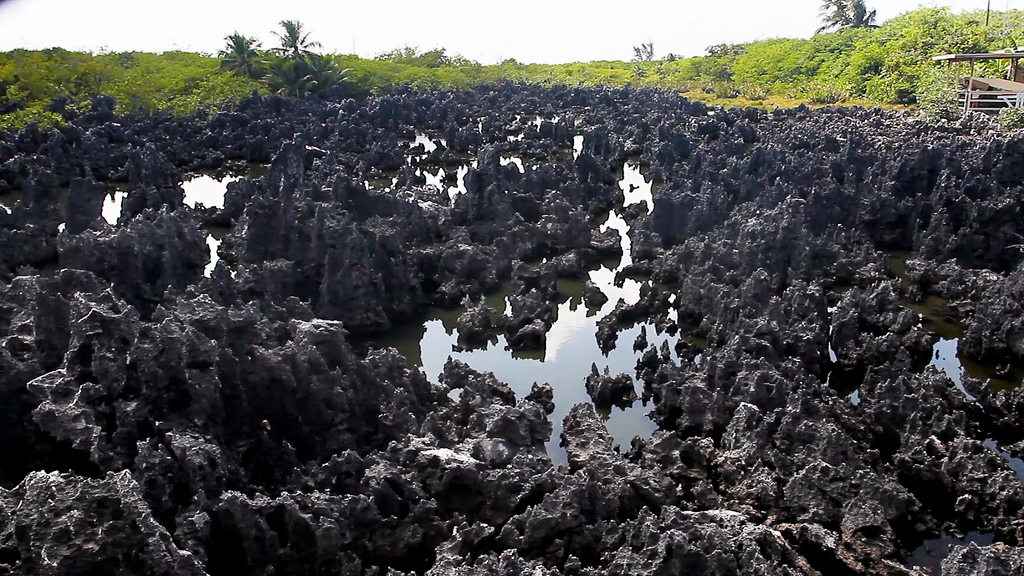 After I park on the brimstone pavement, a man wearing a red cape, pointed horns, a sharply trimmed goatee, and carrying a three-pronged pitchfork, bounds over with an arsenal of greetings:

“From Los Angeles, City of Angels. How do you like living here?” I ask.

“Hot as Hell. But living Hell is the best revenge”

Turns out Satan is septuagenarian Ivan Farrington, who makes a living dishing out every hellish pun on earth. He bought the shop in 1987 when it was called, like so many other affairs in these islands, “Paradise.” But, he says, “My business went straight to Hell, so I renamed it the Devil’s Hangout.” Now he does brisk commerce selling satanic souvenirs– t-shirts with slogans such as “I took your advice and came here in a hand basket,” as well as coffee mugs, spoons, bumper stickers, whelk shells, and postcards with every mal mot conceivable. 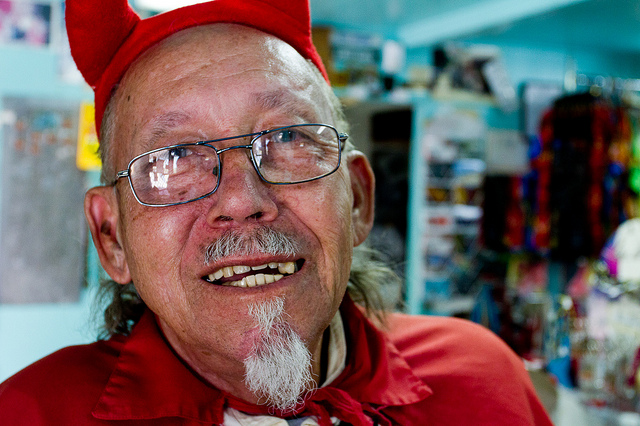 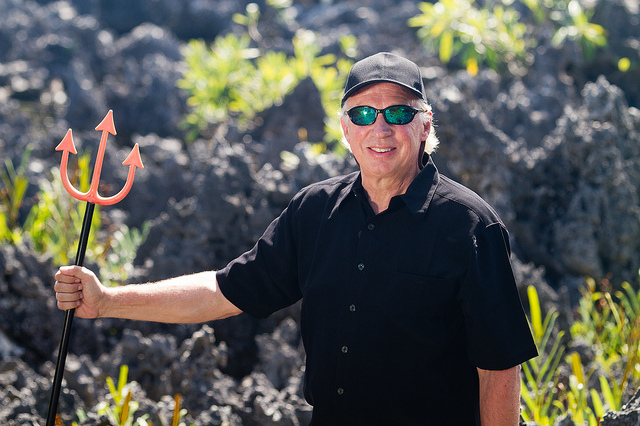 When he hands me change he snorts, “Thank you. Now get the hell out of here.”

As I depart, I realize I’m made a wrong turn, ending up on Church road. So, I make the U-Turn, and once again pass through Ivan’s infernal town, so at least I can say, with all honesty, I’ve been to Hell and back.

So, what makes the Cayman Islands different? My undergraduate degree is in Sociology from Northwestern University, and I still pal around with sociologists, and some fret about constant e-mailers and texters losing the everyday connections to casual acquaintances or inconnus who may be sitting a touch away in the café or on the bus. That is the current dynamic in the continental U.S., in Europe, Asia and beyond; but not yet here. It could be said that we in the US are now, more than ever before, building barricades with our devices, employing screens that screen out strangers. Yes, they reinforce family and friends—we can chat and text and twitter with them more than ever—yet we are blocking the chance encounters, the random meetings, and with them the brushes against novel and unfamiliar perspectives, and the shivery flashes of insights. Cayman is different, and it disarms all who visit.

The Caymans Islands achieves a kind of correspondence between belief and place, between inner and outer landscapes, between travelers and locals, as all trace to somewhere else.

Caymanians talk to everyone. They look up at the clear sky. There is a dance to their tread. Adults become children as they swim with stingrays. Businesspeople walk to their appointments, greeting the people they see. Caymanians are connected to the sky and water and land, and, most of all, connected to one another, and to those who visit.

Wandering through the blades of sunlight along the paths of Cayman, witnessing the mastery of environmentalists and entrepreneurs, delving into the music, food, nature and culture, and basking in the welcomes of new acquaintances, I am knocked over with a feeling of being part of something deeply human and universal.

The paradox of the Cayman Islands is that it was a bleak, unwelcoming place that kept people away for much of its history; yet it became a place of gathering for modern questers, and as such, a locus for the exchange of fresh ideas, of fusions of food, song and the arts. It was once considered a Hell on earth, but it became Paradise. And it is today a milieu that transports identity and tolerance, romance and preservation; it unnerves habits and perceptions, unwinds the mind, sheds shells, and along the way leads to the loss of items not usually missed….pins and needles, taxing thoughts, and disquietude.

This is the treasure of the Cayman Islands. 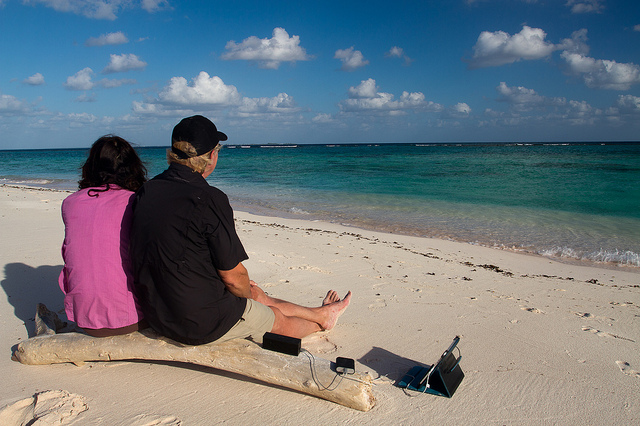 Where to Stay in Scottsdale? Fairmont Scottsdale Princess
Who did Business Insider interview? Lisa Niver!
Want to Pet a Hippo? I did at the Los Angeles Zoo & You can too!
#RBQuests: Livin' La Vida Loca Day 2 Puerto Rico