Sun Temple, Konark, India: Are We Slaves to Time? 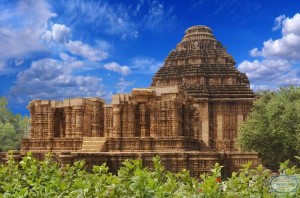 Thanks to Cox and Kings for publishing my article:

“Regrets, Are We Slaves to Time?“

24 sandstone wheels, one for each hour of the day

Walking around the Sun Temple in Konark, India, one can’t help but think about time. The temple has seven horses drawing a carriage, one for each day of the week. The only UNESCO World Heritage site in Eastern India, the Sun Temple has 24 sandstone wheels, one for each hour of the day. The temple was constructed in a mere 12 years in the 13th century, the carvers lived on site and worked endlessly to finish.

There are four levels of carvings that depict the cycle of life from childhood to adolescence and from adult to elder. Each piece of the structure highlights aspects in our physical world. For example, prior to the larger structure collapsing, the large stone gateways allowed the sun to enter and alight the top of the temple at morning, especially during the solstice.

Being surrounded by stone timekeeping, it makes me ponder how we spend our time… Are we building the next great temple to recall our greatest moments or are we simply too busy to make our dreams come true?

As I walk down the street in Kolkata, India, Bangkok, Thailand, or Hsipaw, Myanmar, I see that nearly everyone is either on the phone or carrying one. Some may be making a big time-sensitive deal happen but most are checking Facebook (now the third largest country). In office buildings in New York City, young lawyers take their phones with them to the toilet never wanting to miss a text or email; at least two friends had to purchase new phones when their mobile device accidentally slipped from their pocket or purse into the toilet bowl.

Is all this connectivity worth it or are we simply wasting our precious time? Recently The Times of India, (24Nov2012), stated that, “Not enough travelling” was one of life’s biggest regrets. “More than half of those surveyed admitted to wishing they had made a different life choice at some point, such as living somewhere else.”

Why do people have so many regrets? In my own lifetime, there have been so many timesaving devices like the microwave, which promised with less time to cook you would have more time to make other dreams come true. We now keep track of more friends with our social media accounts overstuffed with “friends” we might not recognize on the street. Our accounts are fat like our fast food and frozen dinners, but we may want one nourishing dinner with a true friend who knows us instead of sharing all the smallest tidbits of our day online for all to read about. Does all this connection make us satisfied?

Why do we have so many regrets? “More than a third of people blame lack of cash for preventing them from fulfilling their dreams, while 25% think loved ones held them back. However, 32% admitted that the blame lay with their own lack of courage. Not traveling more and seeing more of the world topped the list of 20 greatest lifetime regrets, following closely by not keeping in touch with more friends.”

When I am in the classroom teaching, at times I refer to my youth and reminisce about when we had eight track tapes and that the Wizard of Oz and Sound of Music were only shown once a year on the television; if you wanted to view those movies, you watched it that night since there was no recording device or Blockbuster Rentals to rely upon. There were also no answering machines or home computers. Now with so many opportunities and options, people seem to get less done and are filled full of regret.

During my childhood, it was considered rude to call at dinnertime. Yet now one complaint I often hear about is how so few people dine together anymore. Are we so used to being interrupted that we no longer remember being connected? Beta and VHS tapes, FAX machines and CDs were recently the latest advances in technology and have all vanished or diminished in use yet the Sun Temple stands proud and strong.

From drumbeats emitting tribal tunes, to collect calls, pagers, cell phones and instant messaging, we want to connect with our clan. Being in the presence of this ancient marvel I am full of gratitude for my global journey. The last six months in India, Indonesia, Thailand and Myanmar have been filled with sites of awe. Spending time with my husband on sabbatical I approach the New Year armed with resolutions but no regrets.

Early in Mitch Albom’s The Time Keeper, the narrator states that nature ignores timekeeping, “Birds are not late. A dog does not check its watch. Deer do not fret over passing birthdays.” Humans have a unique fascination with measuring time and this creates the “paralyzing fear…of time running out.” Perhaps if we lived with fewer regrets we would not be afraid of how much time we have remaining and more focus would be spent on raising the quality of life. In The Time Keeper the old man asked Dor, “You marked the minutes, but did you use them wisely? To be still? To cherish? To be grateful? To lift and be lifted?”

Use your minutes well and create your own bucket list. The Sun Temple is waiting for your visit.

This article first appeared on the COX and KINGS website!

and remember: Use your minutes well and create your own bucket list. The Sun Temple is waiting for your visit.

Winners of the 2017 Inspiration Travel Writing Award are Here!
#GRIT: You have to fall down to rise up.
An interview with Christine Gilbert @cb_gilbert: Author of Mother Tongue
Where were Lisa's Wonderful Wanderings in 2018?

One response to “Sun Temple, Konark, India: Are We Slaves to Time?”