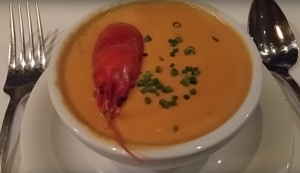 From Jambalaya to Beignets, New Orleans is the place to be when hunger hits! There is a long history of food, influenced by the place’s people and culture; you’ll find French and Spanish flavors mingling with Cajun and Creole.

Start your morning right at LMNO with New Orleans-inspired Signature Breakfast entrees such as the Short Rib Hash or the Parallel Eggs Benedict. Order off the menu or tuck into their diverse buffet!

This renowned restaurant is a homage to the grand old Franco-German brasseries that were once so popular in New Orleans. You haven’t experienced New Orleans’ culinary scene until you’ve tried Crawfish Bisque at Luke’s!

Head over to Cafe Adelaide & Swizzle Stick Bar to enjoy hand-crafted cocktails and fresh parmesan russet potato fries. This restobar is a “playful take on Creole cuisine with a side order of Big Easy bacchanalia” served by the Brennan clan’s new generation. Named after Adelaide aka “Queenie” who could have more fun in a single day than any other person her age. Café Adelaide & the Swizzle Stick Bar is a tribute to her unique take on living the good life.