This is an entry in the We Said Go Travel Writing Contest written by Max Philipson from Australia. Thanks for your entry Max!

It’s so super easy to meet people when you’re traveling. Except that sometimes it’s not. It feels like it should be, but it’s just not. Sometimes you need to change the way you interact with people. If you have some prearranged reason to meet people, like a class, activity, or mutual friend, it’s easy. Once the ice is broken, it’s full steam ahead. But getting that first little introduction when you are fully on your own can sometimes be harder than you think.

Most people like foreigners. They’re exotic. Even if they come from a completely non-exotic place, they’re exotic. When meeting someone for the first time, especially in a setting that doesn’t lend itself to meeting people easily, it’s often hard to break the ice. Any sort of accent will come in handy. The obvious first question someone would ask after hearing you speak is “Where are you from?” Then you can take it from there. Even when you’re not consciously trying to meet people, lather on the accent. People love it. One mistake I made when traveling was not saying “G’day” enough. It may be an Australian stereotype, but it sure makes people smile. 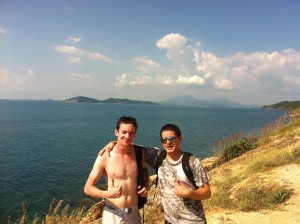 Another way to meet everyone is to immerse yourself in whatever the current culture of the time is. When I last went to the States, I was flying solo, and the football playoffs were on. I never really ‘got’ American football. I knew the rules, I got the idea, but it just didn’t click to me. I ended up in San Francisco, with their team, the 49ers, playing the Atlanta Falcons to get into the Superbowl. One of the locals I had met offered to take me to a bar for the game. It was an experience. It was impossible not to get caught up in the fever of it all. Every incomplete pass, every foul called and every near touchdown sent a tidal wave of emotion through the bar. People were screaming in my ear, nearly knocking me over with their high fives (they love those over there), and just couldn’t keep a lid on themselves. I can understand if that doesn’t sound too appealing on paper, but being in the thick of it, I couldn’t help but try and match their enthusiasm. The euphoria was contagious.

This carries over into any cultural experiences (however barbaric) you may experience while traveling. If you’re going to try and get involved, do it right, and find locals who are passionate about it. When suspiciously eyeing off some sort of strange food, remember that tons of people eat it every day. There must be something good about it. When looking at an art form that you’ve never really experienced before, try to work out why it is as popular as it is. It’s always great to have someone else there to help you feel like they do. 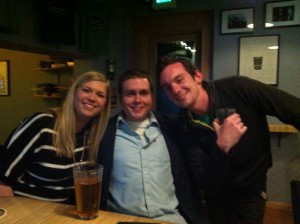 Depending where you are, a lot of people aren’t ready for foreigners. This gives you a licence to be weird. You are allowed to ask dumb questions, make outlandish suggestions, and just generally be more free thinking than the locals. Most of the time, people don’t know what to expect, so they’ll just go with it. They understand you’re on holiday, so they’ll try to make it an experience for you. Suggest activities that wouldn’t usually occur to the locals, and try to get them as interested as you are as a traveller. On the flipside, you should also be up for whatever they suggest. Your free thought and weird way of thinking will be infectious. Generally, just be less uptight than usual.

You have to make a plan, you have to call people, you have to be the one doing the introductions. Don’t wait for people to introduce themselves. Every time you talk to someone for more than 5 minutes, get their number and call them later day to go out and do something. Be ready to make a fool of yourself. Like I said in the last paragraph, being a foreigner lets you get away with a lot. Just walk up to random people if you want to (as long as they don’t look like the mildly psychotic type). If you’re shy, don’t be shy. If you’re outgoing, be more outgoing.

Finally, if you’re in a place with lots of tourists, it’s hard to stand out. So find other travellers. It triples your chances of meeting more locals, and makes traveling more enjoyable even if you don’t. It’s usually pretty easy to spot travellers. If you’re sitting alone at a bar or café and see someone else looking around vaguely, doing the same thing as you, go talk to them. They may very well be a traveller like you. Of course, places like hostels, tourist attractions and markets are all obvious places to meet other world trekkers, and fellow travellers usually love meeting their equals.

Whatever the case, when travelling alone, be open minded. That’s a very generic and vague term these days, but it just means that if you get into a situation where you would usually think “No, that’s not for me”, instead think to yourself, “Okay, I’ll try it out. However weird it seems, however abnormal it sounds, and however much I think I might regret it, I’ll try it out. After I’ve done it, THEN I’ll decide it’s not for me.”

One response to “Solo Travel”