Solitude on Mt. Kilimanjaro in Tanzania 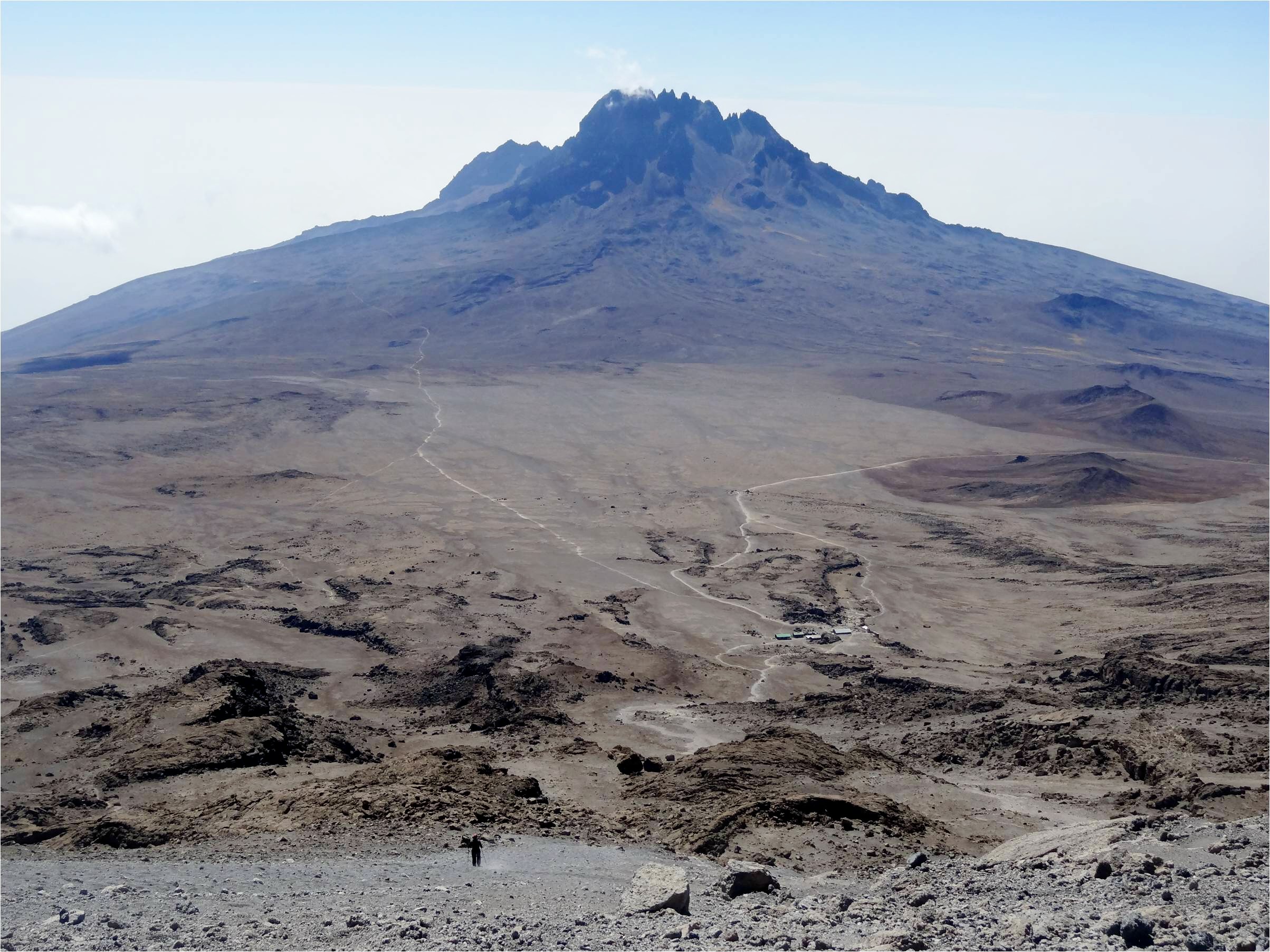 Hours after a dim light from an East African moon graced the barren landscape, our ever smiling guides began their all too familiar task of rousing weary trekkers from their slumber. Illumination from headlamps began to fill the cramped sleeping quarters that defined Kibo Huts. The would be mountaineers layered themselves in an impressive spectrum of adventure gear as the patient and practiced guides began to assemble an equally impressive offering; fuel for the frigid, slow walk to the summit of Mount Kilimanjaro.

We were obediently herded into the single file existence we had become accustomed to since crossing the threshold into Kilimanjaro National Park. As our ocular senses began to shed the burden of the previous hours slumber the struggle we would soon face unfurled in front of us. Hundreds of feet above isolated strings of headlamps appeared to float towards the summit under the power of their indiscernible hosts. Progress was slow as our guides attempted to impart the importance of traversing the switchbacks slowly through the countless recitations of the mantra “pole pole!” “Slowly” one foot replaced the other like treads on a tank at the mercy of a scree slope. The sun’s heated rays began to peek over the horizon, illuminating smiles among the group. One final scramble led us over the crest of Gilman’s Point only to reveal Uhuru Peak situated across the crater rim. After making the final leg of the journey, congratulations spread like wildfire. Digital snap shots of time were seized by all in an effort to eternalize their respective struggle(s) to the summit of the tallest feature in Africa. As the air of excitement was interrupted by piercing wind we began our expedited return to Kibo Huts.

Descending, gravity assisted what is best described as a controlled sprint down the scree field arduously surmounted hours earlier. The clear day offered an unobstructed view of Mawenzi Peak. The group was dispersed on the descent so I seized the opportunity to slow my pace. I found solitude amongst the plethora of geological specimens littering the slope. Relaxing into the mountain afforded me the opportunity to reflect upon various facets of my life. Fortunately the wind masked the sound of stumbling fellow travelers and their excited dialog. The white noise provided a sense of isolation, a catalyst for unbiased and emotionally detached thoughts. Beginning with the obvious topic of sitting on Mount Kilimanjaro, I reflected on the decision to attempt as well as the ultimate success of such a feat. My thoughts redirected to fifteen months earlier as I held my son in my arms for the first time. How I desired to complete this trek again with him as my companion was at the forefront of my thoughts. As contemplations of the future developed thoughts of a pending deployment to Afghanistan inevitably began to metastasize. I quickly shrugged away thoughts of conflict, and refocused on my family. Strangely enough, the summiting of Mt. Kilimanjaro was overshadowed by the solitude discovered amidst the scree strewn slope.

While Uhuru Peak provided me a photograph, the serenity of the surrounding landscape volunteered a way of thought and understanding. Understanding that amongst all the white noise of our existence, one must regularly seek out a place of solitude to reflect. Such a location may present itself in the strangest form. For me it was a nondescript scree field in Tanzania. Wisely, I have since found solitude spending time with my family; amidst crowded subway trains beneath the city that never sleeps; and navigating the harsh terrain, culture and political climate of Afghanistan. Without reflection one would wonder, what defines our existence? Is it dutifully checking life’s boxes or rather succumbing to its intoxicating effects? Either way it’s unlikely to experience the intoxication of life while sobered by white noise and regret.

About the Author: John Milicevich is a twenty-five year old Infantry Officer in the United States Army who, at the time of writing, is deployed in support of operations in Afghanistan. When the opportunity presents itself he loves to seek out life’s adventures with friends and family.

Vietnam: No Nhe Regrets
The Wilderness of No Regrets in the United States
Ambling on the Baja
Beg For Happiness in Spain