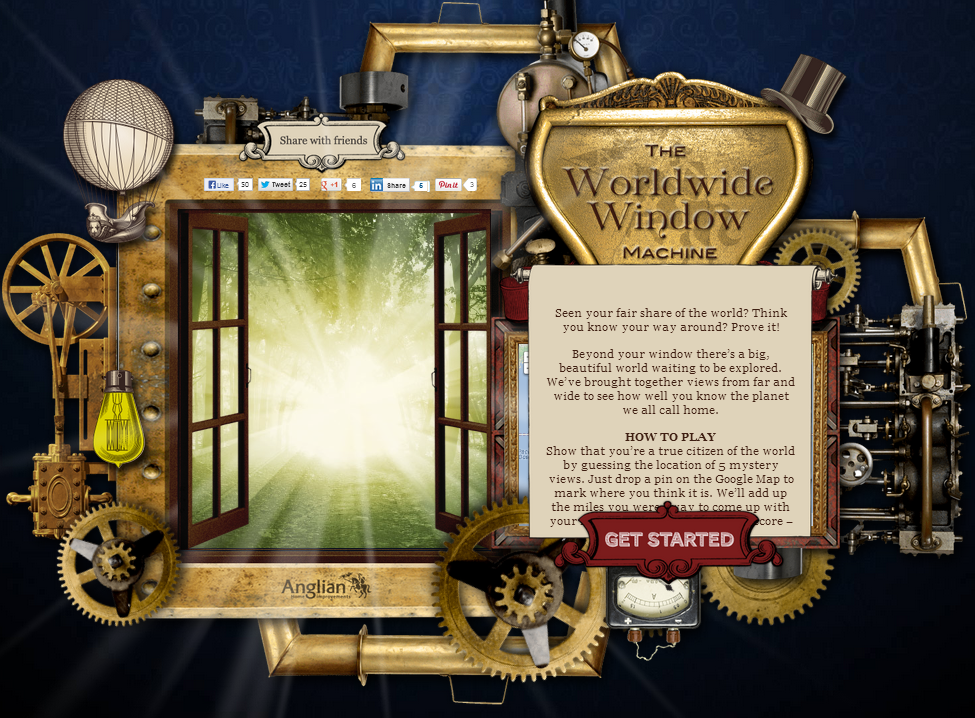 First it was the advent of the internet and then it was the sudden explosion of social media that made the world in which we live a much smaller place. On the whole, it’s technology that’s enhanced all of our lives – as well as inspiring me to stop viewing it on the web and to explore it with my own eyes!

After graduating from university and settling into a full time job, I began noticing through Facebook that a lot of my friends had chosen to go InterRailing across Europe. A couple had gone backpacking across Australia, while a group of lads I used to share a Sunday afternoon drink with had made the bold decision to explore South America for six months.

Having been brought up on a diet of caravan holidays around the UK with my parents – which is no bad thing, by the way – I didn’t think I was missing out on much when all these travel plans were in the pipeline.

But a few months into my new shirt-and-tie office life, I began to grow jealous of what I was seeing on my Facebook feed. Pictures of statues, monuments and landmarks were accompanied by people I recognised and knew, stood together, in their t-shirts and shorts, looking almighty tanned and proud of themselves. It looked like fun – much more fun than work.

So that was it – I ditched the job and began planning to see more of the world. It felt incredibly liberating to know that I could go literally anywhere. I wrote down all the places I thought about visiting – some I’d seen on TV, others I’d seen on Facebook. And then I set about visiting them.

In the middle of absolutely nowhere, as if it was dropped from a great height into the eerily black volcanic landscape of Iceland, is a geothermal pool full of minerals that are said to hold special healing powers. It was the outrageously stark contrast of the deep blue, steaming pool set against the backdrop of the black yet snow-topped mountains that initially drew me to it.

Known locally as ‘the smoke that thunders’, Victoria Falls is twice the height of Niagara Falls. I had an uncle who lived in Montreal, who used to tell me that if I were to see any waterfall in the world it should be the one he’s never been to. He had seen Niagara while my friends had visited the Iguazu Falls on the border of Argentina and Brazil. Between us it feels like we’ve now completed the set!

I had a relation who’d spent time living in Bratislava and he recommended that I explore the High Tatras in northern Slovakia – which is what I did. They’re part of the Carpathian mountain range, which makes it a popular place to ski in winter. However, with its glacial lakes and an electric tram service, which connects the resorts and offers spectacular views, it’s equally as popular in the summer.

One of the most fascinating places I visited was the Sedlec Ossuary – known as the ‘bone church’ because its chapel is decorated with the bones of more than 40,000 skeletons. Technically it’s art – macabre art, it must be said – but it’s unlike anything else. The focal furnishing is the chandelier, which is said to hold every single bone in the human body.

I’d also spent time in Italy, Romania, Spain and Cyprus, with Japan and Thailand next on my list.

Just recently I found this great travel game on the net, called the worldwide window machine, which almost felt like it was purposely made for me! You’re presented with an image from Google Maps, taken somewhere in the world, and you have to call on your knowledge to know where it is, and then drop a pin on the map. The closer you are, the better you score.

Since everything is scored, it’s highly addictive. I’ve constantly been trying to beat my own record – and now that I’ve shared it with a few friends on Facebook it’s become ultra competitive. The only problem is that it’s giving me more ideas of where I’d like to visit!

My ambition was to see more of the world – and after two years of travelling (not to mention a few credit cards worn to a nubbin) I felt I did just that. But now I’ve got a new list – although they include far flung locations that may have to wait for a time when my bank account is properly replenished!

About the Author: Cameron Thomas was born in Lincoln, UK, and studied marketing and communications at the University of Huddersfield. He’s an avid photographer and has been working for a major food retailer since he returned from his travels across southern Africa and central Europe.