Bartering with a Billionaire in Singapore 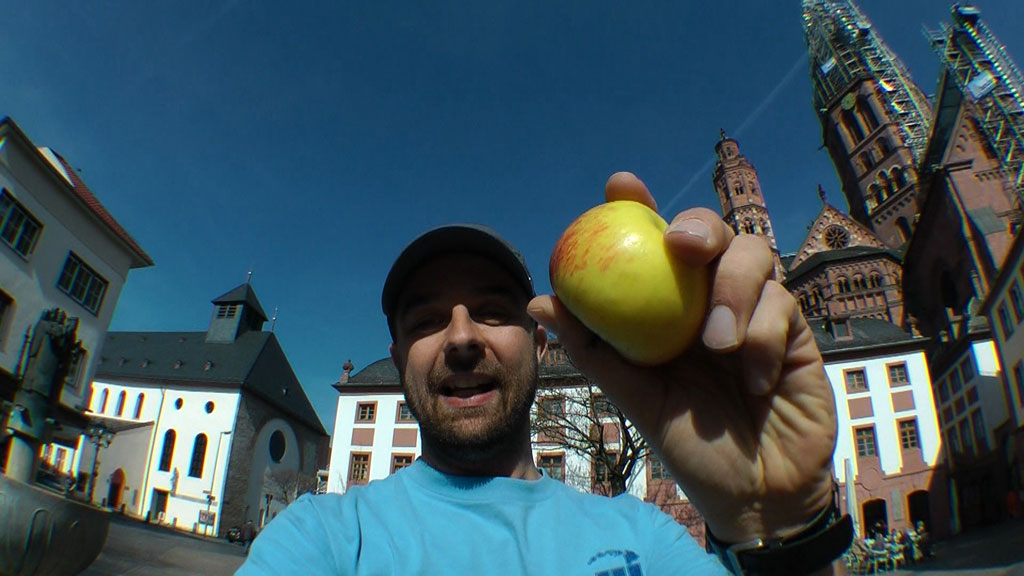 Michael Wigge redefines the term “adventure travel.” For some, adventure comes in the form of scaling mountains and bungee jumping. For Wigge, the adventure lies in engaging with strangers, couch surfing, getting from one country to the next with no money and even crossing Germany….on a Razor scooter.

After travelling the world for 150 days without money while writing his first book, How to Travel the World for Free, Wigge took on a new challenge: turn an apple into a house in Hawaii.

For his latest book, How to Barter for Paradise, Wigge traveled through 14 countries and 6 continents exchanging goods for more valuable ones, meeting an array of good-humored people along the way who took his deals.

After sixty-five days of bartering, I sit with my jade on a plane, and I’m just in time. Jim Rogers, the billionaire in Singapore, promised me weeks ago to devote thirty minutes of his precious time to me on May 25th at exactly 11:10 a.m., just as long as I bring some jade with me. And I have it!

I call up the most important facts about Jim again:

He retired from finance at the age of thirty-seven, since he has made enough money in the stock market.

He moved from New York to Singapore as an adventurer and investor.

He is married to a young blonde.

He has made two big world-wide trips, one on a motorcycle, and in the process set a world record: over one hundred countries visited in three years!

Now I understand why I was granted an audience. Jim likes adventures. He has also written books about them with telling titles such as Investment Biker and Adventure Capitalist. I’m very excited for my appointment as I prepare myself. A meeting with a billionaire is the chance to really make a big jump. So I have devised the following plan: first, I’ll offer only the two small jade pieces, and then I’ll throw in the big stone, and then, when I’ve already gotten a decent offer, BAM! The little jade Hawaii house is also on the table. And then, when that has added a nice amount to his offer, Jim Rogers will turn the house over and, ding! the inscription “for Jim” on the bottom, which I wisely made in advance. Who could refuse an offer like that?

It is May 25, exactly 11:10 a.m., when I ring the bell to Jim’s house, or should I say his estate, in Singapore. A maid leads me to a conference room decorated with Asian art objects. I wait ten minutes until an older but athletic man of just 5’4” enters the room, says hello, and gets right to the point: “Did you bring jade?”

“No, here are the certificates.”

Unbelievable! I was so sure that a totally euphoric bartering agreement would happen here, interrupted only by the clinking of champagne flutes and the entrance of attractive maids who would discreetly shove caviar hors d’oeuvres into my mouth.

And then this: a brutal business deal where I have to be extremely careful not to leave the house empty-handed. I realize that Jim will disparage anything I offer to strengthen his own position. But luckily, the image of the woman in the Dharavi slum of Mumbai appears before my eyes again. She whispers in my ear: “When bartering, always act as like you are completely dissatisfied!”

I immediately have the opportunity to put those words into action. Jim offers me two gold coins, an ounce each. When you think about the fact that an ounce of gold is worth about $1,500, that’s not bad. But still, I listen to the words of the woman from the slum and act dissatisfied. At the same time, I set the six-and-a-half-pound jade stone—bam!—on the crystal table like magic. Jim looks at the jade with big eyes. He hadn’t counted on there being more. Now the shell of the stony businessman is beginning to crumble, I think, as he says, “What is that?”

“Six and a half pounds of jade.”

“No, here’s the certificate.”

I almost have a small crisis, but luckily Jim disappears wordlessly into his gold and silver cabinet and places a third ounce of gold on the table. Wow! That’s almost $5,000 in gold, and I’ll definitely be able to trade it, since gold has value all over the world, which makes it much better than jade. And the best thing is that I still have my trump card. The moment comes—ding!—I place the little house wordlessly on the table at the same moment Jim looks at the door politely but impatiently. My thirty-minute time with the billionaire is over.

“A jade Hawaiian house that I made myself, for you.”

I don’t say anything, I don’t show a certificate, I just calmly turn the house over. Then I say, in my most charming voice, “I made it especially for you. It has an inscription, here: for Jim.”

Both of us feel tears in our eyes. For a moment, emotions win over the tough business atmosphere. Jim disappears into his cabinet again. It takes a moment, but he returns with three ounces of silver, which he puts in my hand with a smile, but without wasting words. He quickly sees me to the door, probably so as not to risk me seeing him wipe the tears. Or maybe just so that I can’t magically proffer another piece of jade out of my pocket.

Wow, I made a good deal and now I’m sitting with three ounces of gold and three ounces of silver in a hostel room in hot, humid Singapore, right on the equator. This city state is distinguished by its imposing skyline and its atmosphere of order and cleanliness that beats out Germany in every way. It’s a great city, but with unusually strict laws. A taxi driver tells me that the slightest infringement is punished immediately with jail time. I wonder if I’m allowed to walk around Singapore with six ounces of gold and silver in my pocket. I hastily look for my next country and decide on Thailand. 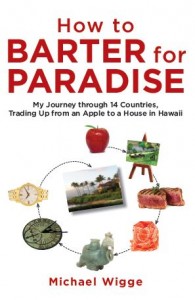 About the Author:  Michael Wigge redefines the term “adventure travel.” For some, adventure comes in the form of scaling mountains and bungee jumping. For Wigge, the adventure lies in engaging with strangers, couch surfing, getting from one country to the next with no money and even crossing Germany….on a Razor scooter.  After travelling the world for 150 days without money while writing his first book, How to Travel the World for Free, Wigge took on a new challenge: turn an apple into a house in Hawaii.

For his latest book, How to Barter for Paradise, Wigge traveled through 14 countries and 6 continents exchanging goods for more valuable ones, meeting an array of good-humored people along the way who took his deals.

One response to “Bartering with a Billionaire in Singapore”