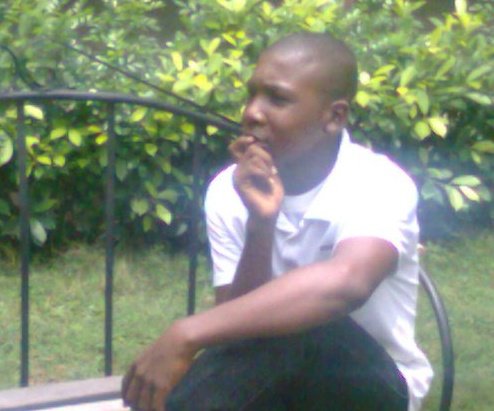 A traveler to northern Nigeria unavoidably notices them. They live an incredibly exceptional life and survive in the crudest and most unusual manner. Pervading almost every street, they tread smooth roads and coarse terrains scavenging for eatables with which to quench their famished tummy. Their clothes, rather rags, barely cover their sagging, rash-pervaded bodies. With mucous-filled nostrils, they anxiously peruse garbage for booties. They beg for money. They feed on remnants. With germ-ridden bowls and hands stretched out, they rush at passers-by on streets and motorists in traffic, known and unknown, for whatever they could possibly obtain. Anything, any amount! These they did day in, day out. The almajiris do just anything to survive!

I felt this unimaginable gratitude not because of a prosperous occurrence in my life but by merely reflecting on the abject conditions they lived in. I was awed not by any glamor in their lives but by their crude and rugged way of survival.

Until this sojourn, I could only imagine people living such anomalous lives. Here however, I see the almajiri who would not complain that a well-prepared meal is not the choice repast but would hastily jump at just anything that can pass through the esophagus. Anything goes! For them, choice is an opulence they could ill afford.

These children, the almajiris are child-beggars ranging between ages four and twelve; and by far, they form the most worrisome scenes in my entire odyssey up north – an odyssey which began at Agege Park in Lagos where my dad and I boarded a luxurious bus.

I constantly felt heavy pressure on my right shoulder. It was the man standing beside me leaning intensely on me as he either drifts off or loses balance. He was just one of the many attachments who stood throughout the journey. Some managed to sit on the bare floor. Others, not so lucky, ‘hung’ onto iron bars for the about 18-hours journey. It dawned on me that my seat was a luxury.

This and every bit of my journey up north infused me with a unique splendor of appreciation for the many blessings we habitually take for granted.

As the bus covered distances, my sight caught hold of the North’s agricultural endowment – vast land and a sizable farming population providing the great chunk of the country’s everyday nourishment. Just as I gaze in outlandish astonishment, murmurs roar from behind; western women complaining that the north offers nothing to the federation. This indeed is a country sharply divided along many lines. As I pondered about Nigeria’s continued existence, I helplessly failed to subscribe to their postulations, for before me lay North’s contribution to national wealth. While the western and eastern regions boast of commerce and oil, the north can equally boast of agriculture!

Kano was the last stop. The remaining passengers alighted. Journeying to my dad’s lodge at ‘Sabon-Geri’, a settlement for outlanders at the heart of Katsina state, I was immediately amused by the infrastructure. Though it wasn’t exceptional, it ridiculed my preconception. Like many, I had thought the north to be a jungle – more like the state of nature described by Hobbes. So, I couldn’t conceal an illuminated expression of wonder seeing many good roads and a relatively stable electricity supply.

Interacting with the natives was pleasurable. They were people with every feature a human possesses. By their uncomplicated lifestyle, they taught me to value the inherent beauty in diversity and variation. In Lagos where I grew up, life can be atrocious like when you are stuck in traffic jam; when you cannot meet your bills despite working round the clock; and when times are perilous. Of course, Lagos city has its alluring charms too. But life here was basic, simple, devoid of complexities, and so much to look forward to.

Touring some northern states in Nigeria including Katsina and Zamfara for about three weeks, what emerged were matchless feelings of awe for the bizarre daily-life of the almajiris and the risky ventures of the attachments; and gratitude for blessings commonly belittled together with a penchant for the adorable pulchritude which overwhelms the region.

That’s the anecdote of my sojourn up north; a place that inspires awe, gratitude and a reinforced proclivity for travelling.

About the Author: Abdullateef Abdul is an undergraduate law student from the University of Lagos, a writer, editor, researcher and a progress-enthusiast. He lives in the Lagos coastal city. For more information, visit his Facebook page.