This is an entry in the We Said Go Travel Writing Contest written by Martina Mcauley from Ireland. Thanks for your entry Martina!

As I sat there and watched three Dutch rowers named Patrick, Anne-Wiebe and Jacob perform a powerful haka (ancestral Māori war dance), I thought of how privileged I was to be a part of this Māori canoe camp. Even though there isn’t a drop of Māori blood in their veins, the passion that these young Dutch guys have for the dance came across very clearly in their strong movements, with those deep Māori chants – the ones that resonate through your veins. There were only three of them but their salutes rang throughout the camp and echoed across the fields. 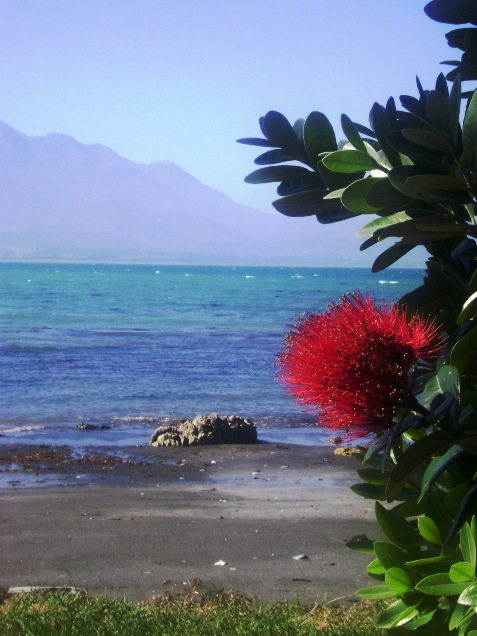 Even though I’m Irish and live in the Netherlands, every time I go back to New Zealand it feels like I’m going home. Since my second visit there in 2009, I have totally and utterly fallen in love with the land, the people and the spirit of the place. The country is split into three islands: North, South and Stewart Island. In the North are little towns like Paihia and Russell, which provide a backdrop to part of the history of the country.

It was in Paihia that the Treaty of Waitangi was signed in 1840, which established a British Governor of the country and recognised Māori ownership of their lands and properties. Russell’s shops are full of inspiring creativity of work in ceramics, pottery, wood carving and glass design. The fact that the country sits astride a fault line, causing earthquakes and volcanoes, draws a lot of visitors to geothermal areas and visits to the therapeutic hot pools in Rotorua are definitely worth a visit.

Although the North Island has its own beauty, for me, the South Island’s mountains, lakes and fjords will always make me catch my breath. It also offers activities such as exploring the remote area of the Catlins, bone carving workshops in Nelson, wine tasting in Marlborough, helicopter flights over the Fox and Franz Josef glaciers, star gazing tours at Lake Tekapo and seeing tiny blue penguins waddle their way up the beach to their nests in Oamaru. 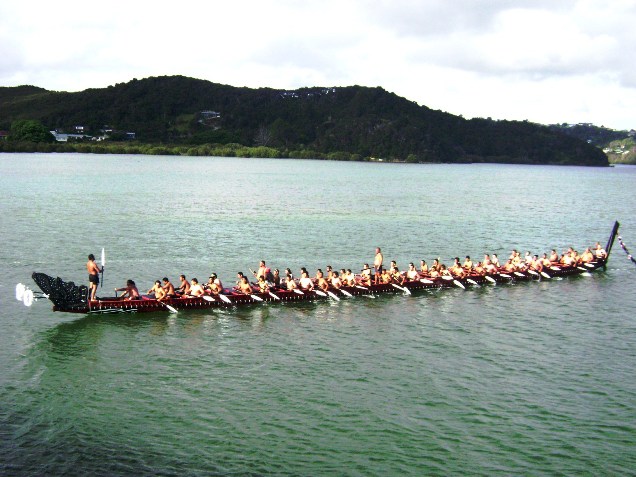 Part of my passion for the country is the interest I have in the Māori culture and language. Even though the Māoris comprise of only 14% of the country’s population, they still play a strong and pivotal role in New Zealand life. Their weaving, wood carving, work with jade jewellery, music, language and contemporary art are all central to New Zealand’s identity. They not only contribute to the national image but are also involved in promoting New Zealand internationally.

The Māoris made history in 2010 when they made two wakas (canoes) for the Mana Māori Exhibiton, at the Museum Volkenkunde, in Leiden, Netherlands. It was the first time ever that they made traditional canoes to be used outside of New Zealand and by non-Māoris. Njord Royal Rowing Club, based in Leiden, works alongside the museum to maintain the ceremonial waka while it’s in their care. The second waka is used as an educational tool to provide an opportunity for Dutch people to experience some aspects of the Māori culture. Since 2011, a delegation of the Dutch waka crew participates in the Waitangi Day (New Zealand’s Independence Day) celebrations.

I was invited by one of the organisers to stay at the Māori Waka Camp for Waitangi Day, 6th February in 2012. At the camp, the Māori waka teams prepare and train for paddling Nga Toki Matawharoua: one of New Zealand’s largest canoes and other wakas at the celebrations. They also practice the waka and marae tikangas (meeting house protocols) associated with their culture. I got a much deeper understanding of their culture that weekend but wanted to learn so much more.

After the haka, Patrick, Anne-Wiebe, Jacob and Anarie: the full Dutch delegation, said their goodbyes and thank you’s to the group that were gathered in the whare kai (dining room) tent on the campsite. Māori protocol when saying goodbye, is to say a few words of thank you, sing a waiata (song) and do a haka. It was the end of an enriching and memorable weekend. Everyone else here had a part to play in the proceedings but I wasn’t a paddler, a cook, a cleaner or even a New Zealander! The organisers and everyone else still welcomed me into their whanau (extended family) with open arms. It was such a privilege and an honour for me to be a part of this and showed me another aspect of New Zealand life. This is a country that welcomes those who visit with open arms and a purity of heart.

About the Author: Martina Mcaulay: I’m Irish, living in Amsterdam but have a huge passion for New Zealand. Love traveling & exchanging travel experiences/tips with others. Mad about Irish music. Link to my personal website: http://www.travelwithtina.net

To Costa Rica With Love
Antarctica Feature: Part 2 - Will I Be Bored on the Ship?
Spain: Granada the Great
Gratitude Travel Writing Contest Winners 2013