I walk in the treetops of the oldest rainforest in the world, balancing on wobbly bridges that sway with every step.

I stare into the trees, looking back in time. If I squint a little and let my imagination take over, I can see majestic dinosaurs stomping under the canopy. 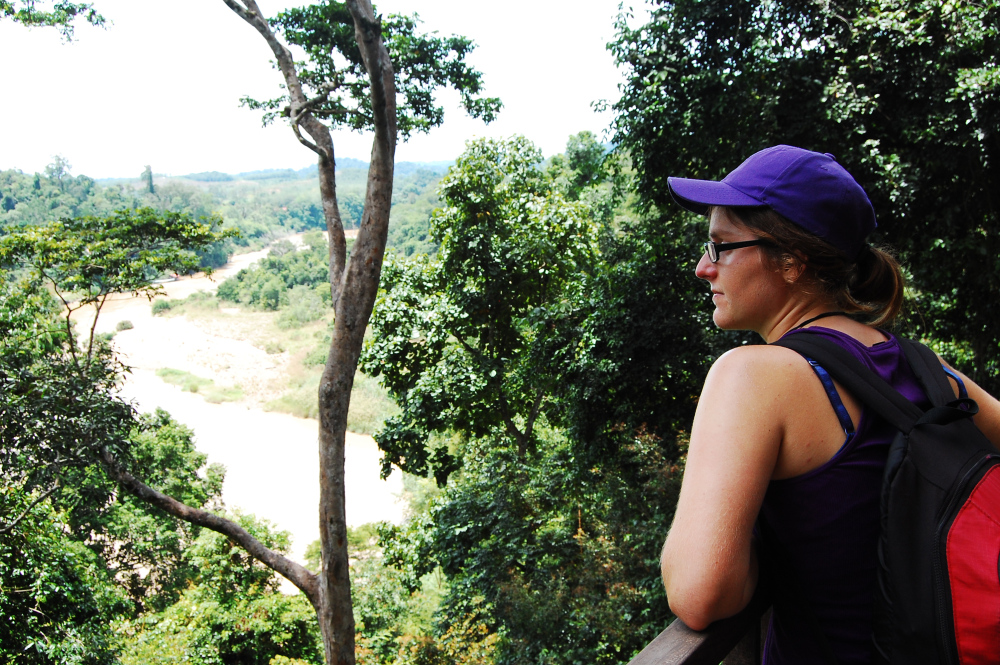 Located next to a winding river, Taman Negara is the the most famous national place of Malaysia, and is home to  elephants, sun bears, and millions of red ants.

Even tigers still live deep in the forest, although most guides don’t want to see one, even if the tourists do.

During rainy season, every evening brings a torrential rainfall, causing the river to swell. In a few months the floating restaraunts will close, and most businesses will shut.

Only a few will stay for the rainy season, including a friendly musician named Aban. I met him one moonless night when he was playing guitar, surrounded by a group of drunken Malays.

“Come join us!” They beckoned as we walked by to our hostel. My other friends were tired, but I went to grab my ukulele and came back to join the fun.

Aban was the main musician, singing songs in Malay and English and plucking the guitar. When he heard I was from California, he broke out in a beautiful rendition of Hotel California.

After the music died down, Aban started telling ghost stories about the area. I was riveted when he told me about Grace, an American tourist who went missing in 1991. She was last seen at the Canopy Walkway, and after that disappeared into the forest without a trace. 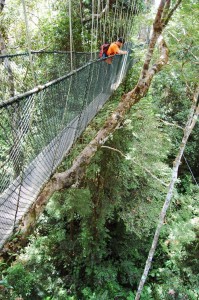 Six years later, an Indian tourist was hiking alone. She heard voices calling to her . . .  and she followed them. For the next nine days she survived in the forest without food or water. Luckily she was discovered by some hunters and was airlifted to a hospital, and she survived.

Six years later, a local girl was with a photography group on a peak far away from civilization. Entranced by her small subject, she lost the group, and for 19 days wandered in the forest, following the river. She too survived, but barely. 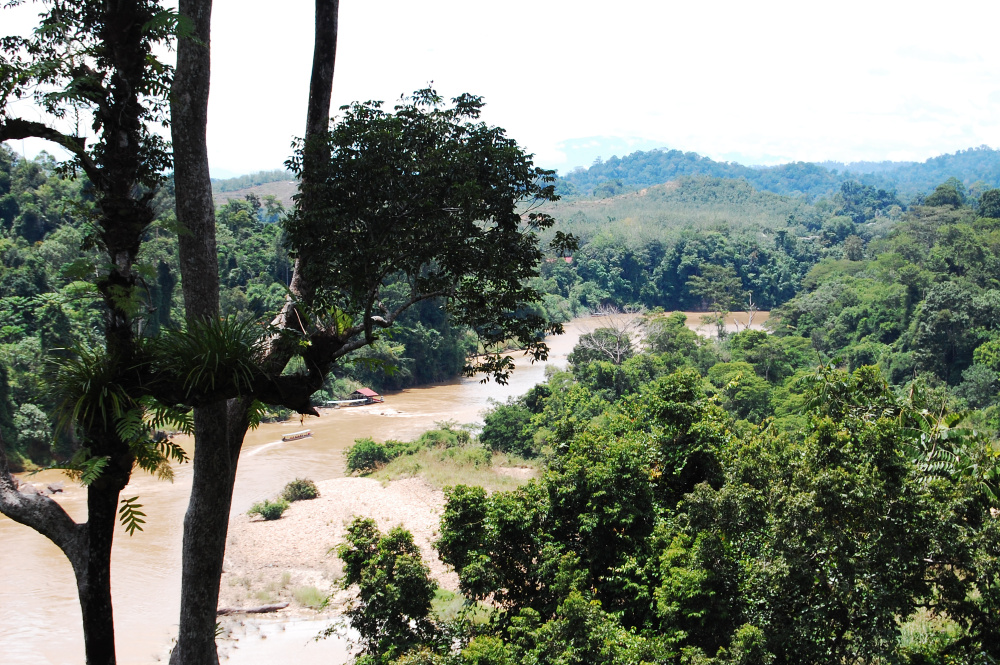 Something eerie like this happens every six years in Taman Negara, Aban told me. The most recent story was about a boy swimming in the river with a group of 15 friends. At one point they noticed he was missing, but assumed he had gone back to the hotel unnoticed. A few days later, his body was found.

That night as Aban told me these stories, looking out at the slowly rising water, I felt shivers in my spine. Luckily the last tragedy occurred only 3 years ago, so I was safe… for now.

Often, when I travel, I feel like an outsider looking in on a mysterious world that is unaccessable to me. Its only in rare moments when I feel included with a group of locals who will tell me their stories.

Uluru: One to Remember
The Broke Backpacker & The Truth Behind Voluntourism
5 Reasons Why You Should Make Crete Your Next Holiday Stop
The Urban Jewel in Tenerife’s Crown

One response to “Malaysia: Ghost Stories of Taman Negara”