Love Rehab in 12 Steps: Find Parsley to go with your Risotto 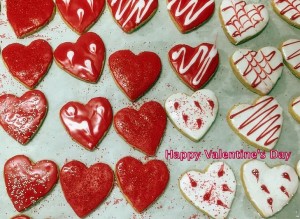 When I chose to get divorced last year, at first I felt like a failure. I felt embarrassed. I fell into an abyss of sadness. I wish someone had handed me Jo Piazza’s book, Love Rehab in 12 Steps. Reading her book seemed like I stepped onto a lifeboat of empathy, where they were playing the song, “You are not alone.” 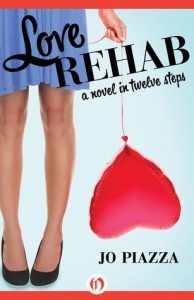 Not only is the book well written but the engaging characters felt like familiar friends. When the main character, Sophie, starts LAA (Love Addicts Anonymous), she tells us: “God, I needed LAA. I needed something. I was getting jealous of a potential girlfriend of a man I had once shared a slice of banana cream pie with after lying to him at his Alcoholics Anonymous meeting. I was so far from normal.” It made me laugh and I felt better.

I was swept into the enjoyable story and at the same time felt like I was going for a group therapy session. As more in-depth characters appeared and more of my issues were discussed, I continued to feel better and happier. Sophie talked to her friends about Sunday:

Sunday is a good day to make plans with other single women because it is such a bad day for them. On Sundays couples sleep in late, wake up and have missionary morning sex, and then brunch before heading to Home Depot to pick out new blinds or area rugs for the apartment they just moved into together. For singles, Sunday is waking up with a hangover, maybe a strange man in your bed, figuring out how to get said strange man out of your bed, and then sending a dozen text messages to your other still-single friends to see who wants to have brunch with you somewhere they have unlimited Bloody Mary’s because, one, you’re footing the bill; two, you need to get a little drunk to erase the pain of not having someone to go to Home Depot with; and, three, you woke up with a strange man in your bed and you are already bummed that he didn’t want to have brunch and hasn’t texted you.

The antics made me laugh and cry as I thought, “I resemble that remark.” I wish I had this book to read during my divorce or before I decided to get married! I would give it as a gift to anyone struggling with a relationship issue or who just loves a great story.

Sophie tells us she “was a love pusher. I just wanted my boyfriends to like me so much that I never really considered whether I liked them. It just felt good to make someone like me.” I loved when the characters were making their rules for LAA and talked about television. Remember, “We don’t live in an episode of Three’s Company. Rule 5: Thou shalt not believe the myths of the romantic comedy. Thou may only indulge for the snappy dialogue.” I do think watching romantic shows and movies leads to some of my unrealistic expectations.

I loved when Sophie’s friend, Dave, talked to LAA about men and what women needed to know to make better choices. She described him as “Dr. Phil meets Mario Batali:”

“The guy you date next should just be the parsley to an already kick-ass dish of risotto. You’re great the way you are. Men are just the garnish…Use the information I have just shared with you to take the control back in your relationships. Don’t imagine yourself walking down the aisle on your first date. Do what we do. Imagine leaving in the morning after having great sex. That is my first homework assignment to you all.”

Get ready for “Sex in the City” meets Elizabeth Kubler Ross as you are entertained and healed thru states of grief with humor and compassion.

As Sophie tells us, “Everyone is f-ked up when it comes to love and romance. If we can only realize that we’re all messed up in the same way, then we can get better.” She asks a friend: “Do you think I’m better?” Who asks her, “Do you think you’re better?” And Sophie says: “I think I’m a work in progress.”

My hope for 2016 is to move forward in recognizing that we are all works in progress and things get better when we share our stories. I am ready to take Dave’s advice and find some parsley to go with my risotto! Happy Valentine’s Day! I feel free and excited for the future, how about you?

What books inspire you? Find more of my trips and tales on my website, We Said Go Travel, or my YouTube Channel. Thank you! Lisa Niver

A melodious moment in the USA; not a timed memory’
Survive the Unexpected: Supersurvivors
Enjoying My First Blogher Conference in Los Angeles
Who is The Drew Barrymore Show sending to Fiji?