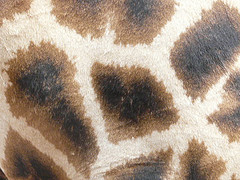 Charles pulled out the biggest kitchen knife from his box of utensils and laid it out on the makeshift table beside him. It glinted in the early morning sunlight. This was all he had to protect himself.

A few hours earlier, this place had been crammed with trekkers: little groups huddled over fires, telling tall stories in a muddle of languages. Someone claimed they’d seen a lion stroll nonchalantly through the middle of the campsite and out the other side before disappearing into the darkness just a week or two ago.
That morning, we over-landers went off into the Serengeti in search of game, Charles stayed behind, alone in the camp. There was nothing between him, the bush and the lions…

Charles didn’t dwell on what was out there; he had a job to do. First, he built a coal fire. Whilst the coals burned, he prepared a mixture. Once the ingredients were blended to a rich, smooth and creamy consistency, he poured it into a battered crock. Seeing the coals were glowing white, Charles held his calloused hand over the fire. The heat was so intense he pulled his hand away sharply. “Good,” he thought to himself. “It’s time to set up the Dutch oven. “
Carefully, he laid four large flat stones on the metal ring, followed by a layer of coals. Next, he set the crock over the layer of stones and coal. Using tongs, he placed yet more coals around the croak and finally another layer on top. All he had to do now was wait.

As day drew to a close we returned to camp exhausted but exhilarated, our minds playing back a film of memories, a thousand images of the wildlife we’d seen roaming the vast canvas of the Serengeti. As the sky drained of light, and the world switched from muted colour to monochrome, Charles laid out a banquet:
First the chapattis; charred-crisp and finger-tingling hot, tasting deliciously smoky from the fire; Then githeri, a steaming stew of beans and potato; followed by ugali, a filling corn dish and kuku paka, a delicious spicy chicken and coconut dish.
We ate with our fingers, using the chapattis as spoons. As we sat in the darkness by the glow of the campfire, all the perfumed and spicy flavours of Africa, Arabia and India merged and hit our senses in sweet ecstasy. Somewhere in the distance we heard the cackle of hyena. Somewhere beyond the camp, we heard a roar. Our backs stiffened.

Then Charles unveiled his pièce de résistance: a chocolate cake. With a flourish he presented it to my birthday child of 11 who gazed at it in disbelief. A birthday cake? In the middle of the bush? Without electricity or an oven? Was that possible?
Charles, our magician chef, who whipped up fried eggs in seconds, and shouted ‘Doant waat’, had done it again. He had pulled the rabbit out of the hat – or a freshly baked chocolate cake from the camp fire.

About the Author: Helen Moat spent her childhood squished between siblings in her Dad’s Morris Minor, travelling the length and breadth of Ireland. She’s still wandering. Helen blogs at: http://moathouse-moathouseblogspotcom.blogspot.co.uk/

Indiana: The Ancient Splendor and Magic of Turkey Run Hollow
Thailand: A Random Act of Kindness
Alight in Thailand
Pondicherry: Memories of a College