To be a Judge of Rio de Janeiro 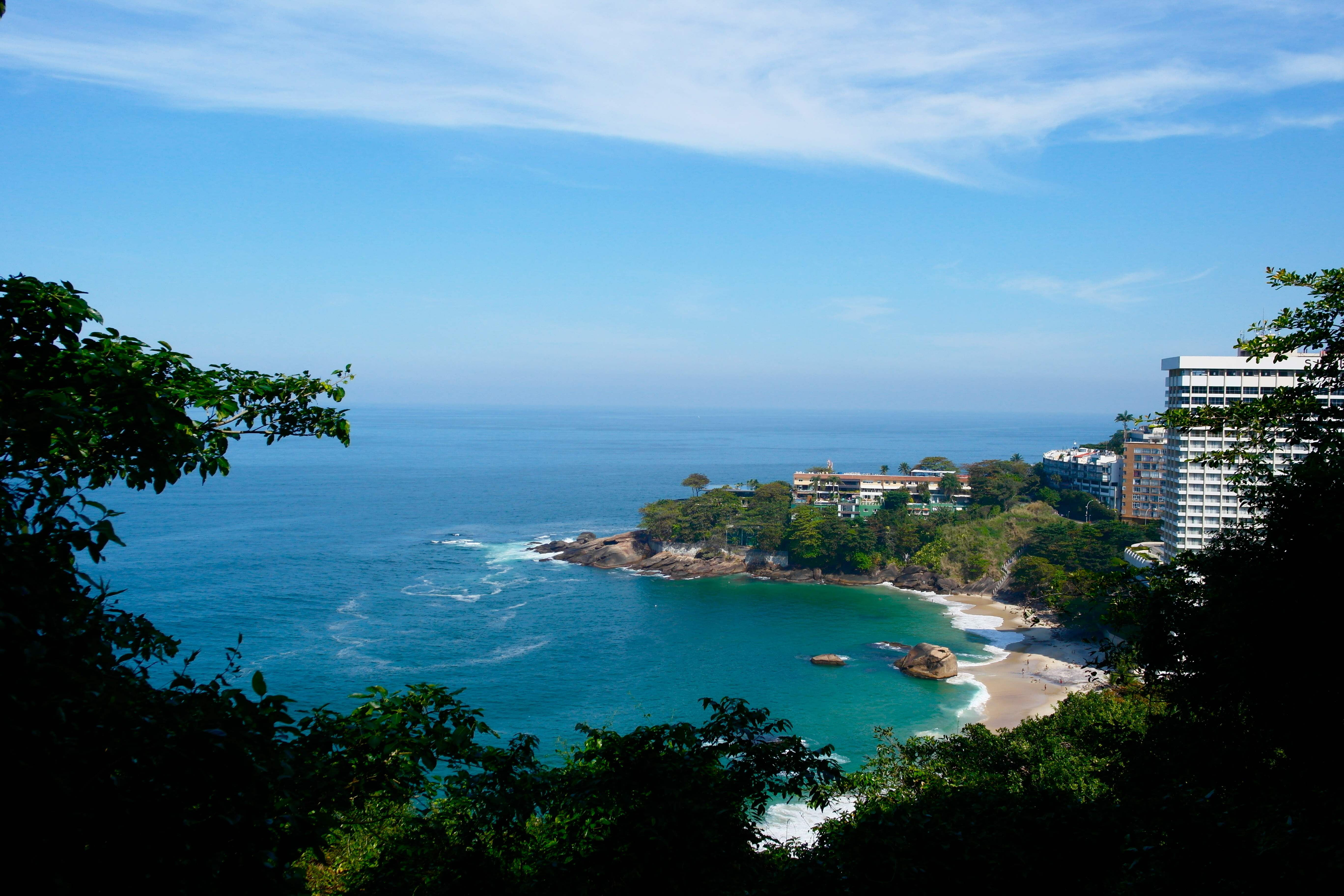 Rio de Janeiro. The city that has more love than Paris, more nightlight than Tokyo, more culture than Barcelona and more music than a New York City street. Rio is the city that only those willing to risk all will travel to, unless with a corporate credit card, business briefcase and a high luxury suite. Generally you’ll spend less here in a week than you will in a night in Paris and yet it’s the city that is so overlooked. But… price has nothing to do with it. Brazil has been in the spotlight over the last few years; of course there is the world cup next year and the summer olympics in 2016, but thats not all that hits the media. There’s the never ending bureaucracy between the police and government officials which influence heavily publicised riots that demonstrate to onlookers a constant fear of ‘danger’, so naturally its a place where only the bravest of travellers will attempt to step foot, at least at this time. So why would anyone come here? Sure theres beaches, the brazilian booties, and the World Wonder ‘Cristo Redeemer’, but what really is the purpose in coming to a city for no other reason but to see a giant statue and take a picture imitating his stance?

So then, why did I come to Rio?

To be honest, I wanted to travel through South America, and the cheapest flight I could find was into Rio de Janeiro. Even coming from the travel industry I knew nothing about Rio, I knew nothing about the customs, the culture, the food. I didn’t even know what Lapa was until I heard it mentioned a few times whilst here and then googled it, let alone Copacabana, Ipanema and the structure of the city physically. I was then surprised to see that the city itself, it actually a huge beach, surrounded by beautiful green mountains and a few (thousand) high rise flats in-between. Throw in a couple of lakes and basically you’ve got Rio- a natural paradise. At a glance I started to understand the hype. Well, theres the beach, and the weather is generally nice, and I’m a beach lover so it was a nice change from other cities. But, it was more than just a horizon of translucent blue/green water that got me. It was more than the view from the top of a mountain, it was more than the reflections of light on one of the many lakes after the sun set. Personally, I am not one to be attracted physically. In fact, Im the kind of person that after a typical ‘laugh at me, smile at me, twinkle in my eye’ kind of philosophical conversation, I’ll then start to think about the attractiveness, and Rio, well… Lets just say it has a whole lot more than a twinkle and some good banter. 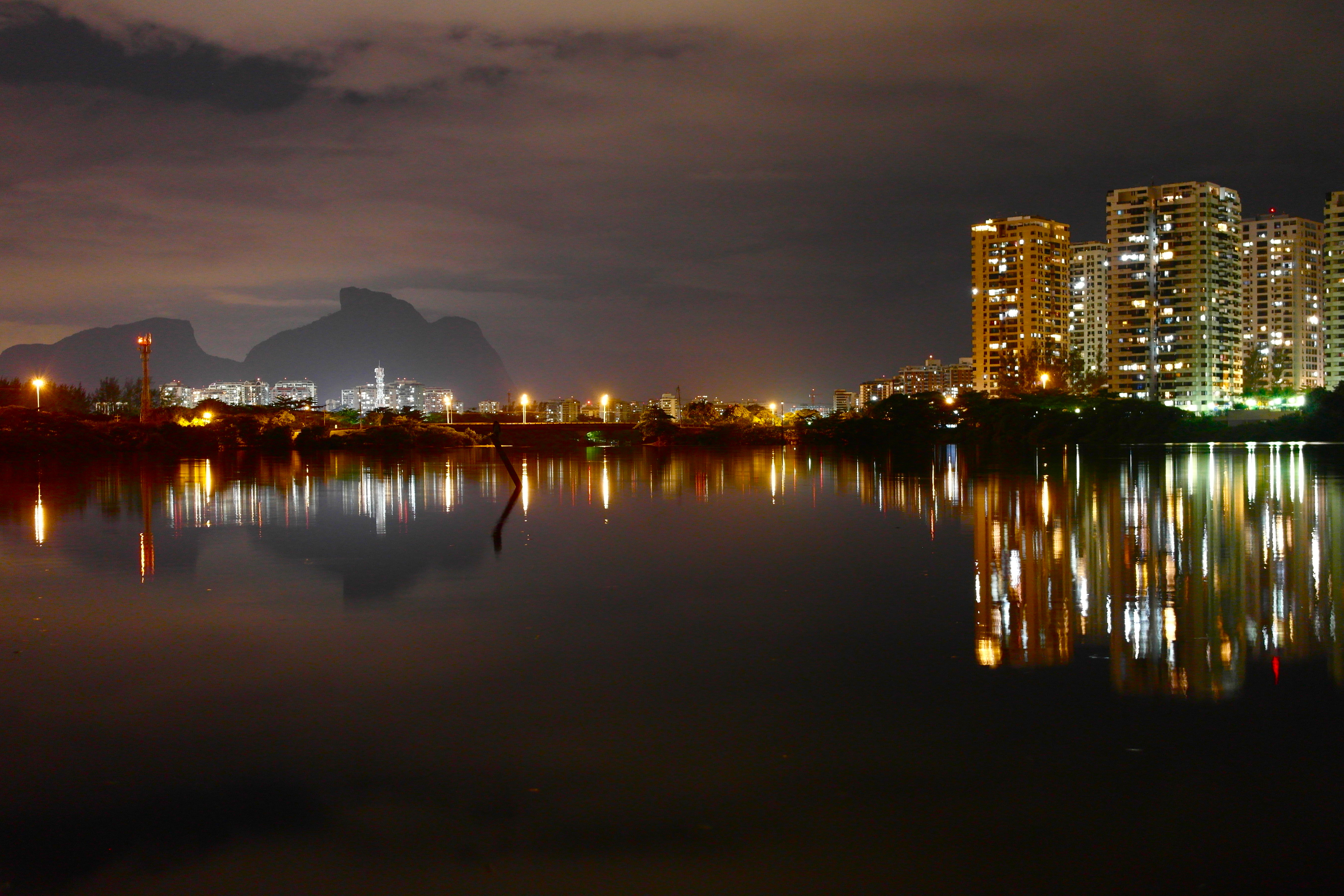 Rio is like the jewel I accidentally stuck to my wallet with mismanaged superglue, but instead of tediously trying to rip it off like a bandaid, I decided to embrace it and make it a part of the patchwork. Call it edgy, call it hipster, but hey; Rio managed to become a part of me. Heres a quick confession: I’ve been in Rio for 6 months now, and I have never seem ‘Cristo Redeemer’ up close. I didn’t come to Rio to tick of a list, and I didn’t decide to stay here to have bragging rights. In fact, I stayed because I actually couldn’t rid myself of the addiction that is Rio de Janeiro. I tried to leave Rio, many times, but always wound up feeling more homesick than I ever have. Apart from chocolate and a nice glass (or three) -hmm actually or seven glasses of red, Rio is the only drug I need. It’s a vicious circle, like all drugs because the longer I stay, the more I never, ever, ever want to leave. 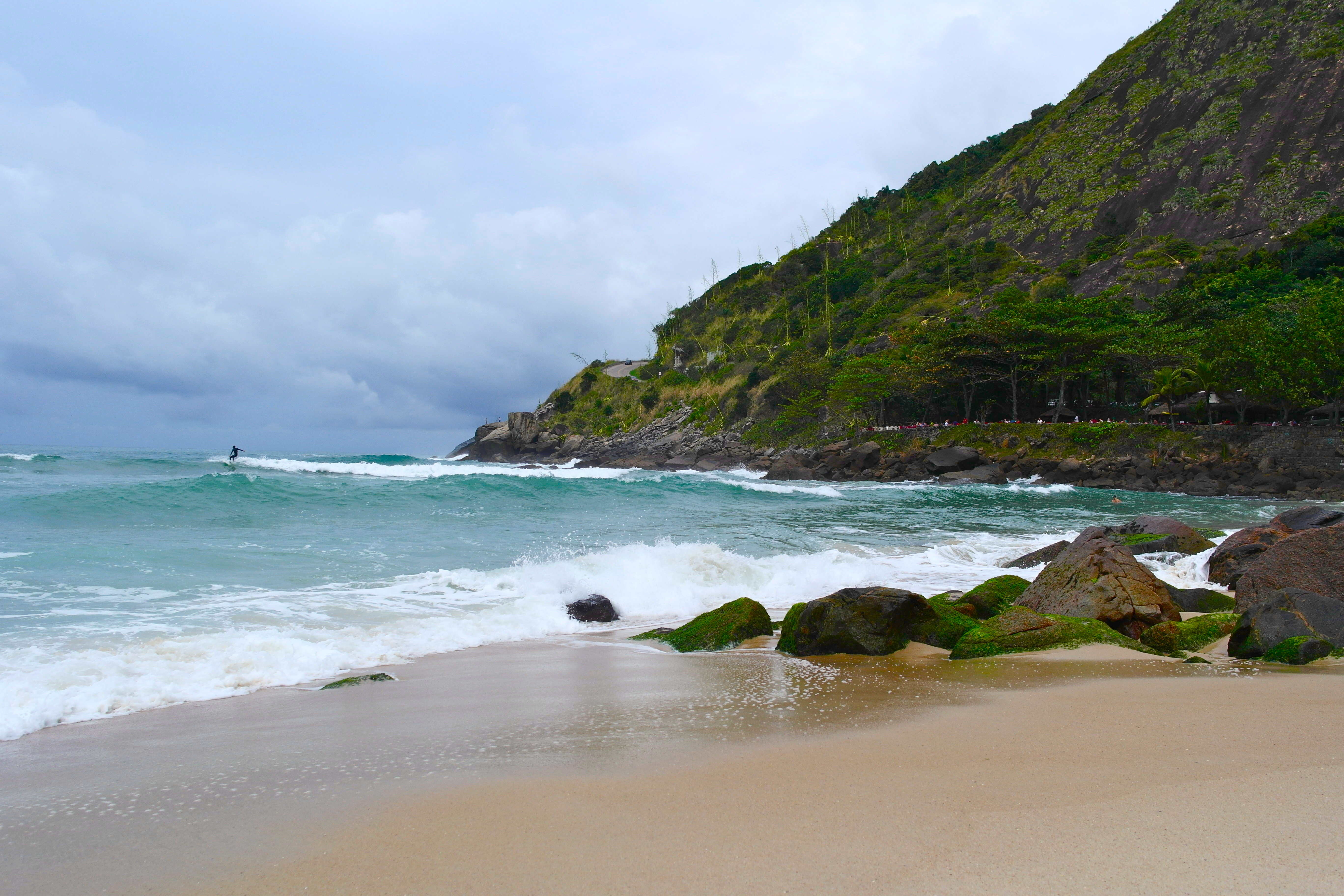 So theres the whole danger aspect that you read about, and I have read about a lot. Before arriving my mother was horrified that I was going to Brazil, and South America in general. Mosquitos that kill you, riots with tear gas and rubber bullets, rapes, kidnappings. Basically she did what she could to find every single story that would mean my demise. But thats the thing about the media, you only hear the bad things. One rape (horrible as it may be), by one insane person is detrimental to an entire society. But with that in mind I was of course wary and cautious upon arrival. Maybe I am just the lucky one, because never have I ever felt any danger whilst walking the streets of Rio de Janeiro, daytime, nighttime, through the city centre or through a favela. I have felt much more danger walking around Barcelona in the middle of the day. Sure there are stories, and sure, bad things happen, just like anywhere else in the world, but living in Australia meant that I was confronted with many natural and unnatural disasters; bush fires, cyclones, droughts, and then the occasional street shooting or body that wound up cut into 70 pieces in a garbage bin. In the United States it seems that every month there is one crazy guy with a machine gun or a machete that ends up attacking a school filled with innocent children. And not to mention the child abuse and abuse against women that happens behind closed doors in many other of the worlds nations. But when something as trivial as losing my wallet in Rio, and once I finally accepted the fact that it was gone and that everything can be replaced, I got a phone call saying that it had been handed in. I am the lucky one, of course, and of course this won’t happen to everyone, but to get a wallet back with every single cent left inside- all I am saying is don’t be to abrupt to judge everything you hear or read about.

My experience in Rio has been nothing short of incredible, fantastic, mind blowing, life changing, amazing. I have never experienced a culture where most locals can’t take trips for too long because they miss their home city, and to meet other foreigners who get stuck, just as I did, it really says something about the city. But maybe it also says something about the type of travellers who dare to step foot here. For me though, through good and bad, thick and thin, all that ’til death do us part kind of junk, it seems that I have found home, in a seemingly hopeless place. 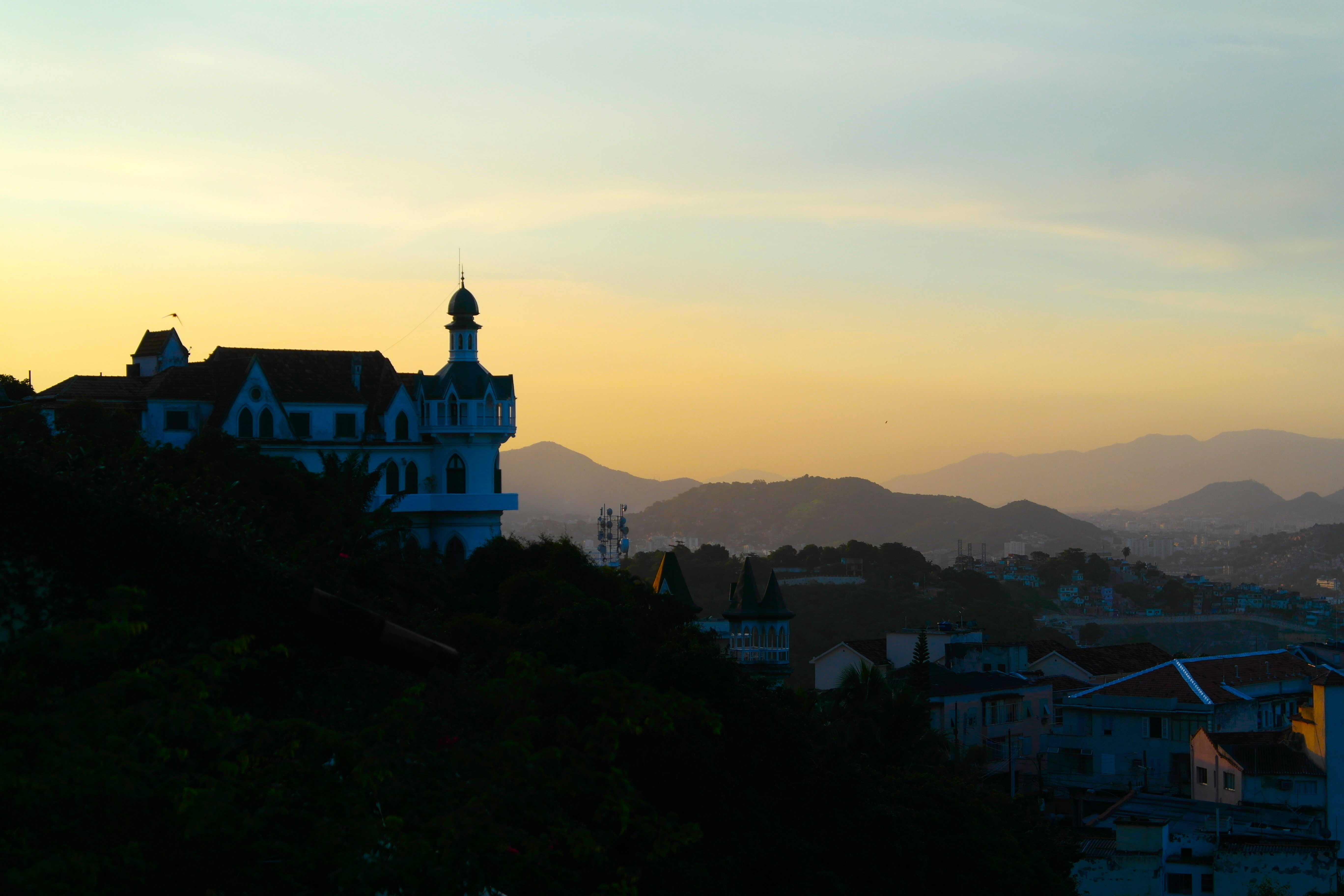 Avoiding the Drama when We Travel: Tips & Tricks
48 Hours in Portland
12 Gay Hours in San Francisco
One Dish - Four Seasons: Food, Wine, and Sound - All Year Round

5 responses to “To be a Judge of Rio de Janeiro”