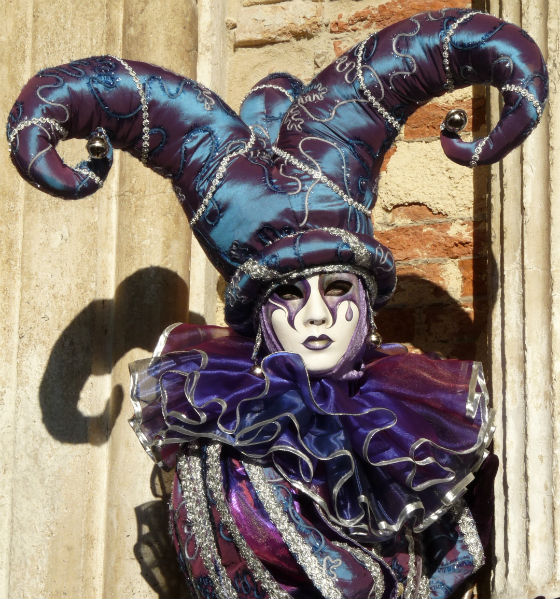 (Names changed to protect the guilty)

It all began with a heating bill.

One Tuesday morning in April at the end of the school semester, while my roommate was preparing to move back to Amsterdam and I was preparing to spend the rest of the year in Florence, we heard our landlord traipsing up the stairs, then knocking on our door saying she wants to discuss a bill that she held in her hand.

Apparently we had wracked up a bill for €200 (well, it was cold that winter and snow had fallen for the first time in a long time). Her face turned all shades of blue as she lectured us on the “rising cost of electricity” and that this bill was “way too high”, and threatened to withhold our security deposit. I realized, then, that I had better make plans to live elsewhere.

So I scoured the newspapers looking for light, easy work, and preferably a live-in position. I also sought the help of an employment agency. One Monday, I came upon an ad by a lawyer whom I shall call Avocado X, offering a live-in position. “My name is Avocado X,” the ad began, “looking for a ragazza (girl) with a high school diploma to work from my home on the computer and to do light housework. Pay €320 bi-weekly.”

It looked like something I could handle, so I applied for the job. The interview was taking place the next day at his condominium just outside of Florence. When I arrived, I rang the buzzer outside to announce myself and took the seven flights of stairs up to his suite.

When the door opened, I was greeted by a short, bald man, around 50. He beckoned me in, and I entered an exquisitely furnished luxury suite. He invited me to sit across from him at his large mahogany desk.

He began by asking me where I was from. I said Canada. He said that he spoke no English at all, only French and Italian, and I told him that I spoke both. He then asked my age. I said 40. And so began the interview.

He was a civil lawyer and wanted someone to do work on his computer while he was away at the office, to tidy the apartment a bit, and did I know Microsoft Word? I said I did.

He then told me I was beautiful.

He then gave me a tour of the apartment. First, the room for the live-in hire, then his bedroom, the kitchen, and the bathroom.

While he was showing me around, I felt uneasy. The atmosphere felt a bit too intimo. This was no place for an employer and employee to live together, I thought.

He then invited me to the terrace/rooftop just outside of the apartment and up a flight of steps. As we reached the foot of the steps that led to the rooftop, he went ahead of me a bit and then turned around and offered me his hand to guide me up the steps.

At that moment, it was as if I were a beautiful princess at the ball being led by a prince charming up the ballroom stairs. But back to reality. Call me out of touch with the European way of life, call me a feminist, call me whatever you want, but I felt it out of place for him to be offering his hand to me, especially as a potential employer. So I said “I’ve got it!” and led myself up the steps without his help. The terrace was nothing but concrete.

We went back to his office, where he said “Karlina, you did not want me to take you by the hand to lead you up the stairs.”

“Because if you’re not happy, then Avocado X is not happy,” referring to himself in the third person. “You must tell me what’s wrong.”

“Really, nothing is wrong. I just didn’t feel it necessary, that’s all.” I replied.

He told me I was beautiful, again.

We completed the interview and he then asked if I wanted to have a look at the work on his computer to see what it was like. I refused. He then said he would call me later in the week, and I left the interview.

The next day he called me, inviting me to the “second part of the interview” to show me “the work” so that I could start on Monday. I asked what day and time is the interview, and he said “8:30 pm at my apartment on Friday.”

He brushed it off saying he had to work late at the office that day and would not get off until 7:30. So I said, “Fine. Dopodomani” (day after tomorrow).

I then checked myself. Was this the Italian way of doing things? Late evening job interviews? It did not feel dangerous, but I was curious more than anything to find out what the heck would happen at this interview.
—–

On Friday night I arrived at his condominium. I rang the doorbell. Avocado X opened the door and greeted me with his shirt partially buttoned down. And was that “Finiculi Finicula” playing in the background?

“Come in, Bella!” he beckoned.

I looked at him.

“I thought we had an interview?” I said.

“Yes, yes, yes,” he said while hanging up my coat, “but I was thinking we could go to the opera or the cinema.”

At that moment I said, “I have a better idea!”

“Yes!” he said in anticipation.

“Let’s go to a nearby restaurant, for we need to talk.”

“Oh Karlina” he said, “don’t do this to me! I cooked dinner for you!” He ran over to the stove. “Linguine alle Vongole.”

“Il ristorante!” was my strong reply above the strains of “Finiculi Finicula”.

So we jumped into his white BMW and drove to a nearby restaurant. We took a window seat.

After we had settled in, I asked him, bluntly, “Do you have a job for me, or not? I was expecting you to show me “the work” like you said.”

At that point he took my right hand and started kissing it. I pulled back my hand.

“Bella, I need to trust the person I give the keys to my house to, you know.”

Then he took my other hand and started kissing it. I pulled my hand back.

“I want to live life to its fullest!” he said.

“I don’t want to work for someone who is going to be kissing me all day”‚ I said. “You’re looking for a playmate, it seems.”

“No, no, Bella. You see”‚ he said trying to reach for both my hands‚ “I want to work with someone who is young and jolly, not someone old and grouchy.”

I put my hands on my lap out of his reach. “Trust me, I am grouchy. I’m one serious ragazza.”

He laughed, then invited me to spend the night at his place. “Separate bedrooms, separate bedrooms” he said with a serious look on his face, “and we can have breakfast together in the morning and see how it goes.”

I was not interested. At that point, I asked him to take me home.

We drove in silence to the Stazione di Santa Maria Novella from where I would walk to my apartment. He parked the car in the parking lot and shut the car engine off.

“And what have I done?” was my reply.

“This is WHY it’s not going to happen” I replied with equal force, “BECAUSE I’m not a bambina. You’re not going to take me for an idiot. You’re just looking for una compagna di giochi, not for help.”

I got out of the car and made my way down via Faenza past the mask shop, past the bar, and on to my apartment on the second floor. I happened to glance back. There he was, still parked there, looking dejected and forlorn as if he had just lost the battle of the sexes.

On the following Monday, I went to the employment agency and told them what had happened and showed them the ad.

“We know this man!” they said. “Be careful! Don’t work for him!” My friends also told me, “Karlina, be careful! Some people go missing around here!”

But eventually, I did find a summer job by the beach that turned out to be one of the loveliest jobs I have ever had.

Three months later, summer had ended, and it was back to school. I was reading the weekly paper one day and came upon a familiar ad. It was by the same Avocado X! He was still looking for someone to work for him.

Gee, he hasn’t found someone yet? I pondered wryly. But this time I noticed that he had modified the ad:

“My name is Avocado X, looking for a ragazza with a high school diploma, AGE 29 …”

What is it about women aged 29 that men always find so alluring? I asked myself.

Good luck, Compagnio di giochi! I said, and tossed the paper in the garbage.

BIO
Karlene Cameron quit her job via jet plane back in 2003 to create a life of freedom in business for herself, though not quite knowing what that was. She is now living the life she had always envisioned. She has travelled extensively and lived on two continents. She is currently creating her next signature program “Paris, Chocolate, and Wine” for women who want to start a business.