Being in Moldova was an adventure. I was working as a Journalist at the newspaper Аргументы и факты (Arguments and Facts) located in Chisinau, the capital city of Moldova.  During the preparation of my trip I couldn’t find relevant information about the country. There was almost no Western media coverage of Moldova. 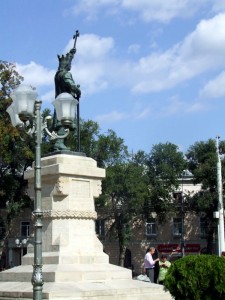 So I arrived with almost no information about the country, and little idea about what I would find in Chisinau. The first days of my stay I was confronted with the completely bizarre situation with people who I could not communicate with. I felt like an alien on another planet. Almost nobody spoke English. My Russian was bad and I didn’t knew how to speak Romanian. In Moldova, 75% of the people speak Romanian. Because of Russian anti-Romanian propaganda people prefer to call it Moldovan. But the first language is Romanian and second Russian.

After a few days I started to get to know the city and used to the mentality of the people. They where very reluctant and passive when it came to communication. Navigation around the city I had a tendency to get lost. Strolling through the city I was surprise how many shades of grey and brown one city can produce. The skyline was penetrated with large grey tower blocks, a marked impact of Soviet times. Large areas of park land that seemed to look harsh, sparse and unkempt. A lot of people use the parks as a meeting point. Especially the young ones. Appearance is very important. They like to dress nicely and stylish. I also noticed the importance of shoes in Moldova. Especially the high heels. Moldova is one of the poorest countries in East Europe and has a large foreign debt and high unemployment. So I could not understand that they rather spend money to buy shoes than a good healthy meal. 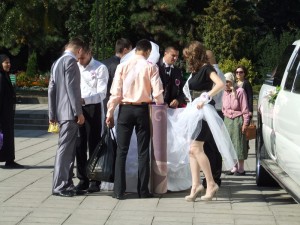 I love Autumn in Moldova. It’s the season for weddings. If you walk down the city centre of Chisinau you will see a lot of limousines and bridespair taking pictures in parks and in front of the famous statue of Stefan cel Mare. As a Journalist I was curious to know how they could afford their wedding as a lot of people in Moldova are living beneath their income. I discovered that most of the people who are getting married is taking a loan from the bank or looking for people like friends and family who can sponsor their wedding. For a lot of this people is getting married the most important event in their life.

As I was getting to adjust to the life in Moldova, the bad roads, the grumpy people it was sometimes impossible to stay calm. Especially when I was trying to get a trolleybus or maxi taxi. Drivers in Chisinau are really crazy and reckless. I stopped counting how many times I almost got hit by a car. The trolleybusses had become part of my daily routine. It brought me everywhere. And it was cheap and easy. I really had a great time working for the newspaper. For me it was like discovering Moldova differently. Because I was travelling around the country as a Journalist I could come closer to the local people, hear their story and write about it. 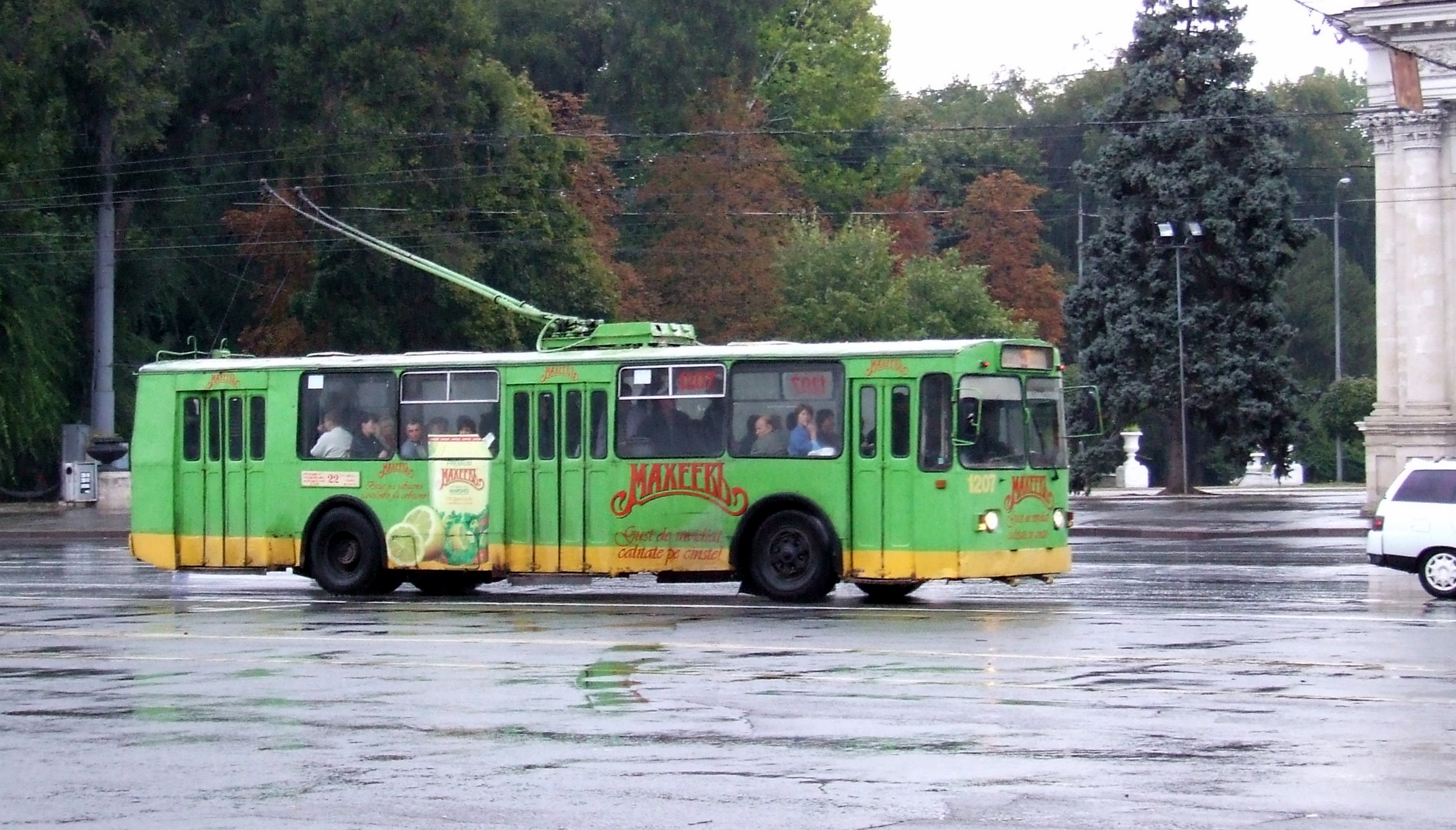 Moldova may be the poorest country in East Europe, but it had intrigued, fascinated and confused me. I have travelled a lot but Chisinau is the only city I had ever been where the streetlights are turned off at 10 P.M.

Italy: Blood and Sacrifice Part II
48 Hours in San Diego
A look at 7 great summer concert festivals that'd be perfect for some El Yucateco®
"It's Djiboutiful!" (And the Hottest New Destination)

2 responses to “Strolling through Chisinau (Moldova) on high heels”