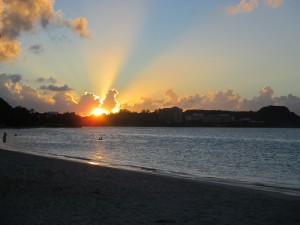 They were stationed in groups along the shores of Tumon. The Japanese. The American military. The Russians.

This was not 1944. There was no war. Nearly seventy years after the US military liberated Guam from three years of Japanese occupation, here I was. An American-living-in-Japan traveling with the Japanese to vacation in America. There was no shortage of irony here.

The Japanese I had expected – the island was a three-hour jag from Nagoya. Eighty percent of the tourists in Guam were Japanese. The American military was obvious. The navy and the air force had large bases stationed there. Tourist-wise, the Japanese and Koreans were the largest identifiable groups.

The Russians were completely unexpected. I’d lived in Nagoya nearly a year and fell into some sort of mild shock at the sight of hundreds of tall, stealth, light eyed beauties populating the shores of Tumon. The Russians, it turns out, were there on two week holiday. A holiday that began the day after I’d arrived. A holiday Avia Charters had capitalized on by opening a weekly direct service route from Khabarovsk and Vladivostok. A Boeing 737, with capacity for almost 200 passengers.

Tourism is nothing without airlift, Guam Visitors Bureau General Manager Karl Pangelinan was quoted as saying in a local news report. He projects Russian tourist arrivals to double by the end of this year, compared to last year. The day after I arrived, the staff of Guam International Airport welcomed almost two hundred Russian passengers with Chamorro songs and leis as they emerged from customs inspection. Many more were to follow. 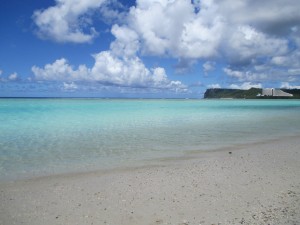 I thought about the influence the airlines have in shaping our travel plans. I’d chosen Guam for the flight length, the ease of accessibility, and the price. An airline, by designating new flight paths and pushing those paths out to adventurous – or simply flexible – travelers, has perhaps more power than any industry to influence our experience of the world. From New York to Iceland, Detroit to Barbados, Toronto to Cuba. An airline wields the power to tell us where – and oftentimes, when – to go.

The island itself was beautiful. Think a smaller, less crowded Hawaii with smaller waves. The water was a stunning blue, the sand blindingly white. But the biggest lure, for me, was the tranquility of the shores of Tumon. Each day I walked for miles, gazing out along the sea, setting up camp if and when I decided to go for a swim. There was little threat of danger in Tumon, the beach clean, well-patrolled, and only mildly populated. The majority of the tourists being of Asian descent made for tidy, peaceful days. The experience of the island was truly relaxing, a place I would certainly like to return to in the future.

The Japanese. Americans. Thousands of Russians. Who would have thought. And now, as a result of my interactions, I’m starting to think about a trip to southeast Russia. 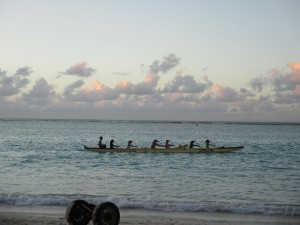 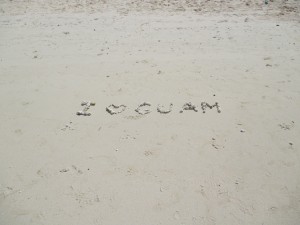 Handmade Happiness at Hashimoto Nursery with Michelle Sakai-Hart
Filmmaking Tip: Timing
Mauritius: Traveling is not always about going far far away...
From Pasto to Tumaco in Colombia