What’s On in Theatre this Autumn: Manchester

Manchester is home to some fantastic theatres which frequently attract some of the most popular acts, musicals and plays through their doors.

From the Lowry Theatre to The Bridgewater Hall, as the nights draw in Manchester can offer a wealth of productions and performances to satisfy the cultured soul this autumn. Whatever your artistic taste, there’s guaranteed to be a date in the diary to suit your taste.

Leather jackets and poodle skirts at the ready, everyone’s favourite musical is on tour. Grease The Musical brings rock and roll to the stage once again from Monday 8 to Saturday 13 October 2012 at The Palace Theatre.  Get the girls together for the ultimate in feel good nights on the town.

Say a little prayer! Sister Act is back on the stage this autumn from 25 September to 6 October 2012 at Manchester Opera House. The five times Tony award nominated hit musical is the perfect date in the theatre calendar for families of all ages; an excellent introduction to the world of musical theatre. 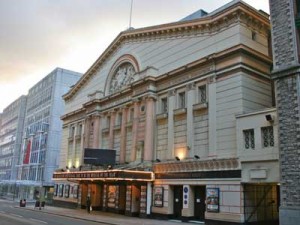 The contemporary centre of art and performance at the Salford Quays, The Lowry, hosts the 2012 Salford Musical Festival from 20 to 23 September.

Following this, Northern Soul on 18 October 2012 takes an interesting look at the ‘observers guide to unobserved Britain.’

The place to be for music fans, The Manchester Arena plays host to a number of world famous artists of every musical genre.

Cheryl’s soldiers will flock to the arena on 13 October 2012 to cheer on the Geordie lass for her first tour as a solo artist. If hip hop is more your scene, Nicki Minaj is due to headline here on 22 October and 2 November, followed by the Twins of Evil – Rob Zombie & Marilyn Manson – on 27 of the month.

Other Dates for Your Diary

Shows soon sell out in the heart of Manchester; book your break as soon as possible to guarantee tickets and the best rates on Travelodge rooms.

Belize: Exploring Lamanai
The Great Migration
Mts. Iglit-Baco, Philippines: Into the Savannas
Eating my way through Italy: a food tour in Rome

2 responses to “What’s On in Theatre this Autumn: Manchester”