Finding Hope and Hospitality in the West Nile 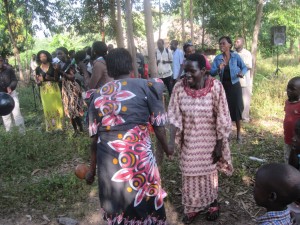 A Spiritual journey through West Nile, where hope and hospitality is in ready supply

New to me is the picturesque St. Emmanuel’s Cathedral. The last time I was in Arua (Christmas holidays of 2000), grandpa had retired from active church ministry he served in the former sanctuary; a dilapidated temple reminiscent of the days of the law–permanent cement pews on either side of the aisle built to outlast even the gospel itself, a relic podium with legs thinned by termites (ojuruko), steadfast by grace than wood. In the holiday season, this edifice serves the purpose of Sunday school.

In six days, myself with friends from Kampala will venture like missionaries preaching the gospel upon request by Bishop Joel Obetia with the support of vigilant youth from Mvurra county: “Congo”, “Sudan”, through to “Kenya” and then finally “Zambia/Central” zone. These are the sub-zones which unify Mvurra into one.

They were named so by former president Idi Amin; being allies to Uganda (read Amin) during a time of political turmoil and in return, they earned an eternal place in the Nilotic folklore.

Every day ushers ribbons of surprises. One night as we prepared to rest at the residential teacher’s quarters, a three minute’s walk from the quaint sanctuary, a friend carelessly sweeps a trail of red ants (eyekeye), we had a quiet good laugh.

In Sudan zone, we come across teenage boys digging red earth of what would be a pit latrine. After brief introductions they are willing to listen to us–a distant opposite from the language of transaction in the cosmopolitan, “Nfuniramu wa?” (What do i gain from this?) 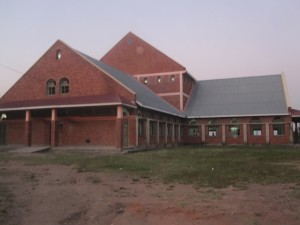 That teenage boys would sit and listen to us without being coerced by a guardian is humbling to say the least. It also reminds me of that portion of scripture in Mathew 19:14, “but Jesus said, “Let the little children come to me and do not hinder them, for to such belongs the kingdom of heaven.” (ESV)

The joke is that the young folk first observe an elder eating this mouth-watering dish. He dips a lump of enyasa into a bowl of soup, gathers a portion of the fish and combines the two before they go into his mouth–he does not chew but rather sucks the contents and sieves the bones of fish through one side of his mouth and finally spits them to the floor. And no, you do not use a fork, does not matter whether you are at home or in a fancy restaurant.

We also ate greens served with ground nut paste, osubi (O-suu.Bi) a distant cousin of malakwang (staple for the Acholi) another Nilotic majority from the North. Humid as it was (usually the Ember months); we drank tea which serves as a cooling hydrant. We also had ripe mangoes and succulent oranges for dessert.

On New Year’s Eve/New Years Day, the compound of St. Emmanuel’s Cathedral serves as a hub of merriment. Among the crowd is the bishop; several men of collar, members of parliament, pubescent youth, wandering children all packed to the rafters under three converging tents. Observing this activity is a handful of police personnel.

Ten minutes to midnight, all lights are turned off as candles are lit. That moment, people join together across denominations to be a voice—more than that to be a voice to the voiceless to petition the government of heaven to intervene in the affairs of earth, in the sphere of government, education, media, family, and finally business. That God would raise leaders of distinction to be a beacon for our next generation. It is called unity and it is what binds us.

At midnight, fierce sounds rapture from the top of metallic containers into the skies flitting into different hues and lights. Alas, fireworks litter the skies; revellers throng the green whistling and dancing to joyful noises bellowing from the musical instruments. Some folks hug each other; others use their phones to text and call distant friends.
It didn’t occur to me at the time that i had spent two years in the same country.

There is a hope which exists today. Amid the travails facing Africa’s generation is a hope to cope. That momentary glint ignites the belief of a today which is better than yesterday and it rests in this young generation but the responsibility for my country is to invest in them now.

About the Author: Emmanuel S. Anyole blogs at  Sebeenah; he has published book reviews and pieces on social commentary of African life and the ever growing paradox of being a Ugandan. A regular contributor to literary websites, Sebi lives in Uganda. Find him on Facebook and Twitter.

5 responses to “Finding Hope and Hospitality in the West Nile”