Soviet Union: Have Your Juice and Drink It Too 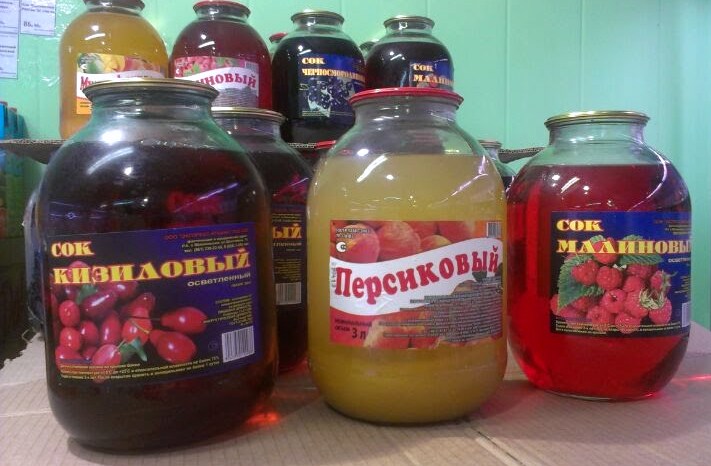 “Don’t deprive yourself of anything,” said dad giving me a paper ruble, now extinct currency of the Soviet Union. In St. Petersburg in the 1980’s you could buy half dozen loafs of bread, ten glasses of tomato juice or a quarter-bottle of vodka with this amber-green note.

What’s the best way to make a kid feel independent? Give them money and look the other way.

Past the beer stand was a grocery store called “Stekljashka,” Russian for a piece of glass. That was because it was single-story and dark and looked like a piece of a green bottle glass that a sea had spat out. It carried white and rye bread, and if you came exactly at 4 pm, you’d catch it hot straight from the bakery.

Across the street was Universam, the closest Soviet Union had to a supermarket. This was the place to score frozen calamari, cans of seaweed salad and bluish chicken parts that looked that they had belonged to animals that died of natural causes. But the best part was that it sold juice in three-liter jars, and by the glass.

At seven years of age and with a ruble in my pocket I felt empowered. I would run my finger against the rough surface of the note and feel, as dad would put it, that “there are no obstacles to us either on land or on sea.” I was free to do anything I wanted. I could ride a metro to the zoo. I could go to the movies. And most of all, I didn’t have to ask anyone.

I decided to exercise my newly obtained purchasing power in Stekljashka because it was on the same side of the street as our house. I stood in line to the cashier, paid for a half a loaf of bread, took the receipt to the bread counter and watched a woman take a guillotine-style knife and cut a black round loaf in half. Once the bread was in my hands, it was impossible to resist pinching a piece off and biting into its slightly sour gooiness.

I put the bread in my mesh bag and with 83 kopeks left decided to venture across the street to Universam for tomato juice.

Carrying a heavy jar home seemed like too much so I paid for a glass and began to stir in salt with a metal spoon attached to a salt dispenser with a piece of oily rope. Someone touched my elbow and said,

“Devochka, (meaning girl), where did you get that bread?”

Startled, I spilled salt on the counter. A very bad sign.

“I bought at the store across the street,” I said to a square woman with a badge saying “Director.”

“Do you have a receipt?”

I checked my pockets and remembered tossing it into a trashcan by the beer stand.

“No, but the cashier there probably remembers me.”

“So? Our store carries exactly the same bread. You have to either pay for it again or I will call your parents.”

I took two sips of my tomato juice and followed the woman that moved like an ice breaker down to the aisle to the checkout stand, where I spent the next 13 kopeks. So what that my bread ended up being twice as expensive and the juice never got finished. Being independent was priceless.

About the Author: Anna Huddleston is an award-winning travel and business writer in Las Vegas.

One response to “Soviet Union: Have Your Juice and Drink It Too”