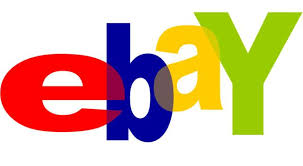 Most Americans were understandably outraged when they lost their jobs to Indians in the early 2000s due to the infamous Business Process Outsourcing culture (BPO). Meanwhile, urban Indians just out of college took home huge pay checks their parents never saw in all their working life. The price however, was to be paid with horribly skewed body clocks due to graveyard shifts, and an abnormal dependence on caffeine and nicotine to stay functional. It was not uncommon for workers in their 20s to suffer cardiac arrests and even succumb to them. The agents (as they are called) were sometimes racially abused by Americans, Brits and Australians who immediately saw through the fake Western accent or incorrect grammar and syntax. The bubble burst in 2008 and gradually agents were laid off in India too.

What about the American guy who worked with an American company that outsourced operations to India? Tyson Perna, former eBay employee who worked out of Salt Lake City, Utah, recounts his experiences.

My 1st trip to India

I first went to India in 2007, 5 years after I started working for eBay. I was a supervisor in the billing department, and when billing chat was outsourced to India, I moved over to the Outsourcing department to be a liaison between them and the billing teams in India. The hope was, I think, that I would bring my billing knowledge to the Outsourcing department to help better manage the teams in India. The first trip, to Mumbai in Dec of 2007, had no real goal. We had money left in the travel budget for the year, and we had to use it up. But I focused on our low satisfaction scores and was able to help improve them. I went to Ahmedabad in April 2008 to help train when we opened a new centre there at Motif.

Did my perception of India change after coming here?

I had envisioned India as a mix of old and new before my trip. That didn’t change. The past and present seem to live side by side in that country in a way we don’t understand in the US, with our 400 short years of history. I had no preconceived notion, though, of how Indian’s viewed themselves and their country. That’s what I learned. I was a little disappointed to learn that so many Indians seemed to measure progress by how closely they were following in the paths of the western countries like the US, UK, and Germany. I didn’t hear or see any indication of India forging a new path, its own path. I was disappointed that they seemed content to follow. I thought that with the potential of so many people and such a large country, they, along with Brazil and other emerging countries, could be taking advantage of the opportunity to learn from our mistakes. I saw no sign of any attempt to do so. Similarly, the young people I encountered seem to measure their own modernity and freedom by how much of Western culture they adopted.

I found the work ethic and quality of work to be identical to that found at our site in the US in almost all ways. There were some additional hurdles, such as the remoteness and language barriers, but otherwise all things were very much the same. One difference I found was that the employees had to be pushed, prodded, and encouraged to “think outside the box.” They seemed much more comfortable in following established procedures rather than developing their own methods, where quite the opposite is true in the US. I often noticed that the ones who did learn to think creatively were the ones who seemed to advance.

IBM Daksh in Mumbai was much more western in nature than the centre in Ahmedabad (Motif). It was very familiar in a lot of ways. People looked bored while I explained billing. They would have been checking their cell phones if cell phones had been allowed on the floor. They liked to argue with me, or present different scenarios trying to stump me. It was much the same as training in the US.

The Difference between Ahmedabad and Mumbai

Our other centre, Motif in Ahmedabad was very different. Perhaps that’s the difference between Ahmedabad and Mumbai. I didn’t feel that the employees at Motif were encouraged to think for themselves or to learn how to problem-solve. It was all learning by rote. They wanted to be told a policy or procedure so that they could follow it exactly in every case. The trainers were quite strict. They spoke to the employees and subordinates in a way that is not common in the US.

Impressions on MINDSPACE, the outsourcing hub in Mumbai with its glass façade buildings

Is that what that area was called? 🙂 I looked like it could be any corner of a city in the US. As such, I expected to find such things in India, and didn’t remark on it too much. I do seem to remember more smokers than are common in the US. I don’t associate it with coolness though. I can’t stand cigarettes.

I did not work a night shift in Mumbai. When we were in Ahmedabad, some of the trainers I was there with from eBay did work the night shift for their entire month. Luckily I didn’t need to. But it was common to schedule meetings at odd times so that people from both the US and India could be on the phone at the same time.

Mumbai seemed much more the metropolitan world city than Ahmedabad, but Ahmedabad seemed to be more “Indian” than Mumbai, which was more western. I didn’t get to get out much in the 12 days I was in Mumbai my first trip since I was there alone. But in Ahmedabad, I spent a month with several eBay co-workers, and we were able to go out and see the city and travel to a few local places, such as Jaipur. The diversity amazes me. The history was spellbinding. I feel like I could spend a life getting to know any one city. But the poverty depressed me too much to want to stay around for long. I wouldn’t want to be immune to some of those sights.

My thoughts on outsourcing and my job at eBay

I always had to defend my job in the Outsourcing Department, since outsourcing was never a popular topic. eBay’s former CEO, Meg Whitman, ran for governor of California and was defeated in large part to her role in outsourcing jobs from eBay. My thoughts on outsourcing in general are mixed. eBay did a good job when it outsourced, because it never laid off any internal employees. In fact, outsourcing allowed the company to move people from lower level jobs like answering basic emails and chats, to higher level, such as account management. But perhaps it would have been possible to do both.

Many of us felt Meg Whitman pandered to the stock analysts. The stock value was her only concern, and the stock analysts cared about margins. So she did what she had to do to improve the margins. I’m glad Obama found ways to incentivize companies to return work to the US. I wish he got more credit for doing so in the US. We have a notoriously short memory.

I left eBay in Oct of 2008 (5 years ago as of this past Tuesday) when I was laid off. We had a new CEO that year, and the layoffs were expected. Once the economy crashed in late 2008, the layoffs became inevitable. I believe around 1000 employees were laid off around the time I was. The new CEO has turned eBay into a typical company.

Everything about it that made it special is gone.

Thanks Tyson Perna for this honest recount.