City of my Dreams

This is an entry in the We Said Go Travel Writing Contest written by Caleb Adebayo from Nigeria. Thanks for your entry Caleb!

It was the first time I was going to see the city of Ile-Ife. For me, this city was something to anticipate, something quite different from the industrialised urban settlement in Port Harcourt city where I lived in Nigeria.

Ile-Ife is the traditional home of Yoruba civilisation, and never goes unmentioned in the mythical history of the Yoruba tribe in Nigeria. As such, I was very excited that I was going to see firsthand, where life all began for the tribal marked folks. 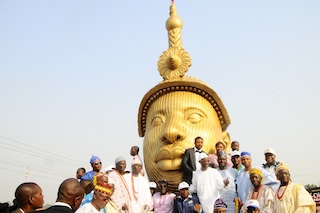 The trip was organised by our sociology department. We were each given a road map to study before the trip. The map traced out the route we were going to follow. We were to pass through Elele, Emohua and Ahoada in Rivers State, after which we would go through Bayelsa, then Delta state, through to Benin City and finally Ondo State which would get us into Ife. Naive as I was, I did not heed the advice to pack light, and I packed what I would call a ‘cargo’. I put everything in there, including my twelve-inch wall mirror.

The next morning, I was full of life, ready to explore the city of Ile-Ife. We had a tour guide for our trip. He was a South African who had spent twenty years of his life in Ile-Ife, studying and researching on the Ife culture and lifestyle. This convinced me even further that there was so much to see in Ile-Ife. 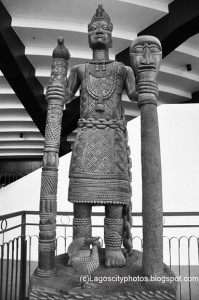 We set out at 7am. My luggage was officially declared the biggest, and I had to unpack some stuff, including my twelve-inch mirror. I was to share a handheld mirror with some folk.

At the start of the journey, I was full of life. We were given bottles of water and a light breakfast while on the bus. Soon we were in Elele and moving on to Emohua. I could see industrialised areas gradually turning to long stretches of road with only green shrubs and grass for companion. There was so much chatter on the bus as people shared what they knew about the place we were going to.

At the border of Rivers State and Bayelsa, there was a very massive river, just below a bridge that was built there. When we got there, we slowed, so people could take pictures. In the water, we could see some people rowing tiny wooden boats. After a while of taking pictures, we moved on. 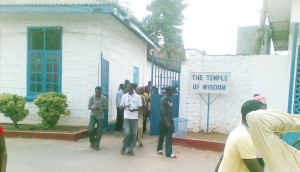 Bayelsa is a settlement of its own, though a small place, but a people with a lifestyle they cherish and a language they speak freely. The women could be seen with wrappers tied around their chests, hurrying to the central market which wasn’t far off; the old men could be seen cleaning their teeth with the local chewing sticks, while young boys hurried to the farms with cutlasses.

The energy that came with starting out the journey soon began to wane and by the time we got to Delta State, about half of the folks in the bus had slept off. Meanwhile, I kept my eyes open, hoping to master the route and come here by myself some day.

Delta State was an atmosphere of civilisation- and palm trees. We were told a lot of timber was made here, in Ughelli, one of the cities that held a lot of palm trees. At Delta State, we stopped at a restaurant to eat, after which we were allowed to take some more pictures then proceed with our journey.

Soon, we were in Benin, a city closely linked with Ife. For a long period of time, however, and for a large expanse of land, all I could see were trees, grass, rocks and what looked like hills on either side of the road. At this place, the hawkers of products bombarded our bus with roast plantain of some sort which they sold alongside groundnuts. The topography of the place also was nauseating, as our bus kept going up and down like it was some sort of roller coaster ride. Our guide explained that Benin was a mountainous area and as such, had such topography of land. He said it was the same with Ile-Ife.

By the time we got into Ondo State, everybody was awake, especially knowing we would soon be in Ile-Ife. We passed through most of the major roads in Ondo, and the language we were hearing around us began to change- we were in Yoruba territory.

Surprisingly, when we finally got to Ife around 5:00pm, I was asleep, and didn’t see when we passed by the old thatched and mud houses; or see the palace of the Ooni of Ife, or the Oranmiyan staff or the statue of Ori-Olokun. But, I would see all these tomorrow, and in the days that would follow.

About the Author: Caleb Adebayo: I am a student of law, who enjoys writing poems, fiction and non-fiction. My website is www.lordkeldicon.blogspot.com.