Bravery: Not Being Afraid of Yourself 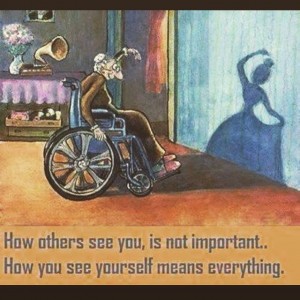 In Chris Brogan‘s, It’s Not About the Tights: An Owners Manual on Bravery, he states his definition of bravery, which is “not being afraid of yourself.” In early 2014, I left my husband in Thailand and returned to America alone. Many people told me I was brave. I really was not sure courage had anything to do with it.

Brogan says: “You’ve got to use whatever past you came from as part of the origin story that shapes the hero you will become. Welcome to day one. You are the superhero you’ve been waiting for.”

As 2015 begins, I am opening the seventh We Said Go Travel Writing Contest. The Winter contest has always had a theme of inspiration. When I came up with the idea in December 2012 at the Sand Art Festival in Konark, India, I had no idea if anyone would participate. I hoped to have at least ten people enter. There were 60.

By the fourth contest one year later, there were 500. At this point over 1600 writers from over 75 countries have shared stories of inspiration, independence and gratitude. Sometimes you have to move forward even if you are not sure what will happen next.

Brogan believes Bravery is about “discovery…Bravery is about moving forward, because we can never go back.” You get to choose where you live, work and travel. “What makes your choice brave is whether it’s the choice you know to be the right one.”

Many people make New Year’s Resolutions that they do not keep, what do you want to change? It doesn’t matter what day it is but like Brogan says: “You can just start. You can say, “Today is day one.”

I hope you will find the resolve to make a decision that helps you discover more about yourself. Perhaps you will share your journey with us in the seventh WSGT Writing Contest or somewhere else or with a friend.

Many people are not sure what to do or where to go and then they worry. But as Brogan says, “wasting time on worry and fear is a waste of your life. You can do so much more after you deal with whatever it is you’re putting off in all and any parts of your life.” I did spend a good deal of 2014 worrying about my decisions. For 2015, I am ready to move forward. I like what Brogan says:

Bravery is about accepting where you are, and then deciding if that’s where you want to be.

Take Action:  “Write down in your Book of Bravery the following:

Many people give up on their resolutions or promises to themselves as they become mired in should and regrets. I like what Brogan says about regret: “Regret wastes time. ‘I should never have started smoking’ is about as useful as saying, ‘I should have been born with wings.’ You can do nothing about either…Regret is a losing battle. You can never go backwards, and as regret never happens in the present or the future, you’re already doomed…Accept where you are. Realize where you intend to be. Build a bridge.”

If you get inspired to build a bridge to yourself and your future in 2015, please share it so you can inspire others. Remember:

“You are the author of your story. You are the hero you’ve been waiting for. Accept that you’re the one who will solve your challenges, and that you are the right person for the task.”

I want to thank everyone who has been part of my journey but especially all those I leaned on so hard in 2014. I could not have made it without you. There were many times where I just cried and felt like a failure but today I am going to remember this from Seth Godin‘s blog on January 1, 2015:

“Used to be,” is not necessarily a mark of failure or even obsolescence. It’s more often a sign of bravery and progress.

If you were brave enough to leap, who would you choose to ‘used to be’?

One response to “Bravery: Not Being Afraid of Yourself”