Basque Country: Home is where the Pueblo is 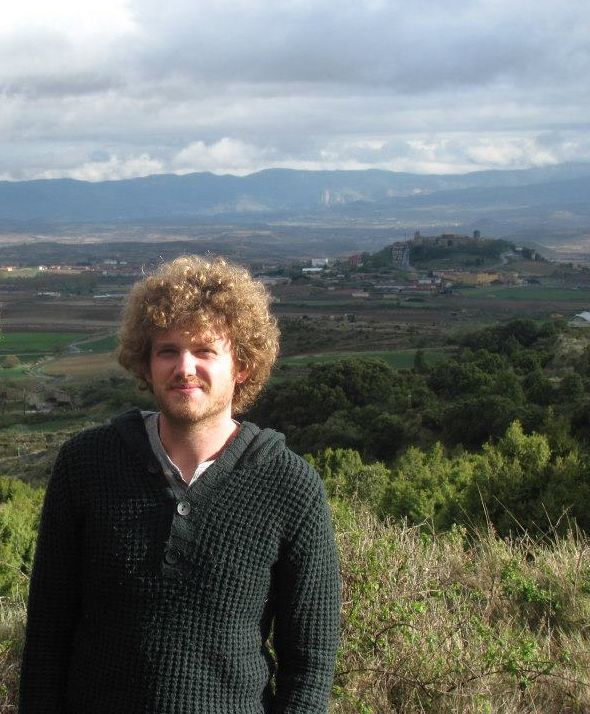 It was exactly what I had in mind when I applied to teach in the Basque Country; green hills, a strange language, separatist protests, and retired shepherds stalking down cobble stone streets that had seen bull and beret alike- this was a strange region in a foreign land, and I was ready for it. My assigned town, called Laguardia (“the guardian”) in Spanish, Biasteri in Basque, was at first wild glance the sublime realization of that which I had for months pictured in mind; this, I told myself, was where I would be Hemingway, be me, be a man; a man on a mountain, the best kind of man. Nothing to do but read, write, teach, and drink down sunsets like gazpacho on a Spanish summer day. It wasn’t freedom that I felt-not yet, anyways-but independence, and to a 23-year old aspiring writer set on spurning law school, SUVs, and Sunday brunch, independence felt great.

Then reality hit, and to my giddy, ready senses, it looked like this: a medieval village, perched upon an ornery lump of earth above the high Riojan wine country; the Basque Rioja called the “Alavesa.” Its thick, reconstructed flanks straddled the hill; the walls drew the landscape in, and vineyard vistas lapped at its stone shores. Inside the fortress’ facade, narrow streets wound like the wind that swept through them; high, cold, mighty. Tourists followed them, taking pictures and drinking wine, waiting for the sunset that seemingly always came; came softly, slowly, floating achingly along the valley of La Rioja like a painter’s wet canvas until at long lens’ last the colors suddenly disappeared, and the town, startled, awoke from its sunburnt siesta–thirsting for the Tempranillo that filled more than just its bodegas and their patrons, but indeed its soul itself, one starving for an identity lost long ago, as I’d soon learn. 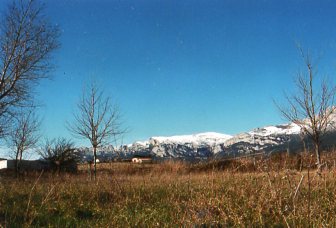 Ironic, in retrospect, that I’d come here, of all geopolitical regions, to seek out my independence; this was the paradox of my journey. “ESTE NO ES ESPAÑA” read the graffiti, and I in turn read it everywhere; on every street, this slogan; on every wall, this resistance; on every street, this sign-THIS IS NOT SPAIN. It was cruel, this contradiction; what was my independence, my new found freedom, in the daily light of this struggle? What did it matter, really? My walks, my Dylan, my Kerouac, my ruck sack; these items, idols, activities, all were at once symbols of what I had gained and what the Basques, frankly, might never have. 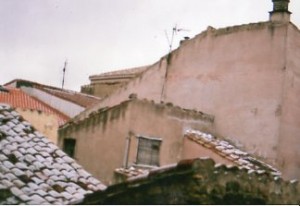 I wasn’t a rolling stone in the hills of the Basque Country anymore. No, I had hit a wall; the wall of Laguardia. I began to gather moss, and it looked like this: a boy, not the man as planned, struggling to understand his adopted home; an outsider, torn between cultures, languages, peoples; Basque at the dinner table, Spanish in the classroom. I, unlike my friends, only spoke the latter. Their language, Euskera, was their identity; I was deaf to Euskera, blind to the Basque Country. I no longer felt independent but isolated, and the difference depressed me. I began to drift away from my friends, from the Basques.

It was then, however, in my isolation, that I began to understand my home, Laguardia, and what we had in common. The town was stuck; stuck in this cultural chasm, between Basque identity and Spanish life. I could relate. The village was a border town, and always had been. It didn’t understand itself any better than I did. Neither Spanish nor Basque, the village was like me: a misfit, and a wine-drunk one at that. 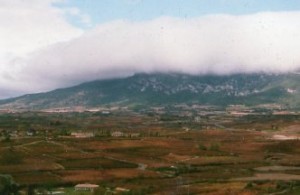 Laguardia’s roots were dug deep in the lands and histories of Iberia; of Navarre, the Basque Kingdom, and of Castile. I stopped trying to dig them out, and what I found, inexplicably; was freedom; a peace with what I was in this place, an outsider, and with the town I had come to call my own. I finally felt at home in the Basque Country, and that, more than independence, was everything.

About the Author: Joseph Farewell is a young writer from California.  He’s lived in Spain, France, and the Basque Country in between. When he’s not running from bulls, studying psychology, or hitchhiking in Scotland, you can find him on Facebook.