Australia has been one of our favorite countries, continents and cultures to visit. From snow capped mountains, ancient rain forest, red deserts and ever crashing oceans all around it, Australia is a top spot for exploring and finding wildlife.

My husband Chris and I lived in Australia for about two years and the ability to buy a vehicle and head out into their amazing parks and look for wildlife is at your fingertips. If viewing wildlife is one of your passions, book your trip down under today.

Here is a sampling of some of the incredible Australian animals we saw around the continent. 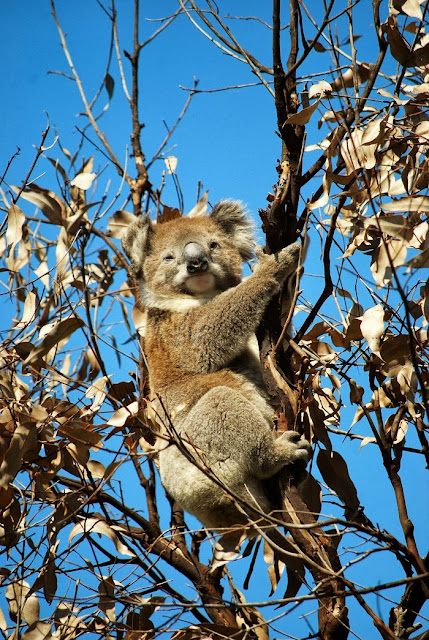 The iconic koala, a must see for Australian wildlife. All the koala’s we observed in the wild were so much more active than any I have ever observed in zoos or wildlife parks. They were alert and keenly aware of our presence. I just loved watching them selectively choose each eucalyptus leaf they would eat. A great place to see wild koala’s is French Island, in Victoria. 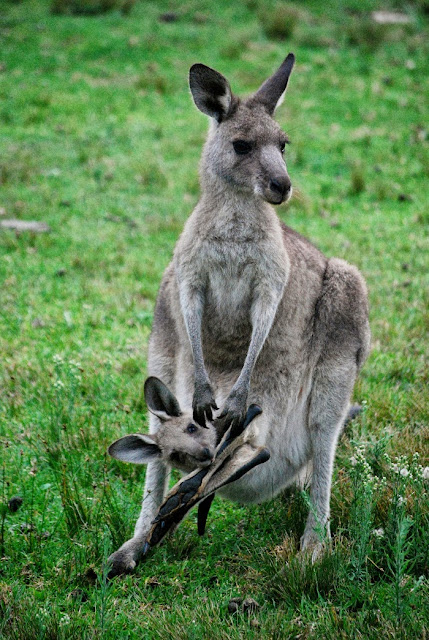 This is an Eastern Grey Kangaroo with her joey, or baby. Female kangaroos are almost always pregnant and if food sources become scarce she can essentially pause the growth of her developing young. In New South Wales, there is a handful of amazing parks for viewing wild life and enjoying the beach and we camped at Pebbly Beach. 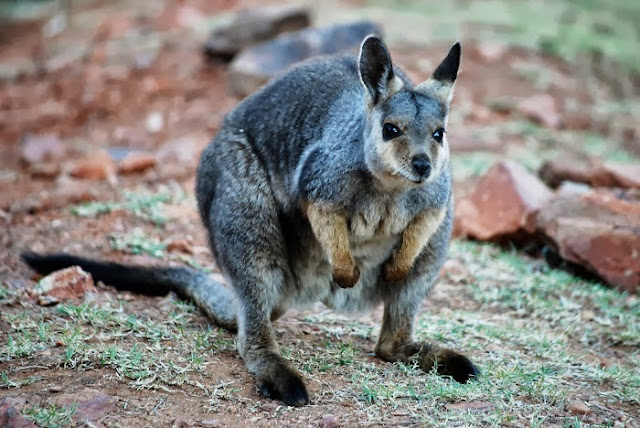 This inquisitive, endangered female is a black footed rock wallaby. You can easily view these guys and gals at Heavitree Gap campground and resort in Alice Springs. 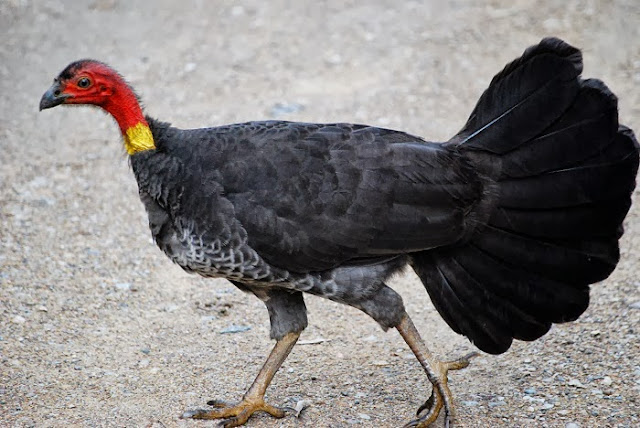 This is a native bush turkey and are quite common to see around New South Wales. 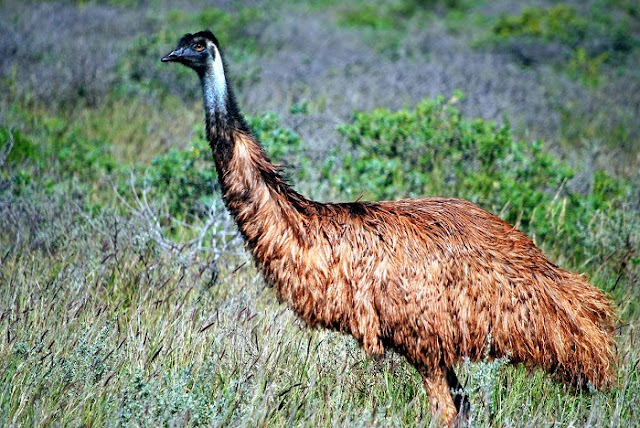 On the coat of arms for Australia, the emu have big, wary eyes. When they run their back feathers fluff up and down. We spent a week in Cape Range National Park in Western Australia and that is a great park for viewing wildlife. We also enjoyed camping at Yardie Creek Caravan Park. 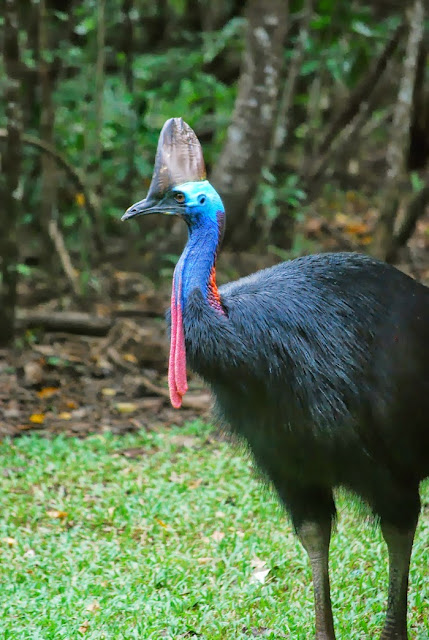 Not to be confused the emu, the critically endangered cassowary is an animal from the Jurassic period.  There is an estimated 1000 or fewer cassowaries left in the wild. So get to the Daintree area in Queensland and drive really slow. (Most cassowary deaths are caused by vehicles.) This is an amazing bird to see in the wild. 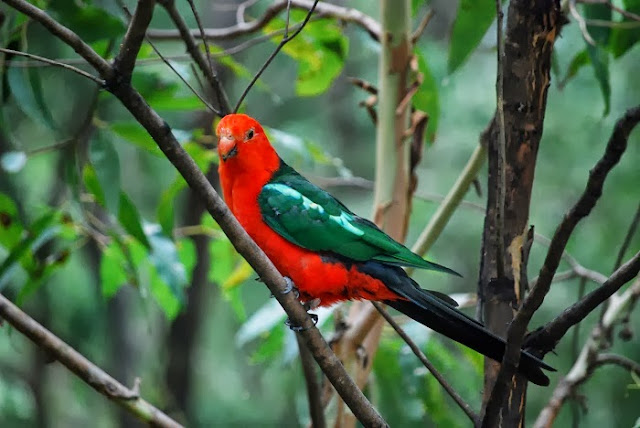 With it’s vibrant red body and green wings, the King Parrot adds a striking splash of color to the forest. Look for them in New South Wales national parks. 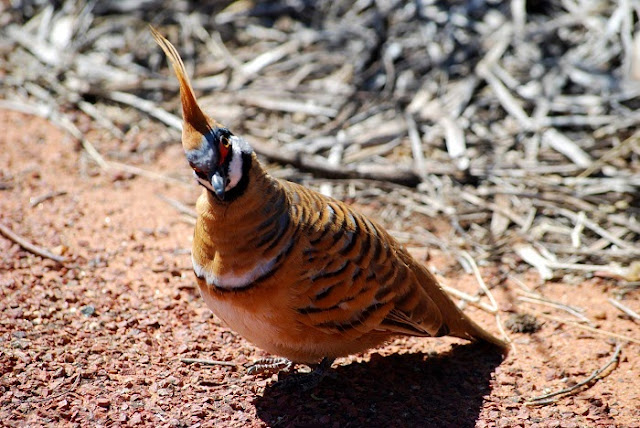 My favorite characteristic of the spinifex pigeon is how they tilted their head to the side to study me and then quickly scurry away into the brush with their head bobbing back and forth the entire time. We saw lots of these guys around the red center in Alice Springs and around Uluru. 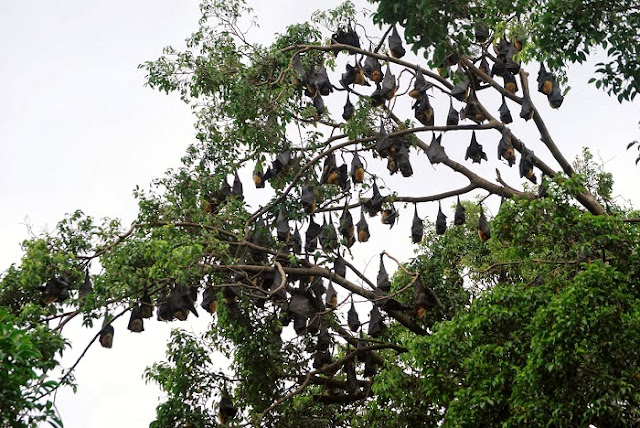 Different from the North American fox, the Australia flying fox is a bat. Visitors can view hundreds of them hanging out in down town Sydney’s Royal Botanic Gardens. 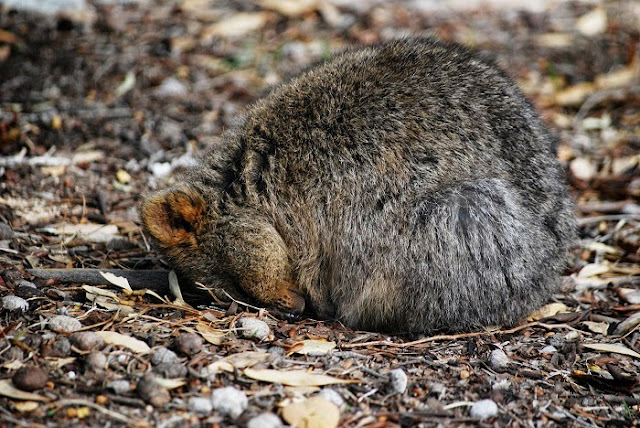 Thriving on Rottnest Island, the quokka is a small marsupial that has adapted helping to keep it’s numbers strong on the island. Visitors usually access the island by ferry from either Perth or Fremantle. 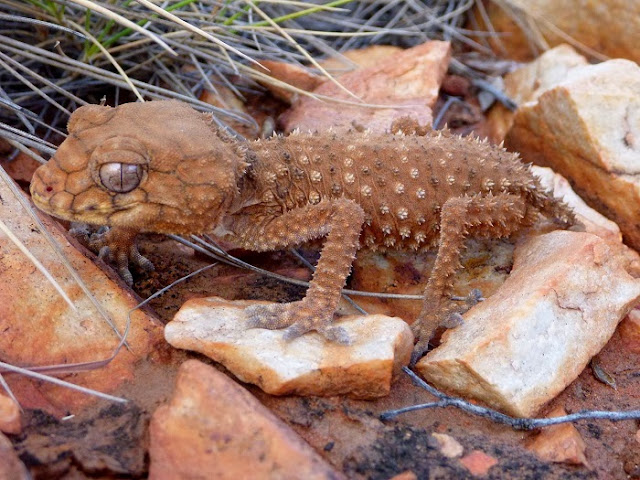 We spent a few nights backpacking on the Larapinta Trail in Central Australia, which is quickly emerging as one of Australia’s most popular long distance hikes. Upon waking one morning, curled in a nook of Chris’ back pack was this knob tailed gecko. He seemed utterly perturbed that we were asking him to move, especially because the morning was cold and I do not think he appreciated being removed from his warm spot. We set him to the side, packed up camp and were on our way. 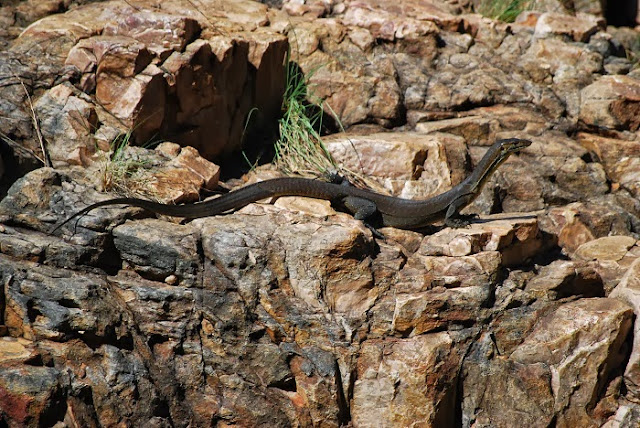 This Mertens water monitor we saw in Litchfield National Park in the Northern Territory. If you ever have a reason to stop in at Darwin, rent a car and get yourself to Litchfield and Kakadu National Parks.

Australia is one of the 17 countries listed as ‘megadiverse’ with over 80% of the mammals, reptiles and flowering plants being endemic, or native, to Australia. Look for the next photo post to show case animals found in the waters surrounding Australia.