Don’t Let Your Ship Set Sail Without You! 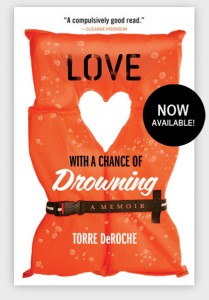 Thank you to Nellie Huang for publishing my review of Torre Deroche’s novel, Love with a Chance of Drowning in Wild Junket.

Many people ”lead lives of quiet desperation and go to the grave with the song still in them” (Henry David Thoreau).Will you say yes when the experience of a lifetime is offered to you?

Torre DeRoche, author of Love with a Chance of Drowning, says: “

I don’t know why I’m afraid of the ocean, but I don’t think there’s anything in the world that I’m more scared of. It’s so dark and creepy.” He, of course, turned out to own a boat, named Gracie, and planned to sail around the world.

DeRoche shared her neurotic impulse and great sense of humor with her first impression of Ivan, “He’s a man with wild ambitions. I’ve never met a real-life adventurer before; I’ve only ever seen them on the breaking news report, generally being dragged from catastrophes.” As their love deepened, DeRoche contemplated facing her fears to join Ivan’s sailing voyage, but still there was trepidation.  Ivan encouraged her, “Just don’t forget to live in the moment. Life is about making yourself happy in this moment.”

Eighteen-year-old Tania Aebi who sailed alone, saw new countries, and made new friends inspired DeRoche. But it was Ivan’s response to DeRoche’s fears of dying during the trip that finally convinced Torre, when he said, “Some people die of old age without ever having lived their dreams. Some people die without ever having loved… If something happens on the ocean, we’ll die as two people in love who are living a remarkable adventure.” DeRoche then decided to “take this risk for love.”

More books about Travel and Inspiration reviewed by Lisa. 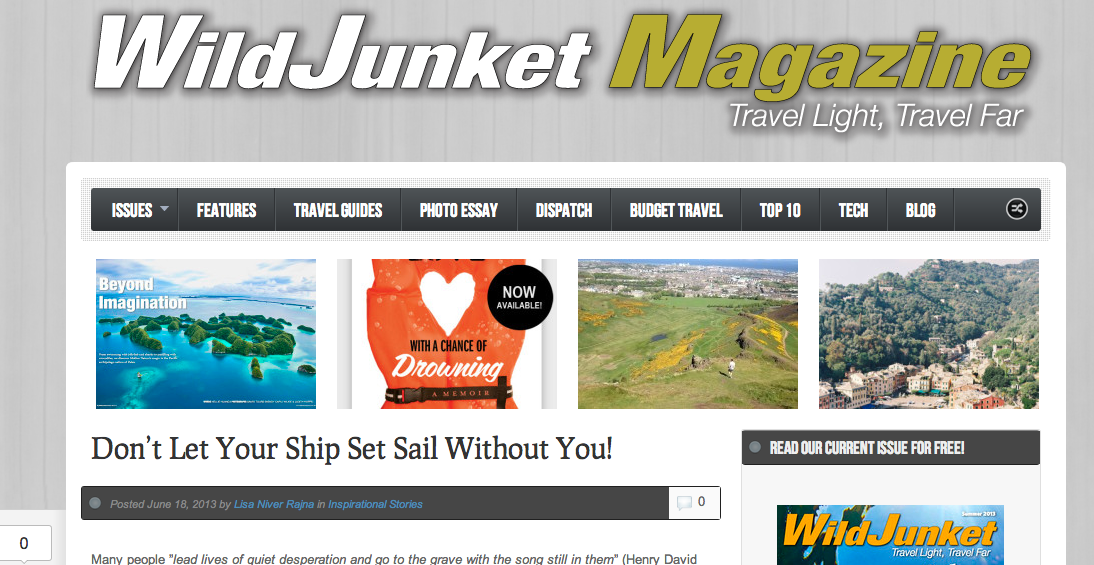 Adventure Around the Corner: New York City Style
Inspiration: A Place You Love
The Fairmont Miramar in Santa Monica is Fantastic!
DEMA Show 2021: In Vegas, I learned to TikTok!