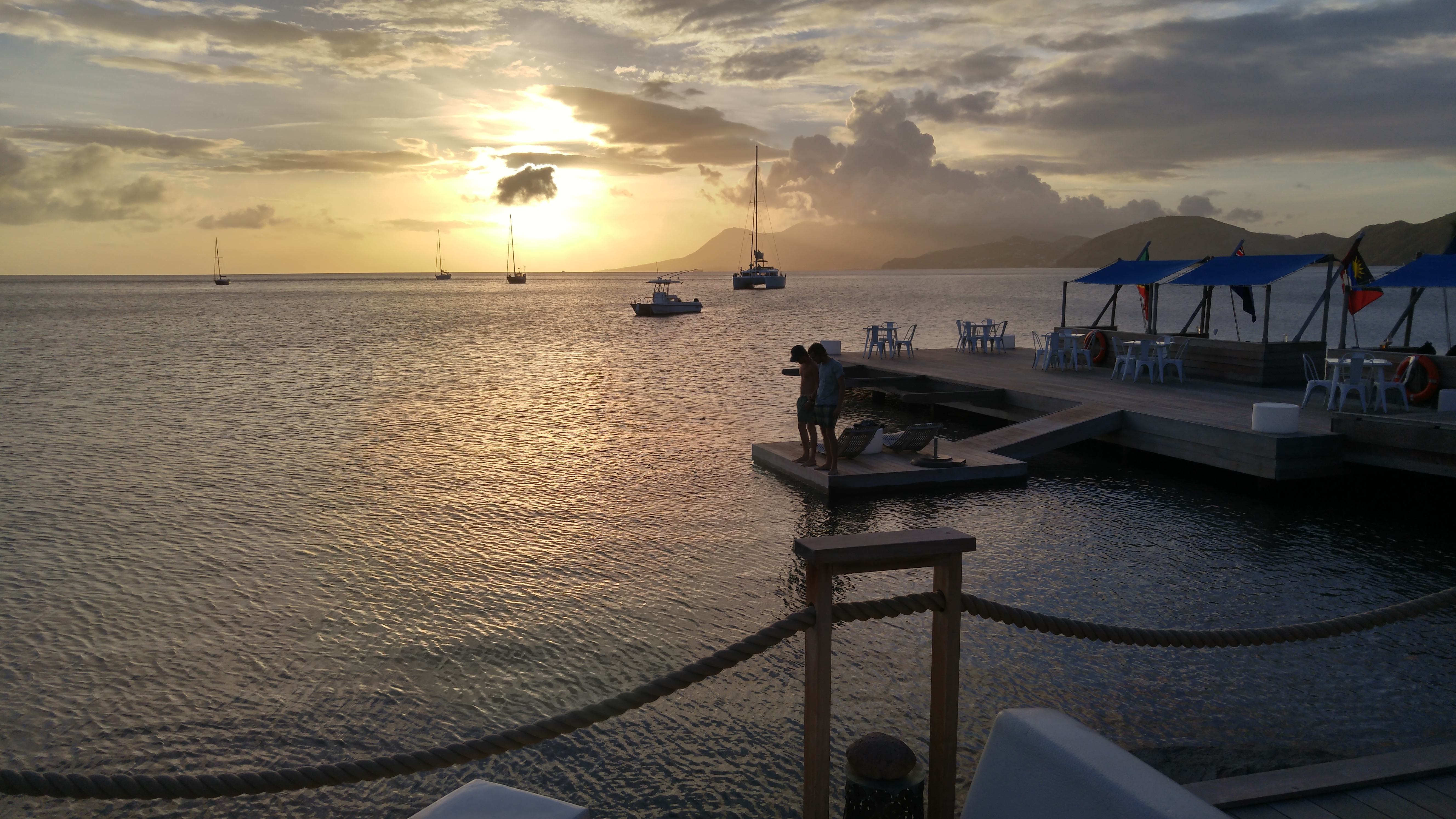 Our third day of adventures during St. Kitts Restaurant Week included historical sites and revelations. We began our day at the Wingfield Estate which was the first sugar cane planation. Recent excavations uncovered more of the rum processing on the estate. I wonder what else is hiding under the ground?

The Poinciana is the National Tree of St. Kitts and the giant trees with vibrant orange flowers were a favorite of our entire group. Many things grew well on the island including cotton, tobacco and sugar cane which was grown until 2005!

Saint Chrisopher Island now known as St. Kitts was called the “Mother Colony” as this was the first place the British took up residence in the West Indies. In 1623, the Brits settled in Sandy Bay. Samuel Jefferson who was in charge of this estate was Thomas Jefferson’s great great great grandfather and sold the property to the Earl of Romney and know it is known as Romney Manor. We also visited Caribelle Batik, where you can buy batiks made on the island.

Brimstone Hill is a giant fortress 750 feet above sea level. The views at this UNESCO site are truly incredible. It took 107 years to build starting from 1690. I enjoyed wandering around the windy upper levels and wondering what it was like to build and watch for the French from here.

As we drove the gorgeous coastline, we could see where the Caribbean Sea meets the Atlantic Ocean. We stopped at Black rocks to enjoy the views as a preamble to our lunch at Ottley’s Plantation Inn. Select Ottley’s Planation Inn for a relaxing stay at the edge of the rainforest. Our tour showed us the secrets of the fan palms and the rubber tree.

I absolutely loved sunset at Salt Plage! Watching the sun set from this spot was like a wonderful show. The colors, the boats, the music and the drinks were fantastic. I loved the light boxes that changed colors. It was so perfect–we went back again another night!

For our fine dining experience, we ate at Carambola Beach Club and Restaurant on South Friar’s Bay, South East Peninsula, St. Kitts. They can seat 128 and they have sushi as well as international cuisine with a Caribbean flair. Everyone loved their meals and wine here!

Enjoy all my videos from our St. Kitts’ adventures!

VIDEO: Day 3 A taste of history to complement local treats

Talking Travel On The Good Life With Mike Wreyford
XOMAD Interview: "Building a Creative Travel Business"
Can You Enthusiastically Embrace the Present?
Ready for Better Relations? GROUP has the answers!