Where is the Ho Chi Minh Trail? 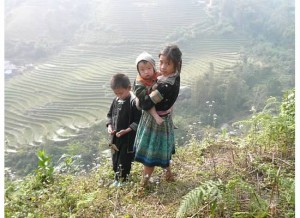 Thank you to Dave’s Travel Corner for posting my article, “Where is the Ho Chi Minh Trail?:

Here is the beginning of the article:

Disoriented is a term that means being lost or unclear about where you are. It originated from when the East or the Orient was considered the center of the world. If you have lost the orient you are dis-oriented and are not sure of where you are.  From a young age, I have been oriented to travel from when my family moved to Georgia when my dad was in the army or moving to California as a young child or my many years of living at sea. Parts of the Orient seemed essential to my understanding of the world around me but it would take several trips to learn the truth about the Ho Chi Minh Trail.

During the Viet Nam War for two years, I lived on Fort Benning Army Base. My dad was a dentist in the military and my sister was born on the base. Growing up I knew there was a war and there were protests about Viet Nam but I did not really understand very much about it except that many people thought we lost the war and it was a mistake to be there. 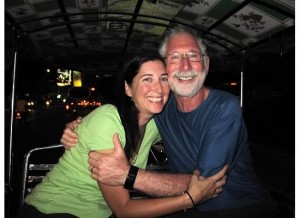 Until I first traveled to Viet Nam while working on a cruise ship, I really did not know about the long history of the battles between the French and Vietnamese. But I knew there was a Ho Chi Minh Trail and since there was a city named Ho Chi Minh I figured the trail was in Vietnam, since it supplied the Vietnamese during the “American War” as the locals call it or the Second IndoChina War.