What The Kumbha Mela Taught Me 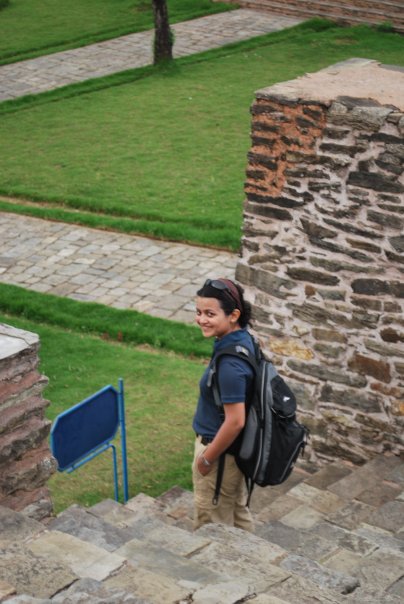 Curiosity, with certain scepticism, made me say yes, when asked if I would like to come along to the Kumbha Mela, the largest religious congregation of people in the world. Curious because over the years, I have seen innumerable photographs that have captured the Mela and wanted to see for myself its appeal.

To see if the mysticism that gets captured in the photographs is what defines the Mela or is there a bigger story that one has to experience. Sceptical, because I am a person who does not enjoy crowds. I am also a person who believes in praying in private and who finds the throngs at religious places distracting and dare I admit, annoying.

I expected the Mela to leave me with the memory of a kaleidoscope of dramatic and theatrical images. Instead I learnt a subtle lesson from the very crowds of people that I wished to avoid.

It all started as we approached Allahabad, the site of the Mela. As you near the city, you start to notice groups of people, carrying their luggage on their head, making their way purposefully towards their destination, by foot. You don’t know them but understand enough to know that these are people of very modest means, who have made a long and tiring journey with their meagre savings. This is when you first confront the faith that is the bedrock of this Mela.

It is past nine at night when we reach Allahabad and someone suggests a quick look around the Mela grounds. The crowds would have retired for the night and we would get a glimpse of this town that has sprung up for a few weeks, only to be completely dismantled when the Mela ends.

The first thing that will catch your attention when you arrive at the grounds is the sheer size of it. I had read the statistics being bandied about by the media on its size and the logistics involved but when seen with your own eyes; it has the power to stun you into silence. Your eyes will take in the millions of lights and tents that extend as far as your eye can see, the various barricades erected for crowd control, the extensive water and sanitation facilities, the large tents put up by various ashrams and sadhus for their followers, not to miss the gaudy and colourful lights that light up the entrances to these tents. As your eyes take it all in, your ears will pick up strains of an eclectical mix of music emanating from the larger tents that mix with the constant messages, mostly of missing persons, being broadcast by the public announcement system.

But, amidst all that, one sight endures. Around the Mela grounds, you will notice large groups of people, sleeping out in the bitter cold. They sleep huddled together, with their meagre belongings, so desperately poor that they have no choice but to sleep in the open, defenceless and vulnerable. You know that many of them are the same people you saw while entering the city. So compelling is that image that one can’t help think that it must be faith that compels one to endure such hardship to make this journey.

So, early next morning, at the time called “Brahma muhurat”, an hour before sunrise, we head towards the Sangam, the point where the rivers Ganga and the Yamuna meet the mythical Saraswati. The place where one takes a dip to wash away the sins of one’s life, present and past.
It is calm and peaceful with an air of expectancy, as we travel by boat. The millions of lights of the Mela grounds shimmering in the water and the river as dark as the pre-dawn sky. Someone jokes lightly, it’s a good thing it is dark, we can’t see how dirty the river is. My thoughts to turn to what my mother had explained before our journey had started, “You may believe that your sins are washed away with the dip, but remember, the person who committed the sins, remains. So, let this dip be symbolic of letting go of all negativity and resolve to be a better person.” A simple sentiment that can never find enough mention.
As we approached the Sangam, there is a line of boats moored, from where one can jump into the waist-deep river. We are among the first to arrive. There is no hesitation, no doubt, no scepticism. I jump into the water, say a prayer for my father and take a dip and surrender. In the largest religious gathering in the world, I would have my moment of private prayer.

On the journey back to the river shore, I would understand why the Kumbha affects so many so deeply. It makes you look inwards and acknowledge your failings. But more importantly, it gives you the hope and resolve, to let go of all negativity and be a better person. In a world where we can be increasingly petty and egoistic, the Kumbha allows us to step back and reassess our lives.

Within an hour, we would leave Allahabad. The crowds of the faithful had only increased. Two days later, I would hear news of a stampede and days later, of heavy rains that would create havoc on the Mela grounds. The images would come back. Of those groups of people and their faith, who had braved all odds to be there. I would say a prayer for them. Because, while I may have gone to assuage my curiosity, they had instead taught me a humbling lesson in faith.

About the Author : Sarvani has learnt that the most unexpected journeys are the most memorable. In the past few years, along with travel, she has developed a passion for baking and writes a blog, ‘Baker-in-Disguise‘

2 responses to “What The Kumbha Mela Taught Me”