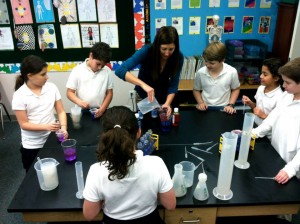 As a University of Pennsylvania Quaker, I feel a special kinship for Benjamin Franklin. I am impressed by all he did for our country in so many different realms. He was a true renaissance man. Here is one of my favorite quotes by him: “Hide not your talents, they were made for use. What’s a sundial in the shade?” -Benjamin Franklin

On the web site Beyond the Quote,  they state: “Your extraordinary abilities allow you to stand out among the crowd and should be demonstrated often. The special talents you possess may be helpful not only to yourself, but for others as well. When you have a talent you have a greater purpose to show the world and help to improve it.”

Recently, I had the opportunity to share some of my own personal abilities by being featured on the nationally syndicated television show, Career Day. Now in its third season, the show has brought on over two hundred people to share their careers with students and adults who may be interested in pursuing a similar line of work. I am the first teacher ever be selected and my students got to participate as well. In January 2012, two film crews spent the day with me and my 4th and 5th grade students. The show aired on September 29, 2012 (Episode 302).

I loved when the narrator said, “Grab your test tubes & beakers! This week on Career Day we’re DISSECTING a career that will really SPARK your interest… teaching elementary school SCIENCE!”

Enjoy some moments in the science lab with the video below. I hope it is as inspiring to you as it was an honor for me to be chosen to share my much loved job with others. I really appreciate all of my students who participated as well as their parents for allowing it and to the entire school community for their support. Please check out my Just for Kids page for some of the websites we enjoy most in science class.

Walking on the Walls in Québec City
TikTok-ing with Gratitude: Niver's News: Nov 2021
A Meaningful Life: In memory of Marsha Wachtell
Act Like An Adult: The New Business of Acting