Tribute and Legacy: Being Present 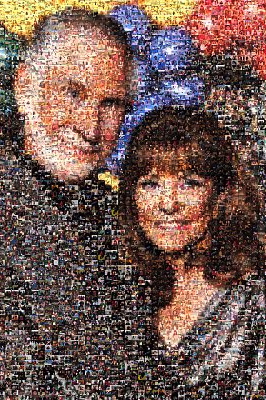 Happy New Year! I hope that this year will be full of great adventures and fulfilling goals. We open our first We Said Go Travel Writing Contest TOMORROW!

For my dad’s birthday, I wrote him a post: TRIBUTE and LEGACY: Being Present which was published in the Huffington Post.

Sitting between my parents at the temple where I grew up, I felt lucky. It seemed odd at a funeral, but that is how I felt. After years of traveling by land and sea, I was home and sharing in an ancient tradition to commemorate the life of our temple’s matriarch, Florence Zeldin (August 13, 1919 – May 20, 2012).

My parents joined Stephen S. Wise Temple when at age 9, I said, “I want a Bat Mitzvah,” Neither of my parents had been raised with much formal knowledge of the Jewish religion. Ready to share in my zeal, they took a class together and became B’nai Mitzvot, making lifelong friends in the process. To me, my parent’s partnership of nearly fifty years of marriage has been a fine role model by example.