I have traveled to Puerto Rico many times by ship and always enjoyed Old San Juan. This week traveling to film with Richard Bangs and Orbitz has taken me all over the island! In the West, we found underwater adventure and sunset in the dry forest on March 26, 2014. 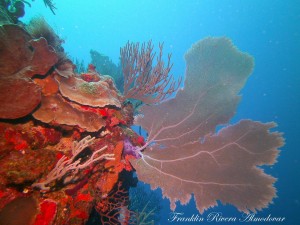 If you are wondering where to explore underwater in Puerto Rico, I can highly recommend choosing Captain Frank  and diving with Aqua Adventure. We stayed at the beautiful CopaMarina Beach Resort and Spa. I loved my room with a balcony and the mafongo with grouper at the restaurant. The beach side breakfast buffet was perfect before two of the TOP dives of my life! 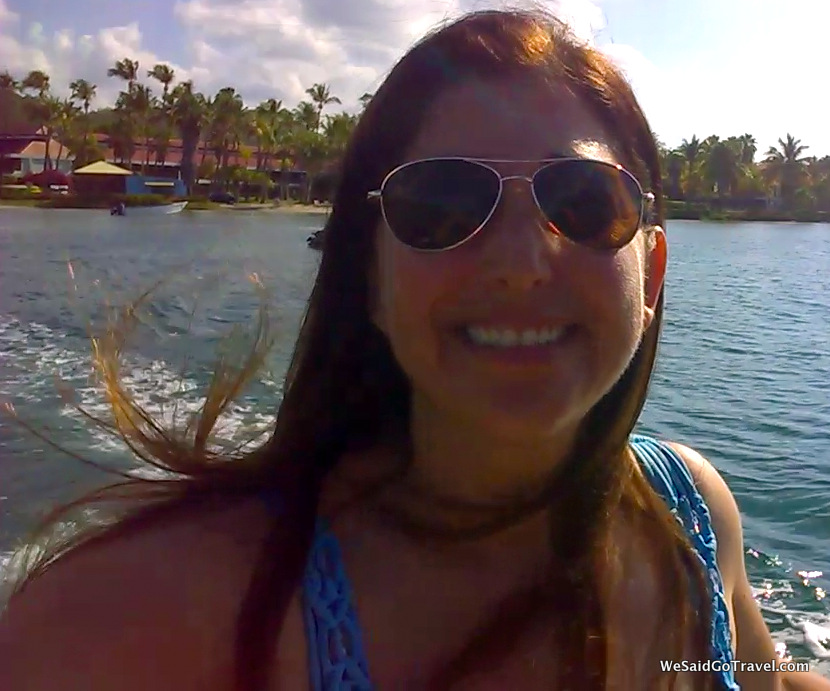 After diving on nearly every continent and being underwater with a tornado of barracudas in Sipadan, being hooked into the reef at Blue Corner in Palau and swimming with whalesharks in Oslob, Philippines, the two dives this week were remarkably at the top of my list! I was not sure what to expect from diving the wall in Guanica, Puerto Rico. The scuba diving surpassed my expectations and I cannot wait to return! 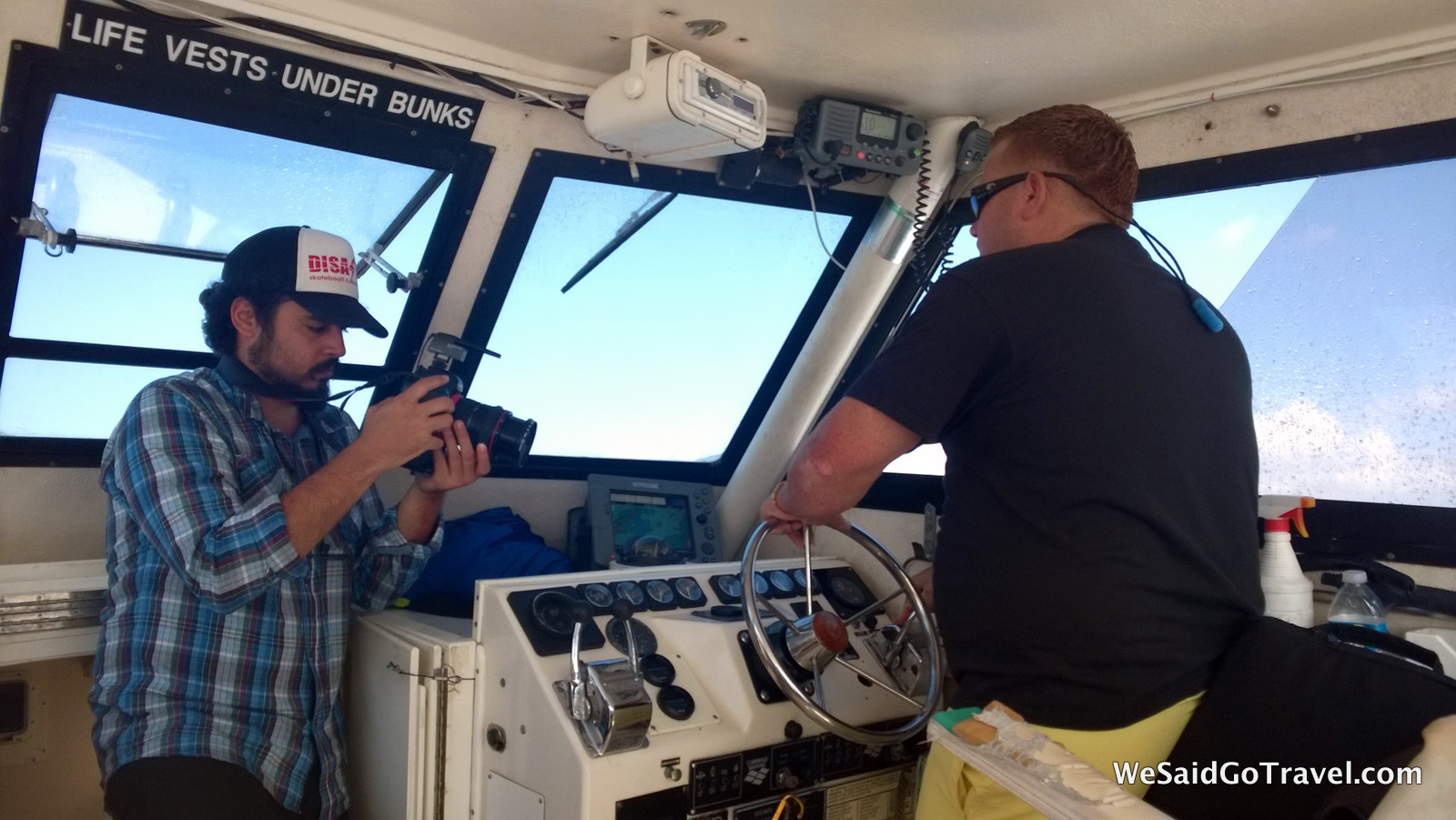 I cannot wait to share all the video from this underwater adventure. Pictured above: Captain Frank and Edward Mariota. Ed filmed our adventure above water and Edward Rodriguez, divemaster, pictured below and I each filmed one of our dives. 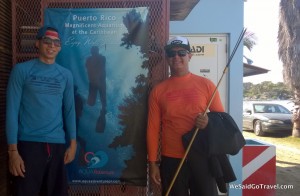 Our entire team was incredible and the videos are fantastic! SOON I will share them!

Our wall dive “2 for you” was to 94 feet and for 38 minutes and after an hour surface interval we went to Frank’s Cave to 55 feet for 47 minutes. The dives were phenomenal and we saw several large green moray eels that were 6-8 feet long. One of them was swimming freely among the gorgeous soft and hard corals. We saw so many different types of brain coral and a turtle named Lola. 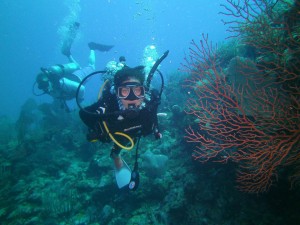 Captain Frank took the first photo and the one of me above. He also found so many creatures for Valerie and John and I to observe. We saw a large lobster, French Angelfish, blue and yellow Queen Angelfish, a large porcupine fish, two Caribbean reef sharks and so many more! Edward was working hard to keep the reef safe and speared three lion fish which are not indigenous to the area and causing ecological problems. Diving with this team you will see that their highest priority is taking care of the people and the underwater world! Let’s meet up with Captain Frank and Edward soon! 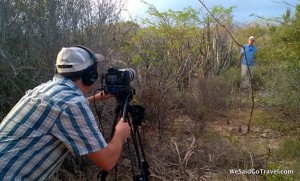 Did you know that Puerto Rico has a Rainforest and a Dry Forest? Pictured above Didrik Johnck behind the camera and Richard Bangs filming in Guanica Dry Forest at nearly sunset! 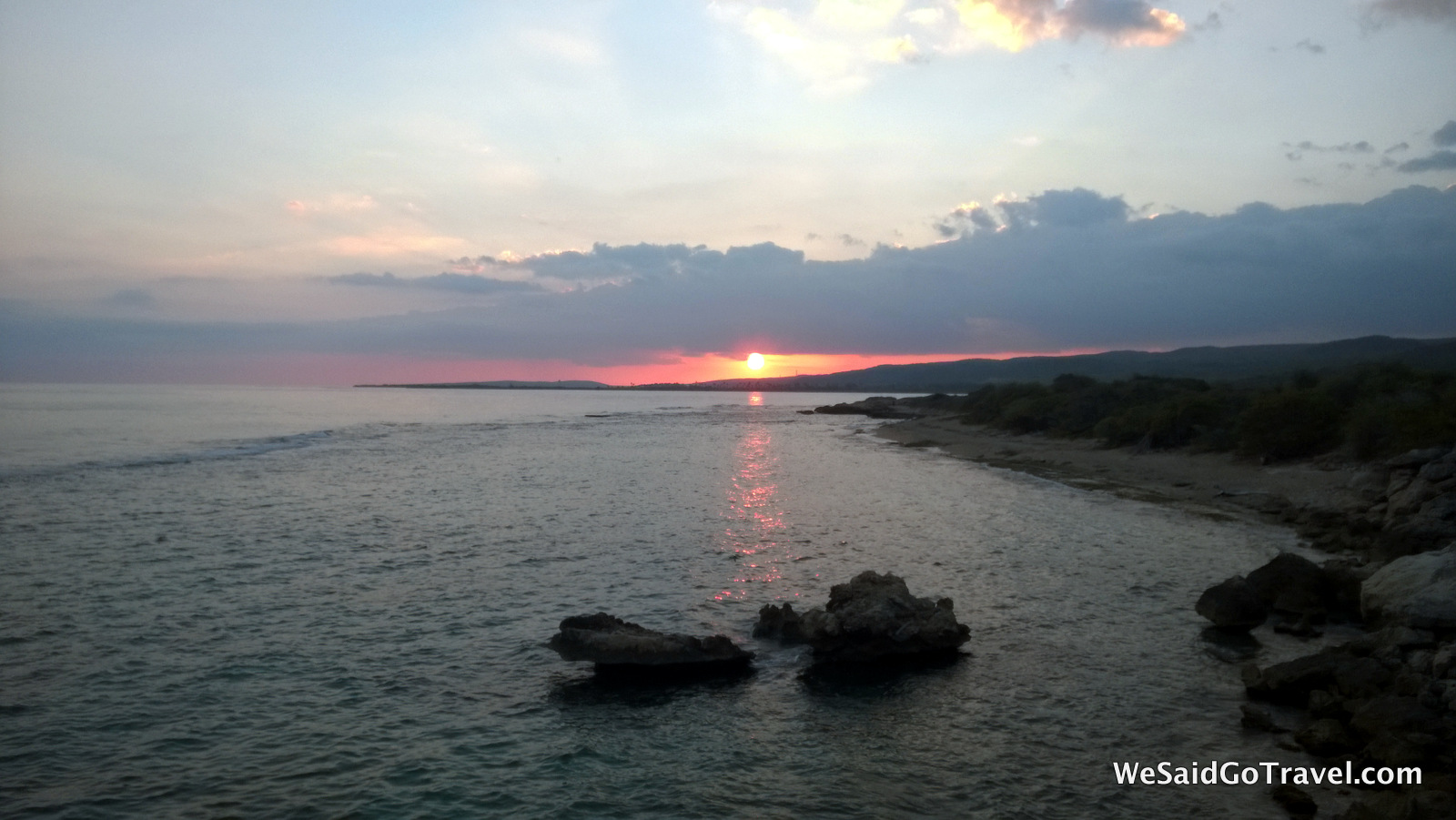 Up next in our week of filming Puerto Rico with Richard Bangs and White Nile Media: Ziplining, Thermal Waters and meeting Jose Enrique! Check back for all the stories and video or follow along on our Tagboard (more below). Want to read more about our travels right now? Old San Juan, Livin’ La Vida Loca, Meeting Sports Giants! Thank you to everyone who assisted us and shared their stories with us! Lisa

Don't Stop Living Interview with Jonny Blair
USA TODAY: Farmer's Daughter
One night in Kauai: All Coffee, No Plans
Listen to St Vincent with Me at the W Hollywood