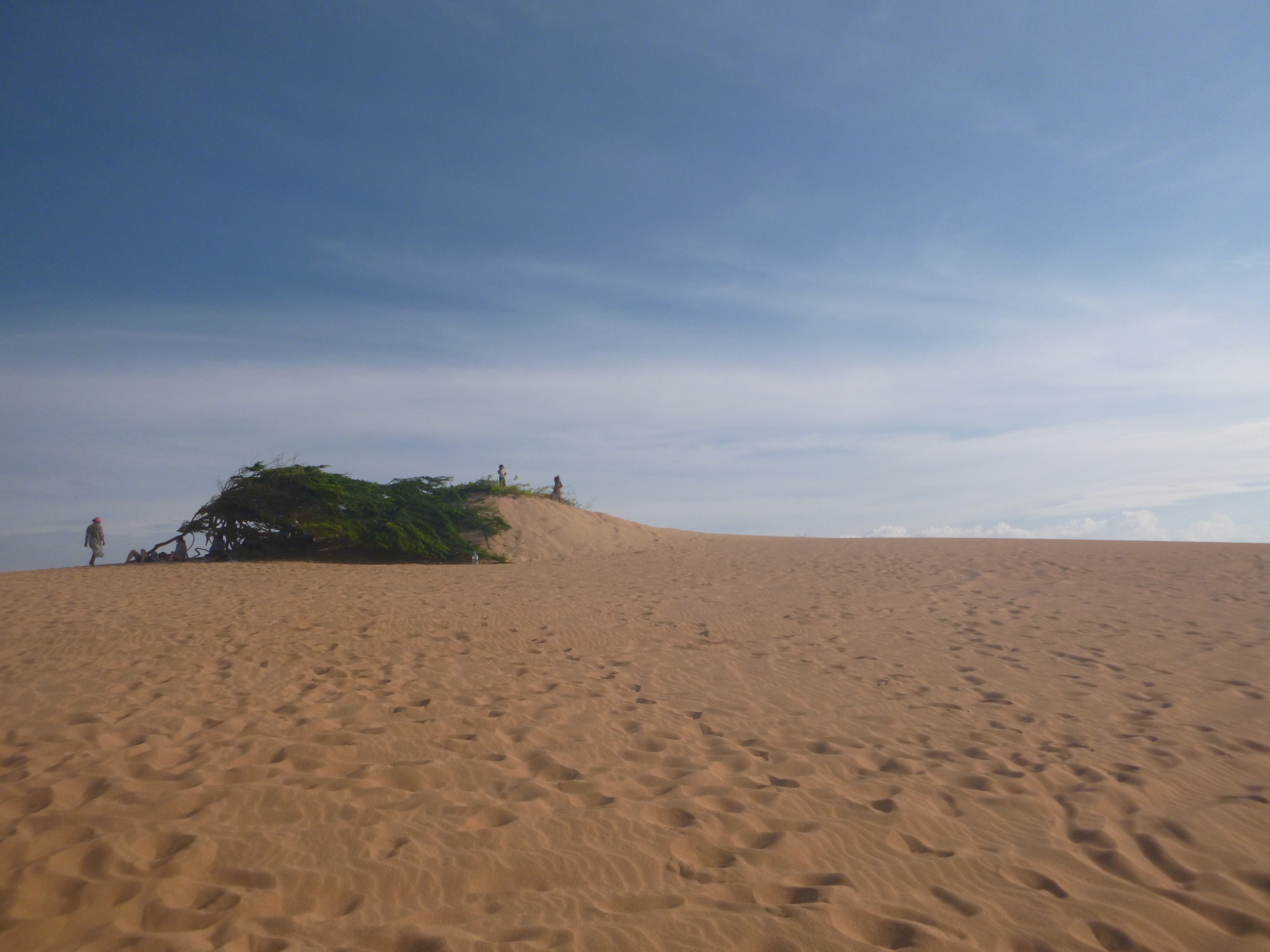 How the Photo was Taken

This photo was taken on a Panasonic dmc-TS25 and was not altered.

Since moving to Colombia three months ago to work as an English teacher and freelance photographer, the desert in La Guajira, a department in the northwest corner of the country, has provided the most stunning views. The photo captures the powerful immenseness of the Dunes of Taroa (taken on August 20th, 2017 at 5:17 pm). The image came from a trip to the northernmost point in South America, known as Puntas Gallinas. The Dunes of Taroa, however, are the real highlight, stretching almost as far as the eye can see to the horizon. The location is extremely secluded, hours outside of Uribia, La Guajira’s largest town and the “Indigenous Capital of Colombia,” and even further from the next city, Riohacha. For that reason, the trip is physically taxing, with hours of driving through unpaved roads and often times uncomfortable sleeping conditions. The few that take on this adventure are rewarded with phenomenal views of the Caribbean Sea, mini mountains, and shots of the golden desert like this one. I took the photo from a large sand dune that rolls into the blue waters of the Caribbean Sea. Behind me waves crashed against the shore with mild force. Awestruck tourists couldn’t help but enter the beautiful water for a different view of the dunes. However, the photo also serves as an important reminder of the people that inhabit the desert, the Wayuu. In the distance, a Wayuu woman, selling artisanal goods, approaches unidentified tourists beneath the only shade to be found and to the right the woman’s two children wander the dunes. Their incredible skill was evident in the intricate designs of the mochilas (shoulder bags), chinchorros (large hammocks), and other items that they designed that can be found throughout Colombia’s Caribbean coast. Extreme poverty is a reality of life for the Wayuu. Throughout the drive, the children in the local villages set up haphazard “tollbooths” using rope, string, and sometimes chains strung across branches acting as posts that forced drivers to stop and pay “a toll.” However, they did not necessarily expect money as payment. The guide brought bags of potable water, cookies, candy, and fruit to give to the children. Before our initial departure, the tour company told me to bring fruit that could remain ripe a long time, like oranges, apples, and pears. The children in the area had dental health issues stemming from tourists giving sugary treats at the “tollbooths.” In large part due to the remoteness of their villages, the people complained about a lack of access to job opportunities, long distances to schools, and the enormous power of the sun in a desert near the equator. They used a goat infused lotion to protect their skin but didn’t hesitate to express their desire for more effective sunscreen like mine. I believe that it’s vital to tell their story and the beauty of their land, as the tourism industry continues to grow in increasingly stabilized country of Colombia. Hopefully, the Wayuu people will benefit from the influx of foreigners, but it remains to be seen what role they will play in the development of their desert and how the land can continue to possess an untouched mystique for years to come.

Ariel Quintana enjoys photography and travel in Latin America. Originally from the United States, she is currently teaching English in Colombia.

Thank you for viewing and reading. Learn more about the Travel Photo Award and tell your story.