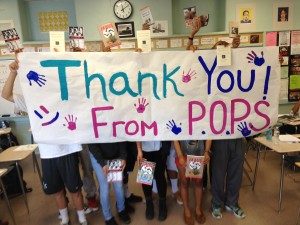 In January 2013, in a dingy classroom at Venice High School, Dennis Danziger, a high school English teacher, and his wife, Amy Friedman, started a new high school club. The club was just a fledgling idea, with only two elements—first, the motto would be “First We Eat,” and lunch would be served; second, this was a club for any student (and faculty members) whose life had been touched by prison.

One in 28 kids in the United States has a parent in prison. That number explodes when you add siblings, friends, aunts, uncles and friends, to the mix. Amy and Dennis knew these kids needed to know they weren’t alone. They understood that these were kids who too often kept this salient fact of their life a secret  for fear of what others would say or think about them.

Friedman was already deeply involved with prison politics. Before she married Dennis in 2002, she had married a man who was in prison. She had helped to raise his daughters and knew firsthand the shaming that came with loving someone in prison. Her girls always kept their father’s whereabouts a secret, and that secret weighed on them—leading to isolation, difficulty in school, depression. As Dennis came to know and love Amy’s stepdaughters, his sensitivity to this particular secret grew, and he began to recognize how many of his own students—across all ethnicities and socio-economic levels –were affected by this same struggle. Amy and Dennis had for years talked about doing something to help these kids. And one day they decided they would start a club. 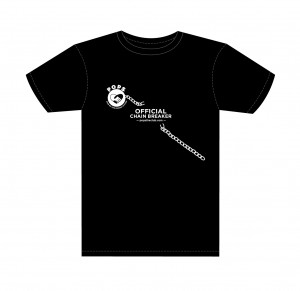 Serving lunch was important, they decided, because nothing breaks down barriers like sharing a meal. They also knew they would help the kids learn to tell their stories—out loud and in writing. They invited guest speakers—among them Elizabeth Calvin of Human Rights Watch, Bruce Lisker, a wrongfully convicted man who served 17 years for a crime he did not commit; Scott Budnick, creator of the Anti-Recidivism Coalition; Kelley Whitis of Linda’s Voice, and many more. They also created a website featuring their students’ writings and artwork.

Since that first meeting a little less than 2 years ago, the club has adopted a name: P.O.P.s (Pain of the Prison System), the club.  They’ve  expanded to more than 60 members in just that single Venice High club, and new clubs will soon be opening in schools across the country. The POPS website (www.popstheclub) has expanded, and beginning in early September, The Good Men Project began featuring, each Sunday, stories and poems by the POPS kids.  POPS the club has published a (first annual) anthology of the students’ work, and stories have been featured in the San Quentin News, on Zocalo Public Square, on Madeleine Brand’s Press Play on NPR, and in November in the California Teachers’ Association Magazine.

Thanks to POPS co-founder Anastasia Stanecki, On Thursday evening, October 16, Tim Allen is offering his talents to POPStheclub.com, Inc., a 501 c (3), as he headlines the first POPS Fundraiser at The Laugh Factory. Everyone over 18 is welcome. Also appearing will be comedian Lowell Sanders, and host Frazer Smith of KLOS Radio.