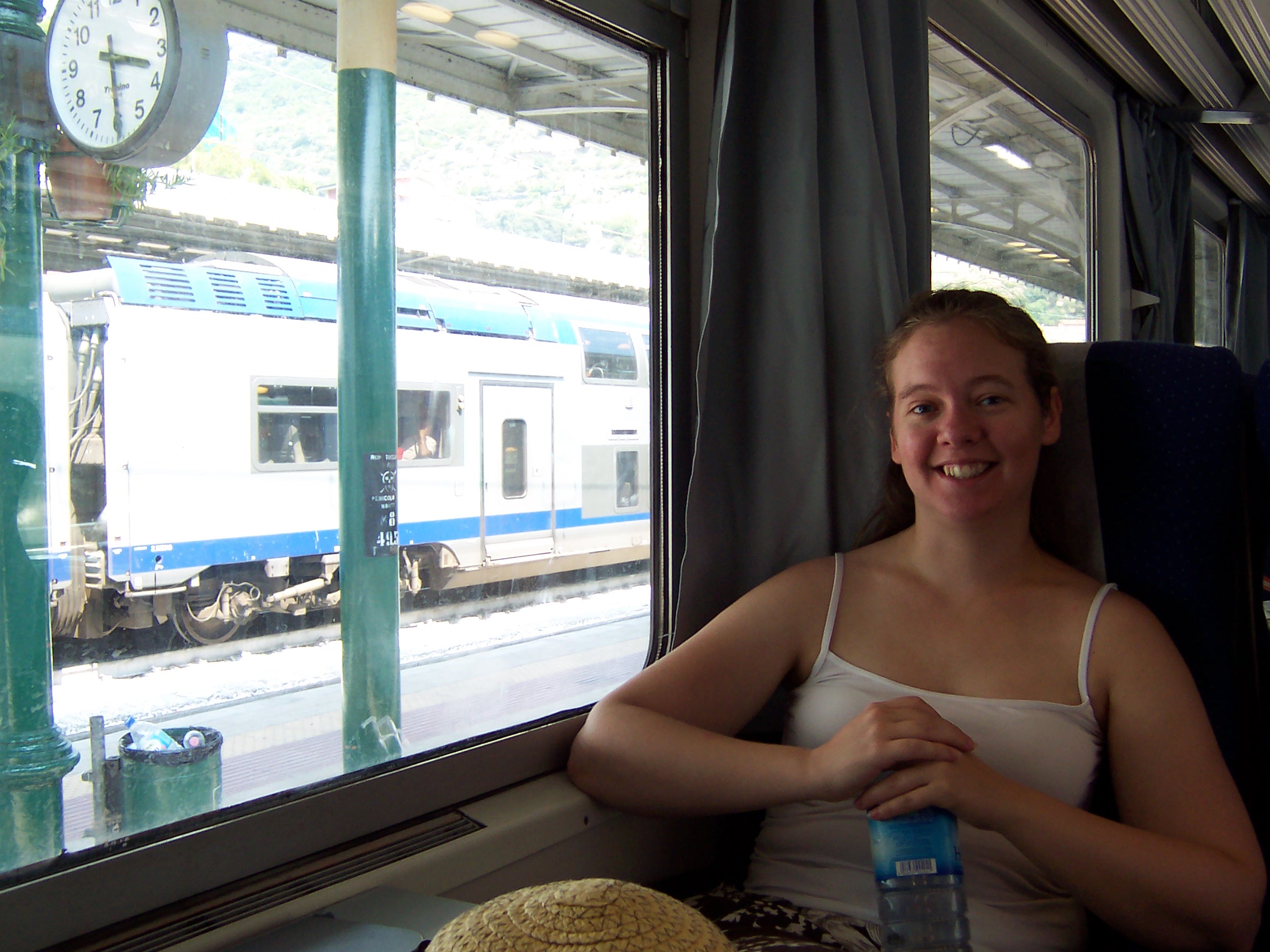 In my mid-20’s, my husband and I lived in a tiny townhouse, which was part of a small city at the epicenter of nowhere in a botched effort to be halfway to everywhere, namely college for him and work for me.

We were tripping over our cat, Elryck, and boxes that never got unpacked. Then my husband was deployed during Operation: Iraqi Freedom for 15 months and suddenly our little townhouse seemed way too big and the universe was merely a shadow threatening to engulf me. I suppose it was a direct result of my concerns over the future and the unknown.

I worked a great deal of overtime back then and the hour-long commute gave me time to think. Sometimes I thrilled over what a great opportunity my job turned out to be and sometimes thoughts dwindled while I listened to the radio about the newest incidents in the Green Zone. I did both while waiting for trains to pass over the several railroad tracks I passed daily, listening to the roar of engines and looking at the reflection of the rusty water beneath rickety bridges. I was young, fearless about my job, passionate about life, and outwardly indifferent to my husband’s disappearance. Inside, I was a melting pot of emotions.

I had started traveling at a young age with my parents. It was never too extravagant. Trips to Canada in a camper were not uncommon and we made it as far south as Florida in a station wagon, but it fueled a fire. I dreamt of bigger things in other lands.

When I was 10, I bought a bargain book about Bali, full of glossy pages and photos that bled off the pages and seeped into my dreams. I’d turn the pages over and over, the corners of the hardbound book leaving imprints in my arms as I leaned against it for long hours, looking at dragons dancing, strangely pierced ears, and food elegantly displayed on banana leaves. Before I could read other languages, I was making up my own and singing songs about cultures I really knew nothing about. Every glance across the misty, tree-covered hillside was a glimpse at some far away jungle. Every key unlocked a door to another world.

Needless to say, I felt entangled and torn between loathing for my husband’s departure and a yearning to go with him. When he returned to the United States for rest and relaxation after 14 months away, he had two weeks to visit. Most soldiers chose to spend that time at home with their friends and families. We chose to spend it travelling in Europe.

We travelled to Paris because we reasoned we would not need a car just to hop on the metro and we knew enough about the language to muddle our way through without too much embarrassment. But the truth is, it could have been anywhere. We didn’t care. We just wanted to get away. Get away from the isolation we felt from being apart, the desolation of a country shocked by recent events, a town too full of unemployment and disappointment. And from the constraints we felt so heavily over us.

We considered the awkwardness that might come from the residents of other countries, those that did not agree with the American occupation. Instead, we found that most people were curious about what we thought of current events and sought reassurance that Americans were not as crass about international affairs as it would seem with terms such as “freedom fries” and “un-American” being flailed about.

When my husband travelled back through the airport with his uniform on, Americans looked on. Perfect strangers offered him free lunches at the airport restaurants, shook his hand in the waiting areas, and offered to let him stand in front of them in long lines at water fountains.

I didn’t realize it then, but what I was waiting for more than anything else was freedom: Freedom of opinion, freedom from war, freedom from economic hardships, freedom of a world without borders. And while I hugged my husband goodbye at the end of that journey, knowing we had a few short months before his return, I felt farther away from those boundaries that held us apart and a little closer to freedom.

About the Author: Tera Eliot is an avid reader, traveler, and knowledge seeker. When she’s not chasing her toddler, she’s in the library with her nose in a book or plotting her next big adventure. Her favorite location is the Mercantour National Park in France.

Australia: The Head of the Carpet Snake
San Francisco For The Freeman
Kenya, Africa: A Mother and Her Cubs
Scottish Coast: Fringed with Gold - Fish 'n' chips

One response to “Operation Iraqi Freedom”