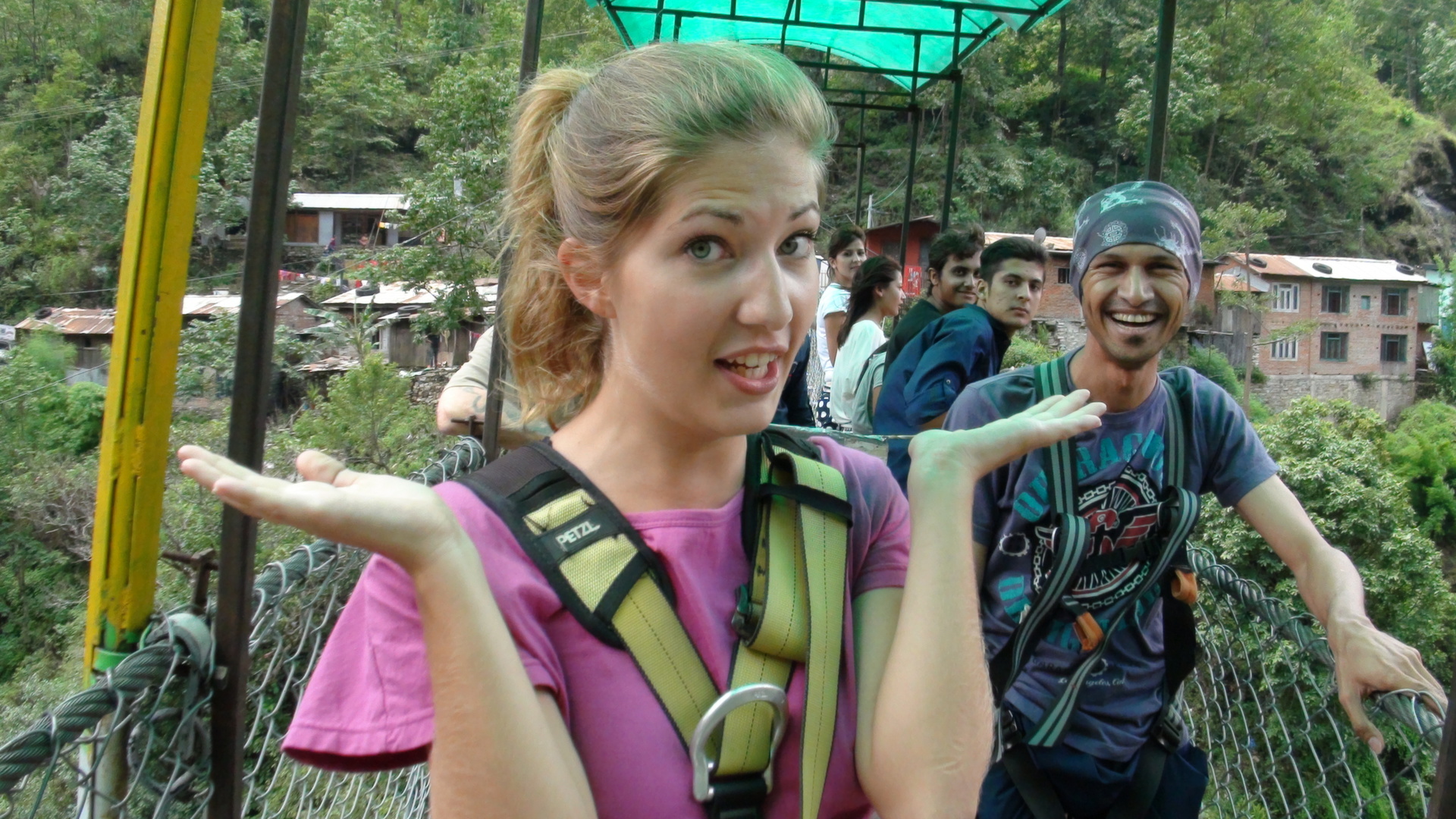 Fear is a powerful emotion.

Though it comes in useful when making decisions such as whether or not to put your hand on a hot stove, pet the rabid dog or step into on-coming traffic, it can often be debilitating. Fear can prevent us from taking risks that could significantly benefit our lives or the lives of others. It can stop us from asking out our potential spouse, going for that dream job or standing up for what we believe in. Unnecessary fear can be a limitation that hampers our freedom to go after what we really want.

For me, bungee jumping was never even a consideration.

Aside from the fact I really had no interest in the activity, my mother had firmly ingrained this “bungee jumping is dangerous and equals sudden death” mentality into my head since I was a child. That stuff runs deep. 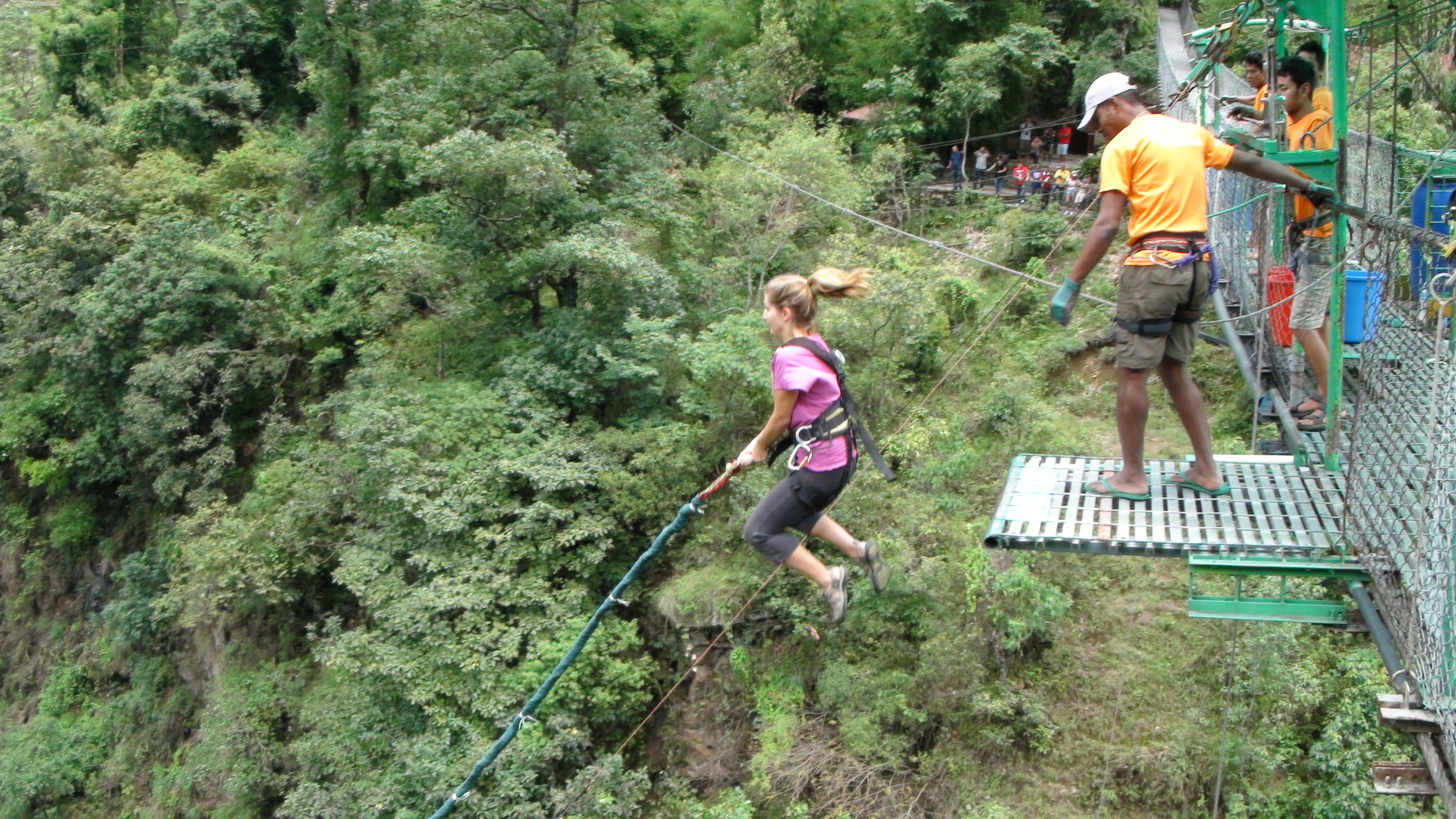 But the minute I landed in Kathmandu, Nepal and saw the bungee jumping advertisements, something changed. My birthday was coming up, and somehow that firmly ingrained idea of “never” changed into “wouldn’t it be crazy if…” While 28 has never been considered a milestone, this birthday was coming near the end of my once-in-a-lifetime epic journey throughout Asia, and I knew I wanted it to be special.

When I met up with my friend Naren and semi-jokingly put forth the idea, his very enthusiastic “Yes, we’re doing it!” scared the daylights out of me. Though my reply was “Let me think about it,” my sharply rising anxiety levels told me the decision had already been made: I was going to jump. 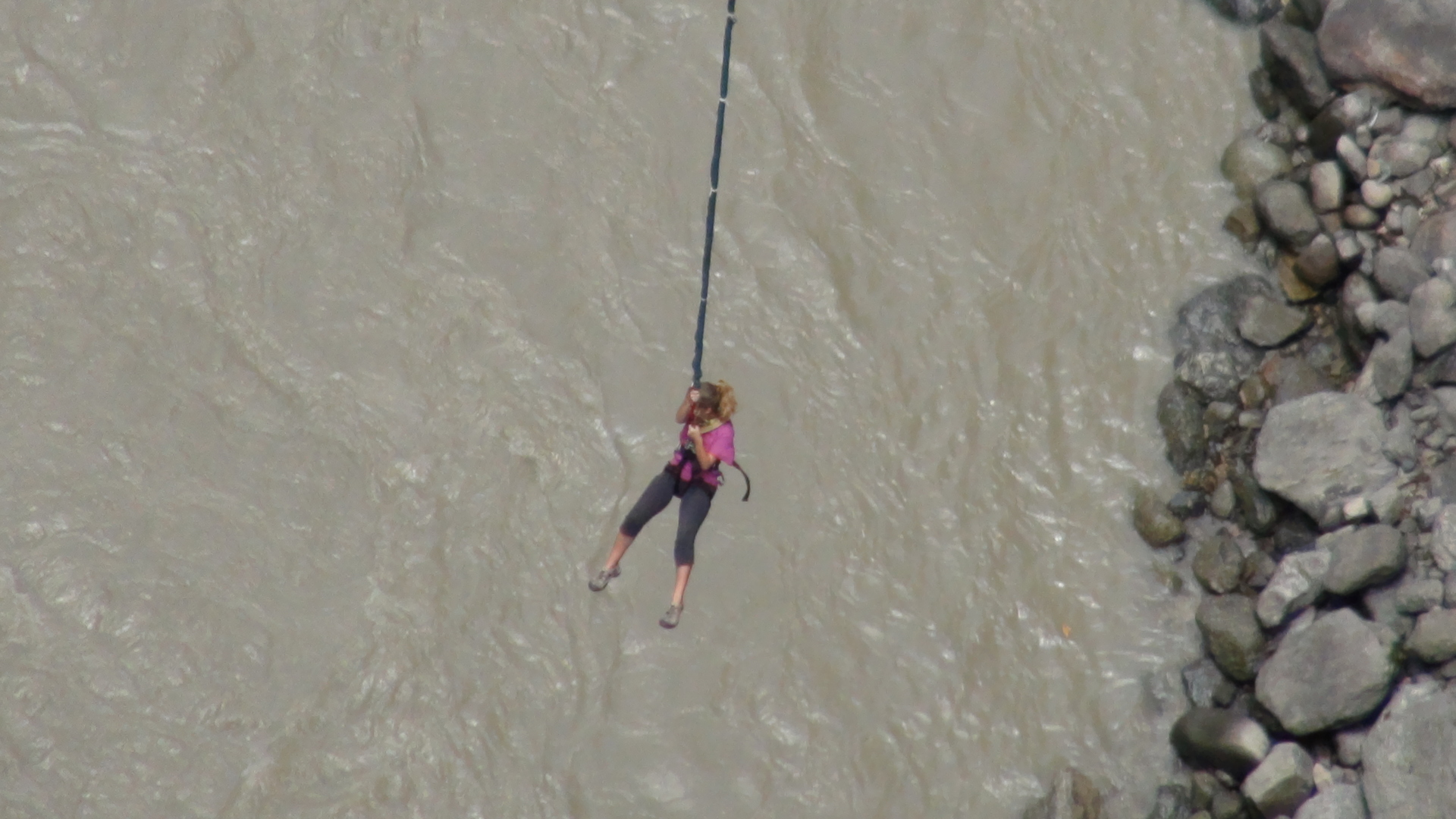 For days, my fake indecisive self was stressing out. I suddenly found the need shop constantly, eat everything (how many momos are too many?) and sleep was fleeting. I didn’t know how I was going to pull this off.

These simple words struck a chord with me. What exactly was I afraid of? Were these fears justified? Did I really think I would get injured (or worse) bungee jumping?

The answer was no. I was afraid of the intensity of an adrenaline rush I had never experienced before, and that was not a good enough reason to back out. 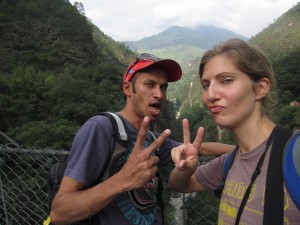 I decided that I could control my reaction to how this jump turned out and whether or not it would be a positive or negative experience. If I chickened out, I not only lost $100 but my pride. I was going to own this jump. Like a boss.

When we reached the mountains, I think everyone in the bus had a moment of “Oh crap, are we actually doing this?” Then it was the briefing: stand here, hold this, don’t look down…

Then the moment of truth: time to walk the plank. To my surprise, the line moved along quickly, and I was running out of chicken-out moments. Harness on, inches from the jumping platform, I asked the jump master to give me a second to catch my bearings. He smiled and said, “Don’t worry, you get three.” Very funny, that one.

As Naren waited a few feet behind me, anticipating a highly-dramatic, song-and-dance freak out routine, I chanted to myself: “Darr Ke Aage, Jeet Hai.” My mind went suddenly clear. I felt the pull of the canyon line, looked ahead to the mountains and did the only action required of me: I jumped. 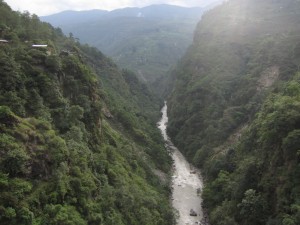 Like a second before, my mind went blank, I didn’t even scream. Instead, I felt my eyes get very large as I took in the blurry mountains, trees and river that were rushing by all around me. For seven seconds, I was weightless, and though it was by far the biggest adventure rush I had ever had, it wasn’t nearly as scary as I thought it would be. And when I felt the harness catch (yay, I survived!), the leisurely swing through the canyon provided one of the most beautiful sights I’ve ever seen.

But more incredible and unexpected than anything was the immense sense of satisfaction I felt afterward. I had faced my fears and won. And the feeling was truly victorious.

But more than victorious, the feeling was truly freeing. I had literally jumped into the unknown and walked away with a courage and strength that would last far longer than my seven-second free fall. I walked away with a freedom to overcome my fears, and that is a feeling that will last a lifetime.

About the Author: Erica Hobbs is a traveler, writer and journalist with a passion for adventure. After graduating from the University of Michigan in 2006, she worked in print, digital and broadcast journalism before moving to Malaysia to take a public relations job. She currently works a freelance journalist in Michigan and continues to seek adventures within her home state.

New Mexico: Freedom On The Ground
India: Road Tripping to the Taj
Tibet: Finding freedom in an Unfree World
In Search of Heathcliff on The Yorkshire Moors