My Trip to Yosemite 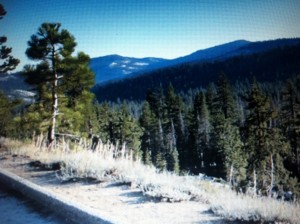 When I was in third grade, we had to do a report on a landform in the United States. I spent days trying to think of a topic. At the age of nine, I really didn’t know what the world was like. Of course, I’ve seen programs on the nature channel about national parks, but I never really understood the point of preserving these areas. I asked the teacher if I could do my report on Yosemite National Park, but she told me it was too broad of a topic.

I was disappointed when I heard this news, but immediately a more specific topic popped into my head. I remembered something I had once read in a book about Yosemite. It was mentioned briefly, accompanied by only one fact: it was the tallest waterfall in the United States. I knew most people had no idea what Yosemite Falls was, but that was what excited me. I wanted the opportunity to prove myself to the other students. Most of them were bullies who had been spreading terrible rumors about me the whole year. I wanted to show them I was smart, and I did. I got an excellent grade on the project, and I was really proud.

I met a lot of challenges while I was doing this project, but I persevered and wrote a great essay. Unfortunately, I had to present it to the class, and I have always been afraid of public speaking. So, I asked my mother to help me practice. Even in elementary school, I had some experience writing, and my report instantly painted a beautiful picture in my mother’s head. She suddenly wanted to see Yosemite falls, and she wanted to go as soon as possible.

We planned the trip for summer break, but sadly, my mother developed cancer and had to go through treatment that summer. As soon as she finished chemotherapy, we rescheduled the trip to celebrate. We planned it over spring break, and I would be spending my birthday there.

The day spring break began, my mother woke me up at four o’clock in the morning. I was really tired, but I didn’t argue.

I was perfectly happy to show up at the airport at five, and then board the plane at around six thirty. The flight was long, and we stopped for a half hour in Houston. I ate lunch there, and then we boarded our connecting flight to Fresno. From there, we drove to our hotel, which was located about an hour outside of the park.

The next day, we began the drive to Yosemite Valley. We rode across bridges, through tunnels, and on long, winding roads which hugged the mountain sides, only feet from a sheer drop. I am still amazed that I wasn’t nervous, even though my parents were. Something inside me told me that there was something to look forward to. I was right; the first view of Yosemite Valley was the most amazing thing I have ever seen.

We came out of a long tunnel to see the valley which had been hidden from view. As soon as I looked, I was speechless with shock. Tall mountains surrounded us, reaching higher than any I have ever seen. It’s impossible to imagine the beauty in the valley unless you’ve been there yourself. I had expected a slope covered with sequoia trees and wildflowers. I found paradise instead. Round dome formations jutted out of the mountains. Huge trees, taller than I had ever thought possible, grew everywhere. I had expected to see only Yosemite Falls, but I could clearly see every waterfall in the valley. There we so many. The water rained down, every droplet glittering like a crystal. Leaves of every color littered the ground. Little red squirrels ran everywhere, along with other small native animals I’ve never seen before. When we parked and stepped out, the air smelled sweetly of wildflowers.

We spent twenty minutes enjoying the view and taking pictures, and then headed down to the café for lunch. I hastily gulped down a tuna fish sandwich, waiting to see more of the park. We spent the rest of the day in the valley, and my birthday seeing the giant sequoia trees, which had impressed me the most.

After my trip, I learned to love nature. The streets of the city seemed dull and lifeless. It took me weeks just to stop thinking about Yosemite for a moment. My personality has changed from my visit, and I began to think about the world around me from a new perspective. Yosemite was definitely the greatest place I’ve ever been, and probably the most beautiful part of the whole world.

About the Author: My name is Rebecca Rhodes and I am thirteen years old. I am currently enrolled in 8th grade and I am looking in to a writing prime for high school. I enjoy writing and love to share my experiences with others.

A Place I Love: Los Angeles
Movies in Malaysia
Nominated as Book Critic! March 2021: Niver's News
To the Lake in Maryland

One response to “My Trip to Yosemite”