This is an entry in the We Said Go Travel Writing Contest written by Fang Wei Goh from Singapore. Thanks for your entry Fang Wei!

India is a country that I have been to 5 times since 2009. People visit India for their own various reasons; some are followers of the late spiritual guru Sai Baba while others seek to practise yoga. I first went to India out of curiosity as a Sociology student and keep finding myself going back. Not without vehement objections from my family and friends, of course. Coming from Singapore-perceived to be a place where nothing can go wrong to India where nothing seems to go right, saying that I had a culture shock there is an understatement.

As a professor in Hyderabad has remarked, visitors to India will only have two reactions: love her or hate her. I have a love-hate relationship with the country. No visitor can escape the witnessing of her dirtiness and poverty but India is so much more than just that. This country is one of a kind. Whatever you say about India; it is true and so is the opposite. 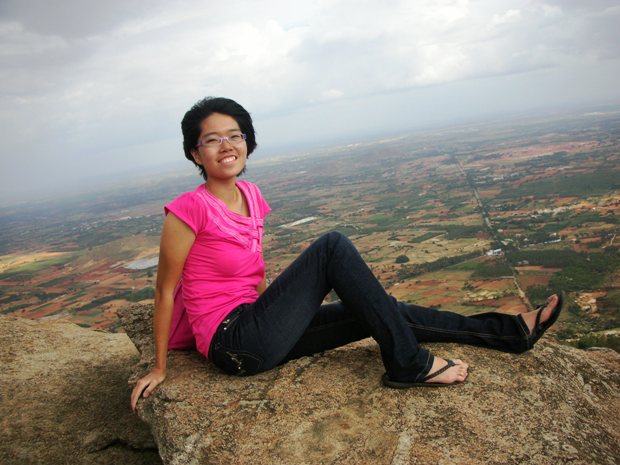 Whoever thinks that all Indians have dark skin and look similar would be surprised to find that North Indians are fair and Northeast Indians have an Oriental appearance. This is how I-a Chinese was able to sometimes pass off as an Indian from Assam and avoid paying the tourist price at places of interest. Often, a tourist ticket can cost ten times as much as a local ticket. Nevertheless, I like this policy of making it affordable for domestic tourists to visit other parts of their own country. India is so diverse; a different state can be as unfamiliar to an Indian from another state as to a foreigner like me.

India is currently at the crossroads of tradition and modernity. Like other major cities worldwide, her capital Delhi has the same multinational brands. McDonalds prides itself for always offering customers a uniform experience in food and environment no matter which country they are in but Delhi gave me my first experience of a blackout in McDonalds. Accustomed to such occurrences, my Indian friends did not bat an eyelid and just said “Welcome to India”.

Of the places that I have been to, the greatest finds are yet to be flocked by tourists. Most people dismiss Bangalore as an unexciting IT city but the scenery at Nandi Hills took my breath away. The Naida Caves in Diu was also a phenomenal sight. The Tiger Fort in Jaipur is always crowded with people during the day but it is transformed into a very tranquil and romantic spot at night. The list of tourist sites is endless but my best takeaway is that just by being in India, I feel spurred to push my boundaries. Things that I will never think of doing back home, I begin to ask myself “why not”.

Riding pillion on a motorbike for 2 weeks without a helmet and boarding an illegal cab alone are just a few of the crazy things that I did, admittedly without much thinking back then. I would not be so reckless now but I urge those visiting India not to be overcome by paranoia. Personally, I find that, for every person in India who tries to harm you, there is someone who will help you. On our part, we just have to exercise caution and trust our instincts.

Once we let go of our fear and prejudice, there is plenty that India offers. Some of the best entertainment is free. The highways are filled with cheesy road signs such as“It is always better to be Mr late than being late Mr” and when you go to the cinema in smaller towns, the animated responses of the audience can be more amusing than the movie itself. On the road, you can find yourself surrounded by resilient beggars, entrepreneurial hawkers and sleepy buffaloes, all at the same time. Even when I was climbing the Himalayas, I met an inspiring group of environmentalists called Mountain Cleaners!

I always remind myself that when I travel, I am not the only one forming ideas about other people. In a Mumbai slum, one of the leaders had visited Singapore before. He shared that when he mentioned the word “India”, the reaction he received was people’s wrinkling of noses to indicate their view of India as smelly. This was a humbling experience. Of the 22 countries that I have visited so far, only the eateries in India have the practice of offering diners mouth fresheners (pan masala) after a meal. Who are we then to judge India?

I chose the title My Incredible India because this is my love story. Not everyone will fall in love with India like I did but to borrow and use Mother Theresa’s quote in the context of traveling, “find your own Calcutta” and spread the love.

About the Author: I am Fang Wei, a 26 years old female who is born and bred in Singapore. I handle the student exchange programme at National University of Singapore International Relations Office so I get to travel for both work and leisure. I am an avid couchsurfer and postcrosser (http://www.postcrossing.com/user/Windgurl).

8 responses to “My Incredible India”