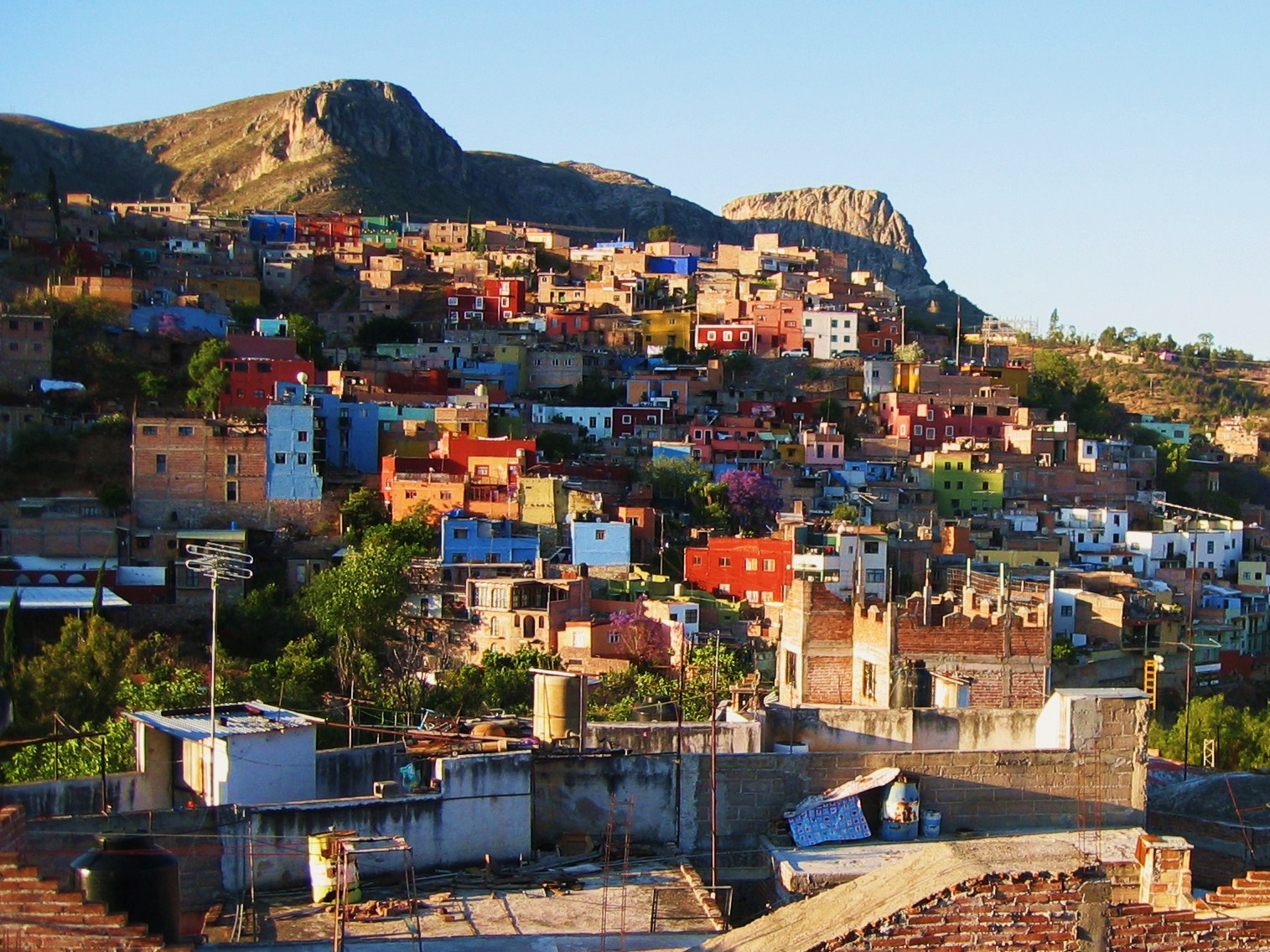 The burning sensation in my thighs and glutes fades as I take in the scene before me. The thin, dry mountain air feels light and exhilarating. The wide open space makes me want to spin around and sing like Julie Andrews. Hiking these hills is one of the special perks of living here. This high from being high (about 2,017 meters/ 6,617 feet above sea level) is one of many ways Guanajuato makes me feel free.

I had come to this town, one of Mexico’s famed “silver cities,” as a tourist years before. I remembered the hills, the architecture and the handicrafts. When an opportunity came up to live here as a house-sitter, I jumped at the chance.

The first thing Guanajuato freed me from was the garbage in my head. Upon arriving, I enrolled in a language emersion program – Spanish classes for three hour per day, five days per week. Many of my classes were one on one. No time for spacing out and letting another student carry the load. I had to give 110% of my attention. For a few hours after class, my brain would stay “in Spanish” and I found myself remarkably free of degrading self-talk and senseless worrying. I simply didn’t have the vocabulary. (Not knowing the word for “should” is a wonderful thing!) Instead, my thoughts were like my grammar – limited to the present tense. It was fabulous therapy.

As I became more confident in my Spanish, I also began to learn my way around. Many Spanish colonial cities are laid out in neat and tidy grids with “avenidas” running north-south, and “calles” running east-west. Not so Guanajuato. Instead, it is a labyrinth of winding alleys which twist and climb in every direction. The brightly colored houses, and grand colonial architecture of Guanajuato spill down the sides of a canyon. This is an inconvenient and unlikely place to build a city, but the surrounding hills are filled with silver, which the Spanish wanted to exploit. Walking somewhere and back, you often find yourself going uphill both ways. Seven years after my arrival, I still barely have a feel for North, South, East and West. Up and down are the relevant directions here. Along with spectacular vistas, those alleyways offered another reward. After six months, I found I’d lost 30 pounds. Talk about liberating! (This, in spite of taking full advantage of the tamales, empanadas, fresh-squeezed orange juice, enchiladas, micheladas and French bread rolls.)

However, I think the greatest sense of freedom comes from having the luxury of being in a foreign place with time to stand still. Culture is both defining and limiting. It’s hard to break the bonds of one’s own culture because you can’t see them. It’s like air, everywhere and therefore invisible. Living in a different culture means encountering people approaching things in a different way. 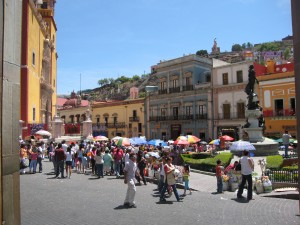 The question, “Why do they do it like that?” is quickly followed by another question. “Why do we do it like this?” Suddenly there is a choice where things were once automatic. I know that my enjoyment of being here does not mean that this culture is superior. I don’t think you can ever say one culture is better than another. There are many things – the religious conservatism, hierarchical thinking, and the way everything is over-sexualized – that baffle and sometimes bother me. But since I am obviously an outsider, no one expects the cultural norms here to apply to me. They know that gringos sometime do weird things – prefer living alone, wear ugly but practical shoes, maybe don’t believe in Catholicism. As an expat, I am free to view both cultures from the outside and embrace the parts I like.

It is evening now and I sit on my balcony watching the light change as day gives way to twilight. The hills cast dramatic shadows on one another and the rainbow-colored houses pass through a million different hues as they fade into darkness. A drum and bugle corps starts up in the distance, shattering the quiet, but not the peace. Freed from mental and physical baggage, and from the restrictions of culture, I now indulge in enjoying that greatest of all treasures- free time.

About the Author: Jennifer Choban is a native Oregonian, currently living in Guanajuato, Mexico where writes, hikes, engages in home-improvement projects and attempts to improve her Spanish. Find  more stories of her travels.