Living Beyond Breast Cancer: “We Can Survive” Concert Oct 24

STAR-STUDDED “WE CAN SURVIVE” CONCERT

AT THE HOLLYWOOD BOWL TO BENEFIT

and Gwen Stefani to Headline 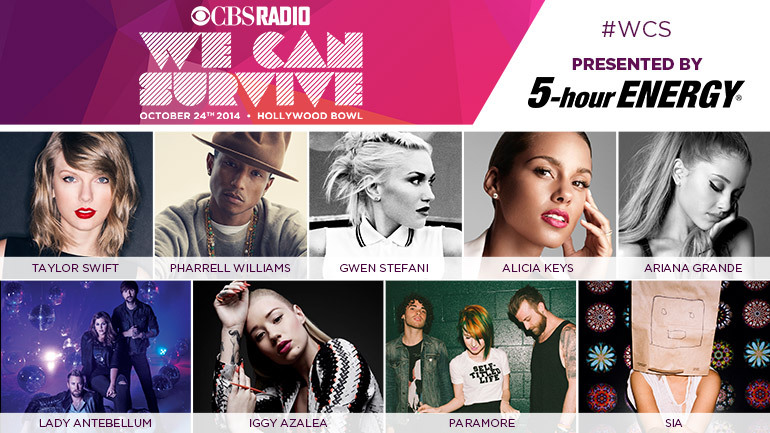 Join me at the We Can Survive Concert presented by 5-hour ENERGY and CBS Radio benefiting Living Beyond Breast Cancer at the Hollywood Bowl in Los Angeles, California.

The concert has an incredible lineup of artists including Taylor Swift, Pharrell Williams, Ariana Grande, Iggy Azalea, Sia, Paramore, Lady Antebellum and will include a special performance by Gwen Stefani. A $25,000 donation will be made to LBBC to further their mission of connecting people with trusted breast cancer information and a community of support. 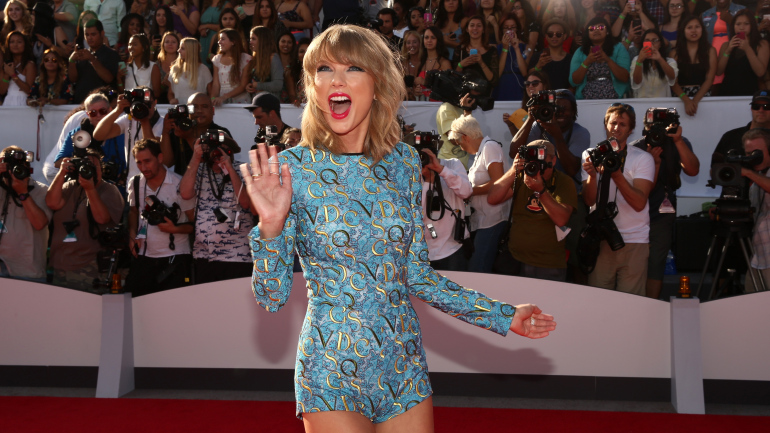 In addition to funds, the We Can Survive concert will raise awareness of and involvement in LBBC’s mission of connecting people with trusted breast cancer information and a community of support. LBBC offers programs, materials, yoga events across the country and more to help women at all stages of diagnosis. 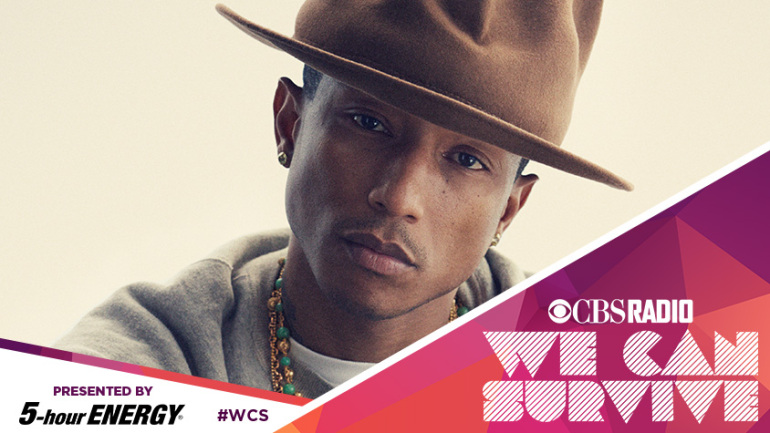 About Living Beyond Breast Cancer

Living Beyond Breast Cancer (LBBC) is a national nonprofit organization whose mission is to connect people with trusted breast cancer information and a community of support. Founded in 1991, LBBC  addresses the current needs of people affected by breast cancer, whether they are newly diagnosed, in treatment, recovery or living with a history of or managing a metastatic form of the disease. 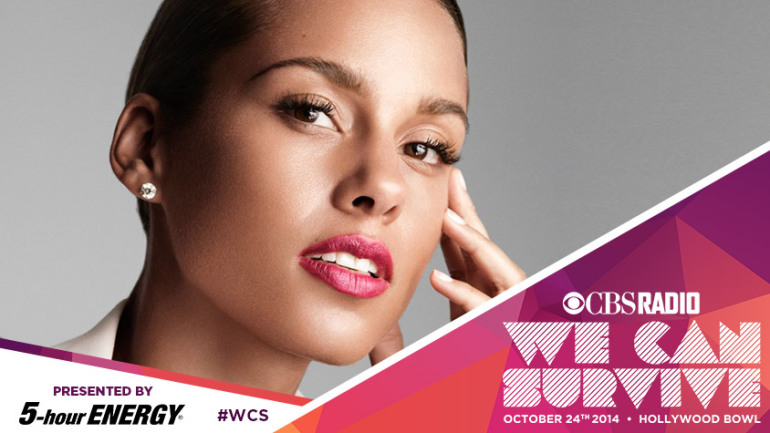 Resources are developed in collaboration with the nation’s leading oncologists, health professionals and ally organizations and are delivered by people who understand the physical and emotional complexities of breast cancer. LBBC offers its programs and services in a variety of formats, in person, and through its toll-free Breast Cancer Helpline. For more information, visit www.lbbc.org and on Twitter @LivingBeyondBC 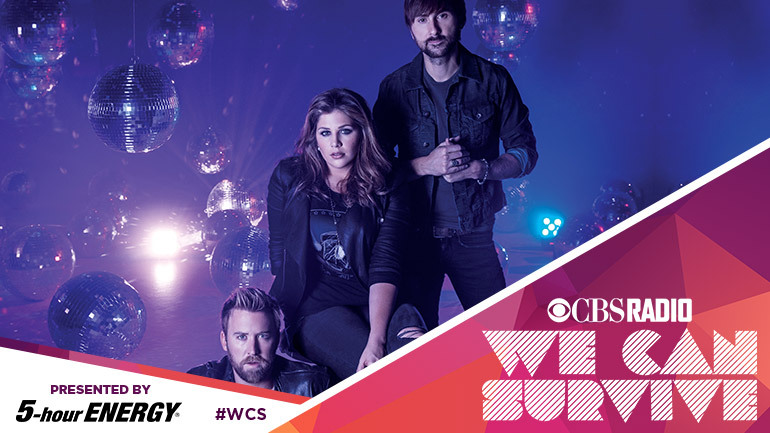 What Have the Performers BeenUp To?

The last few weeks for Taylor Swift have been her biggest in eons. We already have heard three songs at her new album 1989 — “Shake It Off”, “Out of the Woods” and “Welcome to New York” — in addition to various secret pizza parties and listening sessions for her fans. She already said she’d be playing new songs at We Can Survive. Will it be one we haven’t heard yet? Jack Antonoff told usin an interview that he worked on another song on her album 1989. Maybe that’ll be the one.

Ever since storming back into the spotlight in a big way with “Happy,” all while wearing the most memorable hat of the year, Pharrell has become a more literal household name by manning a chair on The Voice. Live, he has made noteworthy appearances at the NFL’s opening game and willheadline the upcoming Odd Future Carnival in November. Where he finds the time to make music videos like the one for “It Girl” is anyone’s guess.

My Everything is only two months old, but it is safe to say that 2014 has been Ariana Grande‘s breakout year, and not just in music. From her SNL season premiere appearance and an upcoming role in the animated Underdogs to her hilarious spot on Ellen and her pitching of water, Grande has found countless ways to into our homes and hearts. But if you think that makes her massive winter tour an afterthought, you’d be dead wrong.

Lady Antebellum have been busy since and leading up to the release of their new album 747 on Sept. 30, their sixth LP. But the lead-up to the album saw a bevy of promotion in terms of music videos (“I Did For You”) and advance songs (“Freestyle”). They even sat down to talk withRadio.com about leaving their comfort zone. And We Can Survive isn’t the only recent instance of the country stars giving back, as they recently set forth fulfilling seven fans wishes in seven days.

We Can Survive isn’t the exploding Australian rap star Iggy Azalea‘s only high profile appearance in the coming days. The very next day, she will be premiering a new song on Saturday Night Live. And though she is making headlines with a different upcoming new song featuring Ellie Goulding and aco-starring music video with Jennifer Lopez, Azalea hasn’t lost sight of her fans, as demonstrated by her recent “Doing the Gopher” at the University of Minnesota. Did we mention she led all AMA nominees with six nods? Yeah, it’s Iggy’s world and we just live in it.

It’s been a year and a half since the Hayley Williams-led band Paramore delivered their self-titled fourth LP, but that hasn’t kept the Tennessee natives from making headlines. There was Williams’ collaboration with Zedd on “Stay the Night,” videos for “Ain’t It Fun” and “Daydreaming,” and aheartfelt live tribute to Robin Williams at a Denver concert. Thought their WCS appearance will undoubtedly celebrate their past, it’s just about getting time that we can start talking about what’s next for Paramore.

While many WCS performers are celebrating career years, Sia‘s may have been the longest in the works. After years of steadily rising, the Australian pop star and songwriter finally landed her first No. 1 album with 1000 Forms of Fear in July. Since, she has collaborated with Eminem, seen Lena Dunham dance for her song and has been remixed by Blood Orange. A slot at WCS is just icing on the cake.

No Doubt frontwoman and solo star in her own right, Gwen Stefani has returned to the spotlight of late, both with her latest solo material (recent single “Baby Don’t Lie”), a collaboration with Maroon 5 on “My Heart Is Open,” and joining the cast of The Voice. Between all of that, she has found time for fun, lip syncing with fellow Voice-er Blake Shelton on The Tonight Show. And though her next album has yet to be announced, it will likely be soon, and is expected to  feature work from fellow WCS performer Pharrell.

Of all the performers for We Can Survive, the most recent lineup addition, Alicia Keys is the quietest as far as making headlines at the moment. But that doesn’t mean Keys isn’t busy. Word is she is working on her next album, which she is aiming to use it to empower women. She has also recently contributed to Pharrell’s latest album, as well as the last Spiderman soundtrack, and released a music video for “We Are Here.”

One response to “Living Beyond Breast Cancer: “We Can Survive” Concert Oct 24”