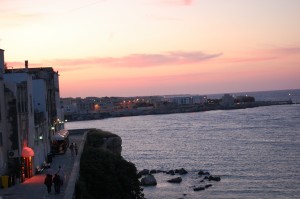 Roma Termini had changed in seven years. It was bigger. There were shops, restaurants and a newness that propped up with new millennium money. Before, Termini was dirty and dank. Prostitutes, vagrants and of course the ever present gypsies lined the outside waiting for the unsuspecting tourist. While three begged for your money and harassed you a little rascal was deftly feeling around pockets, belts and inside your shirt with scissors until he, or she found what they were looking for and then clip. More often than not they found their treasure. Ali Baba himself would have been proud. Now it was cleaner, newer. Those same prostitutes, vagrants and gypsies were still around, but they had gone underground. The 90’s were over. Italy was trying to shed its image as a dangerous place where the mafia ruled, the aforementioned gypsies clipped your pockets right in front of you and as rumor would have it people were drugged and taken off night trains anywhere from Rome headed South only to wake up the next day without a body part. I’m not sure about that last part, but I did hear the tale more than once. Over the squeaks and clanks and horns of the trains, as well as the bustle of locals and tourists from around the world the female voice over the loudspeaker monotonously rang out arrival and departure times. My train was arriving from Milan. Knowing I had fifteen minutes to spare I made my way to a new wine shop located at the northern end of Termini and looked around. I found what I was looking for, a bottle of Cesanese del Piglio. I grabbed it and headed toward the register. The clerk rung up my purchase and looked at me. He spoke to me in English. I responded in Italian. He smiled. “Buon viaggio,” he said. I smiled back. “Grazie.”

I made my way to the platform and waited with my two backpacks, a large duffle bag, my good luck charm Ferrari cap, a bottle of water, some cheese and bread and the bottle of Cesanese. I double-checked my ticket confirming my car and bunk number. Anyone who’s ever been on an Italian train knows how impatient people are to get on. I had a reservation and was in no hurry, so I waited until everybody had boarded until I made my move. There was a lot of hustle and bustle on the train, however there was nobody else in my compartment. Maybe it was my lucky night. I made sure my passport and my money were secure in my money belt strapped to my waist and situated down my pants. If somebody did want to rob me, or worse they were in for a Hell of a fight. My dad was a cop, so was my brother. I was well trained. After stowing my belongings I went out to the aisle of the train and stuck my head out an open window. I took in all the sights, sounds and smells. With me I could always close my eyes and tell you what country, city, or place I was in based on the smell. Roma Termini had held many memories and would hold many more. I was nervous, yet I felt at peace. I felt at home here. In the aisle of the train there are seats you can pull down.  As the conductor’s final whistle blew and as the night train began to trudge out of the station I pulled down one of those seats and took out my knife, my water, cheese and bread and the bottle of Cesanese del Piglio and grinned. I was exhausted, but not tired. There were many stops ahead until I would reach my final destination the following morning. The train picked up speed and the clanking of train tracks and wheels gave the indication we were changing direction. The engineers were in control and the industrious North was now to our backs. .

I cut some cheese and bread and opened my bottle of wine. The night air flowed pleasantly through the train, cooling those that were hot and warming those that were cold. A young man about my age in the next compartment sat in the aisle next to me. In Italian I offered him some wine, which he accepted.

“Where I’m from wine is the elixir of life,” he said in Italian.

“Oh yea, where are you from?” I asked back in the language of where I was.

He responded in Italian, but it wasn’t Italian. He laughed. He took a drink of wine and spoke in English.

“My friend welcome to the real Italy.”

Little did I know then the importance of his words. 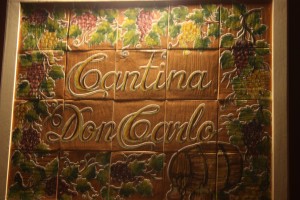